A rotary tool is arguably the most versatile tool to have in your workshop. Rotary tools are extremely handy power tools that are used for sanding, polishing, grinding, and several other applications. The attachment heads of the rotary tool give it the ability to get jobs done. They are handheld, compact, versatile, and make quick work of repetitive tasks. This tool makes the lives of woodworkers and DIY home project enthusiasts so much easier. 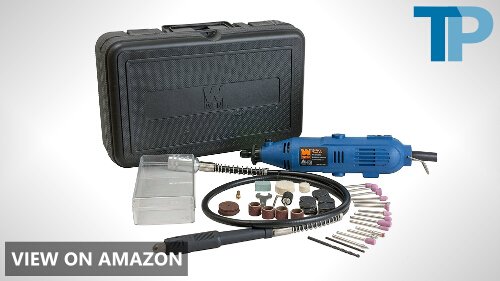 WEN is a Chinese manufacturing company that specializes in making power tools. Although the company is noted for consistently producing some of the best tools to choose from, their main focus is on making affordable tools that give value to both amateur and veteran craftsmen. When looking at WEN rotary tools, there’s no reason to doubt their ability to get stuff done, but choosing the right rotary toolkit can be tricky. For this reason, we’re going to take a look at two of their best-selling rotary toolkits – the WEN 2305 and the WEN 2307 Rotary Tool Kit – to help eliminate some of the guesswork.

Both the WEN 2305 and the 2307 rotary tools use 1.0 amp motors which provide up to 30,000 RPM. Most users found that the motor exceeds their expectations in both longevity and power. One of the only things that customers found wrong with the motor, and ultimately the unit itself, is that it overheats relatively quickly compared to other rotary tools by competing manufacturers. However, this isn’t entirely a deal breaker considering the extremely cost-efficient price tag that WEN products are known for.

In addition, their motors offer speeds ranging from 8,000 RPM to 30,000 RPM. The variable speed dial is located near the bottom of the rotary tool, and users can even alter the speed of the tool on the fly while it’s in use. The large variable speed range means that the tool can be used for several applications, including sanding at high speeds, and polishing and lower ones. Some users have even attempted and succeeded at filing their pet cat’s claws using this tool (that’s how versatile it is), but we advise you not to use the tool on any living creatures. 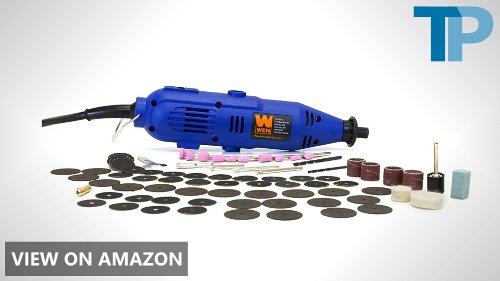 Another point to make regarding the speed of these WEN rotary tools is how much noise is produced when running. At its lowest speed (8,000 RPM), we found that the noise levels they produce aren’t too loud, but they are considerably louder than some other brand name models that run at the same speed. In addition, there’s very little vibration going on, so users don’t need to worry about losing control of the units when sanding or polishing surfaces.

However, when the tools are set to their highest speed (30,000 RPM), it can get pretty loud. You’ll need to shout lightly if you want your voice to be heard over the noise produces by these WEN rotary tools. The vibrations are ridiculous and you’ll need to exercise extreme caution when running them at their highest setting. There aren’t that many surfaces or tasks that require 30,000 RPM rotary speed, but we’re glad that these WEN tools give us the option to go fast. 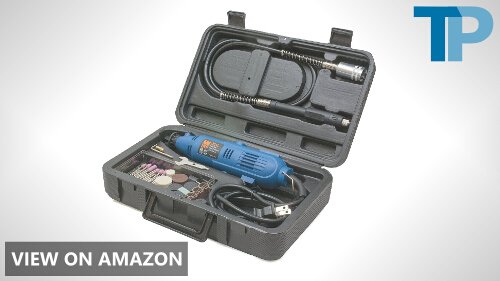 The WEN 2305 rotary toolkit comes with 80 accessories, including a flexible shaft, whereas the 2307 model comes with 100 attachments. In terms of attachments, the 2307 offers greater versatility than the 2305. However, the difference is practically insignificant since the types of attachments are virtually the same (mandrels, sanding discs, and polishing pads). The only difference between the attachments of these two kits is that the 2307 has a larger variety of bit sizes to choose from.

The great thing about both of these rotary tools is that users can attach sanding stones, buffing wheels, and cut-off wheels made by other companies. Although WEN makes high-quality power tools considering their price range, the attachments of practically every power tool they make (impact drivers, drill/drivers, etc.) are somewhat flimsy and require constant replacing. Since users can fit other company attachments to these tools, it’d be a good idea to purchase additional bits by companies like Dremel who make high-quality, heavy-duty bits. 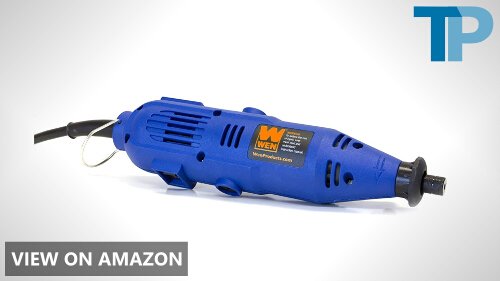 However, the one thing that makes the 2305 kit much more superior than the other rotary toolkit is that it comes with a flexible shaft. It attaches to the head of the rotary tool, and users can hold the end like a pen to polish, sand, and grind surfaces. This flexible shaft is perhaps the main selling point of this tool since, at its highest speed, there’s a significant reduction of noise and runout. Although we’re still not sure what 30,000 RPM can do for you, at least using the flexible shaft reduces overall noise volume and accuracy.

You can also fit a flexible shaft onto the 2307 rotary tool, but it doesn’t come with this package. You’ll either need to purchase it separately or shell out a few more bucks to get the package that includes the flexible shaft. 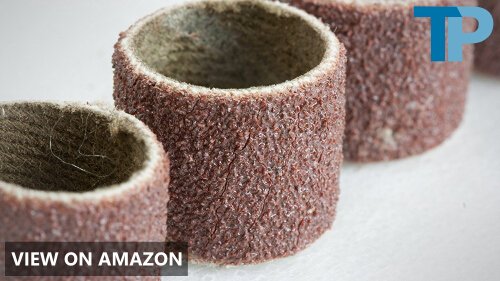 Overall, there is a huge overlap in specs between the two WEN rotary tool models. We see that the favorable reviews for both of these products are well deserved since they deliver amazing speed and versatility. Users can also fit higher-quality attachments to these tools to replace the somewhat cheap bits that come with both of these kits.

Between the WEN 2305 and the WEN 2307 rotary toolkit models, the clear winner is the 2305. However, it’s important to note that, spec-wise, these two tools are identical in practically every regard – variable speed control, power, attachment types, vibrations, and noise level. However, the only thing that makes the WEN 2305 preferable to the 2307 is that it comes with a flexible shaft. 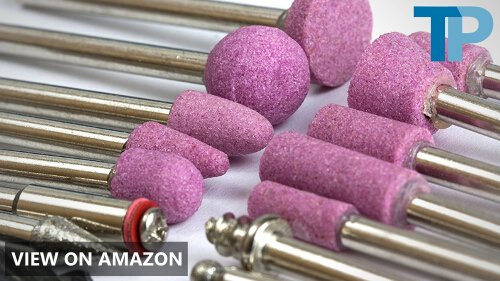 Most users found that the vibrations and the sounds produced by both of these tools can be somewhat overwhelming in small workshops. Using the flexible shaft both reduces vibrations and noise level, so if you get either of these units, you’re likely going to favor using the flex shaft over holding onto the power tool while working. 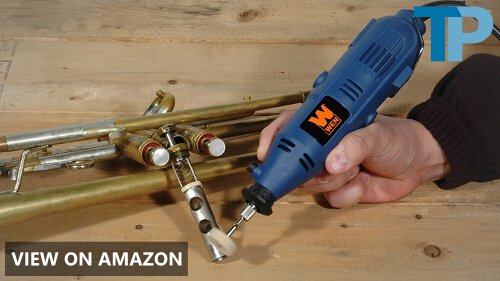