Power saws are very useful tools for both professionals and DIYers. But their specific uses can get confusing especially to those who do not do much woodworking. The types of power saws have expanded in recent years, with some models becoming very specialized into subcategories of use. This article serves as a guide to help explain what some of these power saw types can do.

This guide gives a very brief overview of what each type of power saw can be used for.

Table saws are commonly found in workshops and garages and are a favorite of professionals and DIYers alike. A circular saw blade spins at very high speeds at a stationary position and the user moves the wood into the cutting path of the blade. The blade can be moved up and down and also be placed at an angle according to the job at hand. 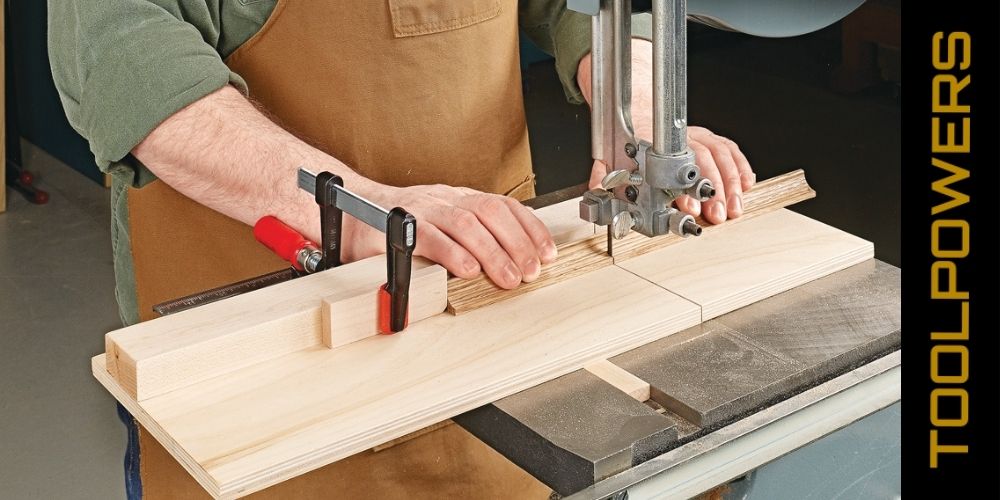 Working Principle: The saw blade of a circular saw spins on a fixed arbor while the wood is moved against the blade.

Advantages of Table Saw: The table saw enables users to make several different types of cuts easily and precisely. Users can crosscut, cut an angle with miter gauges, and rip wide boards. Depending on the brand and model, users can also tilt the blade to cut bevels. The right blade allows woodworkers to make dados.

Disadvantages: Table saws are not very portable and take up a lot of space on the workshop floor. While it can do it, it’s not the ideal tool for resawing and miter cuts. Table saws can also be unsafe. Statistics show that the highest number of workshop accidents involve a table saw. This may be in part due to the large number of people who use this popular tool. It is very important to remain vigilant while using a table saw and to always follow safety guidelines. 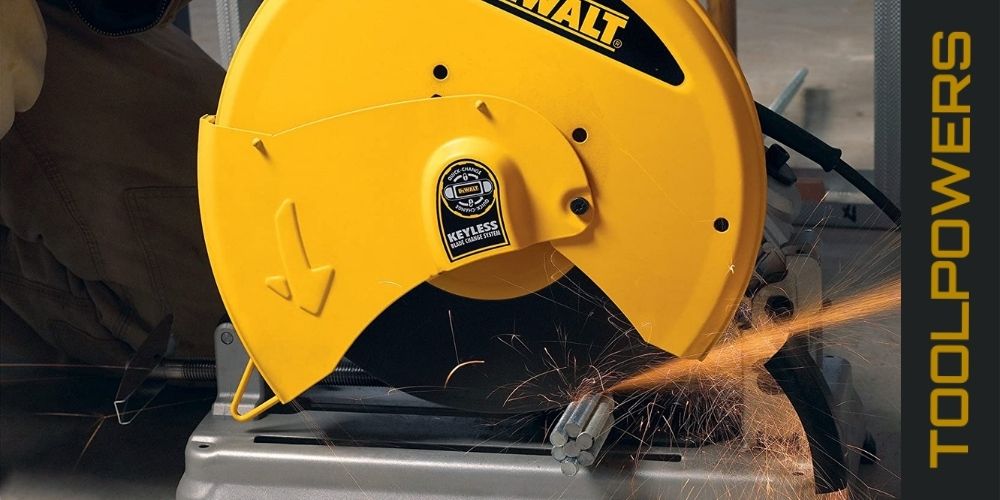 Very versatile and can make various types of cuts.

Users can cut long pieces that may not fit on a table saw.

Circular saws generally lack the precision of table saws unless you use straight edges or guide rails.

Miter saws are more specialized and are fairly common amongst professionals. A miter saw is designed to make only miter and miter-related cuts. These cuts are made at any angle besides 90 degrees along the length of the wood. Miter saws can easily make 90-degree cuts as well, but these are usually done by table saws. 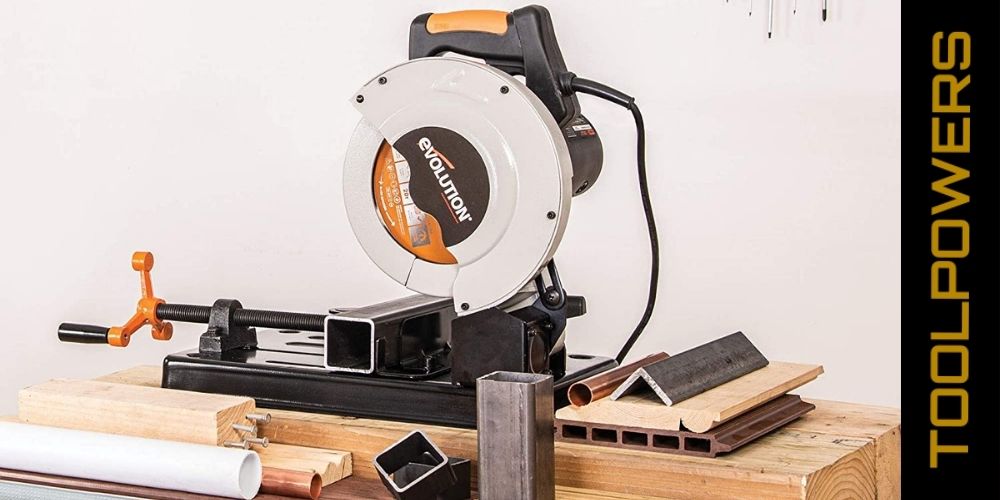 A miter saw table uses a spinning circular saw attached to a swing arm that is moved onto the workpiece. The workpiece is fixed to the table and secured against the miter saw fence to ensure that its position is square relative to the blade.

A miter saw allows you to do bevel, compound, crosscut, and miter cuts on solid wood, plywood, and plastics. They are very useful in the construction of complicated items such as frames, cabinets, and furniture. More specialized dual bevel miter saws are used for trimming crown molding and similar jobs.

Types of Miter Saws: There are different types of miter saws beyond the basics including compounding and sliding compound miter saws. For more in-depth information on these saw types, please refer to the miter saw guide.

Chops saws use an abrasive disc spinning at very high rpm on a swing arm. The workpiece is held firmly on the table and fed to the saw. This is similar to a miter saw. The major difference between the two saw types is that a chop saw utilizes an abrasive disc while the miter saw uses a toothed steel blade.

Uses: Chop saws are used primarily to make crosscuts through tough materials like metal. Like miter saws, chop saws can also cut angles but without the accuracy of a miter saw.

Radial arm saws use a blade attached to a mobile arm. In many ways, they are the opposite of a table saw. The workpiece is held in one place while the rotating saw is moved across the work surface.

Radial arm saws give users an all-purpose cutting tool that can make many kinds of cuts including compound, crosscut, and miter cuts. This feature has made radial arm saws very popular. However, they are now being replaced by miter saws mainly for safety reasons and the fact that most woodworkers do not require such a large radial saw for miter cuts. Sliding compound miter saws allow users to easily cut wider workpieces. For long rip cuts, most professionals use a table saw.

Most readers are already familiar with chainsaws. They use linkages of metal teeth to rapidly cut through various materials but are mainly used on raw wood. While chainsaws are not very precise in their cuts, this is not particularly important when cutting through large amounts of wood quickly.

Chainsaws are also a leading cause of accidents due to their popularity. Be sure to follow all safety guidelines when using a chainsaw.

Reciprocating saws rely on a rapid back and forth motion of a saw blade. This produces a sawing motion that cuts through wood. Reciprocating saws are handheld tools and can be either battery-powered or corded.

Jigsaws can cut curved and straight lines in various materials including metal, plastic, granite, tile, and wood. Another unique ability of jigsaws is cutting internal profiles. All one needs to do is drill a start hole for the blade and then begin the pattern.

Band saws work by moving a saw made from a band of serrated metal through two wheels. They are designed to cut curved objects like piping tubes. They have some of the same abilities as jigsaws but with more power. Band saws are either vertical or horizontal and come in stationary or portable variants. 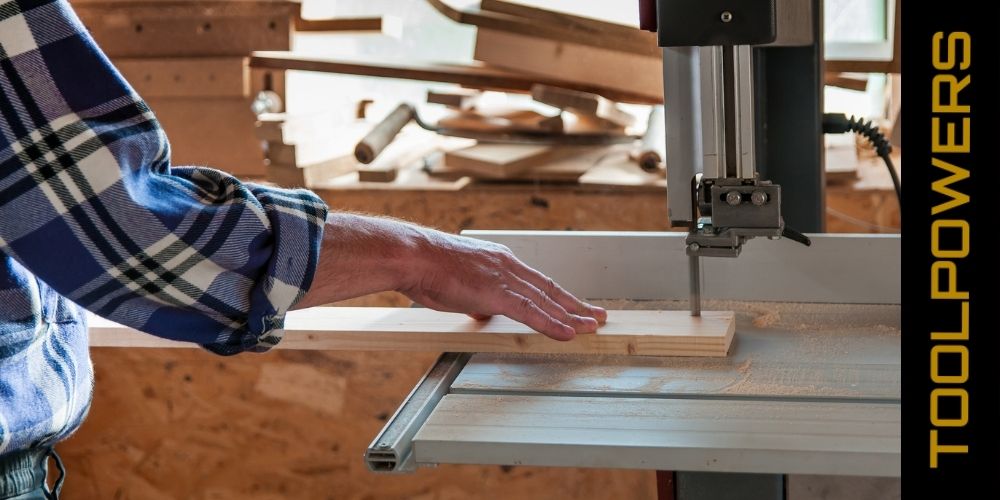 Scroll saws operate on the same premise as scroll saws, using two wheels to drive a serrated band of metal as the saw. However, scroll saws are much more precise and can make very intricate patterns into a material. They are very popular among those making wooden toys and wooden art.
Should I get a scroll saw if I own a band saw? 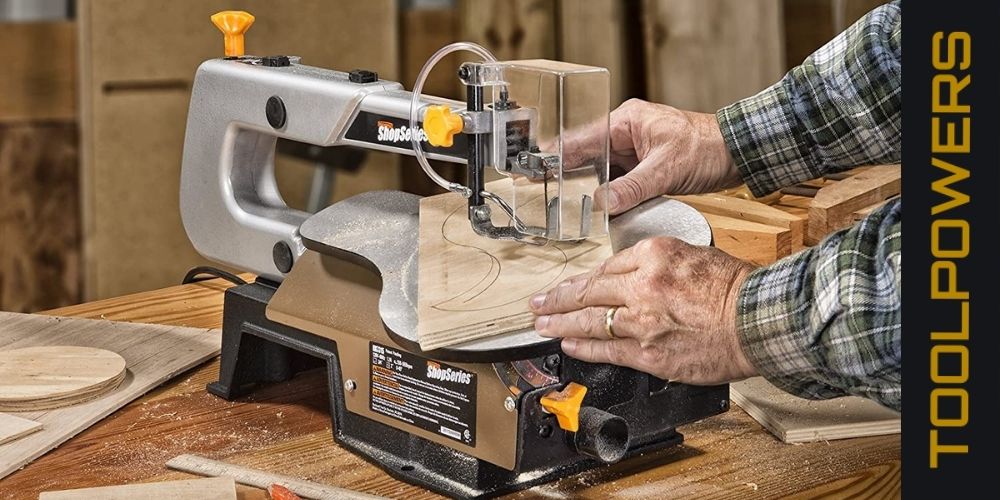 Scroll saws can cut very intricate patterns and shapes and can cut very sharp corners as well as dovetails. The catch is that it can only do so in wood that is no more than 2 inches thick. Band saws can handle thicker material but not with the accuracy seen with a scroll saw.

What are the uses of a Scroll Saw?

Panel saws have one purpose, which is to cut large panels into smaller ones. Panel saws are very large table saws, but the blade can move across the table as opposed to being stationary.

What is a Panel Saw used for?

Panel saws slice large wood boards or other material sheets into smaller rectangular segments. They can handle several materials such as plywood, solid wood, oriented strand board, MDF, and laminated sheets among others. With special blades, they can also cut aluminum and plastic. Panel saws are used generally in cabinet making.

Panel saws are either horizontal or vertical. A horizontal panel saw looks like a large table saw and takes up a large workspace. The vertical panel saw takes up much less space and therefore is a preferred choice for most.

Panel saws vs other saws

A panel saw is not a replacement for a table saw but if you need to cut large sheets, a panel saw is a very good choice.

Rip saws are designed to make rip cuts or cuts that are made in parallel to the wood grain.

The term ‘rip saw’ may confuse some people because it is sometimes used interchangeably with handsaws (non-powered) that can also make rip cuts.

Rip saws can technically fall into other categories of power saws covered in this article. However, some dedicated rip saws are designed specifically to make straight-line rip cuts. These heavy-duty machines can cut through a lot of lumber in a short amount of time. Diehl Machines was one of the first companies to develop a dedicated straight-line rip saw.

Who should get a straight-line rip saw?

A dedicated ripping saw is for those who need to process large amounts of wood quickly. For most small-scale woodworkers and carpenters, a table saw will be more than adequate. However, if you are manufacturing large numbers of items such as cabinet doors, then a dedicated straight-line rip saw will save you time and prevent wear and tear on more delicate power tools.

Track saws are circular saws with a metal track attached that is designed to increase the stability and accuracy of the saw.

How does it work?

Users attach the metal track on the workpiece and move the circular saw blade into the material while pushing forward. The riving knife located behind the saw blade helps eliminate kickback, thus producing a smoother cut.

A plunge-cut track saw can also handle wider boards than most table saws, making easy work of a 4×8 inch plywood sheet for example. They are also an ideal choice for making longer miter cuts than a sliding compound miter or table saw can reach. You can often use the plunge-cut track saw without clamps. Rubber grips below the tracks keep the track in line. And unlike regular circular saws, you can control the depth of the cut as well.

The material being worked must be stiff enough to support the track.

The distance from the edge of the cut can be controlled more accurately on a table saw.

As implied in the name, tile saws are designed to cut through thick tiling made from various materials such as porcelain, granite, marble, glass, stone, and ceramic. 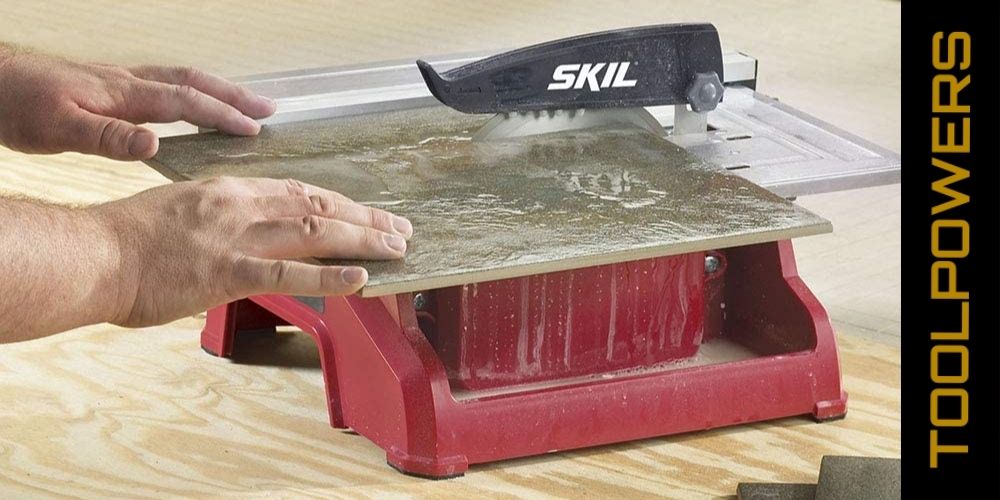 Because tiles tend to be brittle and hard, they require a saw that can cut through them without cracking. Tile saws come with diamond blades and usually rotate faster, generating more cutting power needed to produce clean cuts.

There are both wet and dry tile cutting saws. Wet tile saws use water to keep the tile and blade from overheating and to increase the accuracy of the cut.

Flooring saws are not very common but can be particularly useful when cutting flooring. They are often compact, thus allowing users to operate them in small spaces. Flooring saws are relatively easy to operate; simply lay the metal table on the floor, place the wood flooring on top, and run the blade through the wood.

What is a flooring saw used for?

Professionals are more likely to use these types of saws for doing laminated floor work. For home DIYers doing light remodeling, a jigsaw should be just as effective. The major advantages of flooring saws lie in their ability to do crosscuts, rip cuts, and mitering fairly easily. Their portability also makes them popular with building contractors.

Hopefully, this guide has given you more insight into the various types of power saws available on the market. Once you think you have discovered the right power saw for your needs, check out a more in-depth guide on its uses before buying one.