If you thought that screwdrivers were just powerless tools for driving screws, you’d be partially right. Nowadays, with batteries powering every tool imaginable, it was only a matter of time before the reliable screwdriver got a technological update. 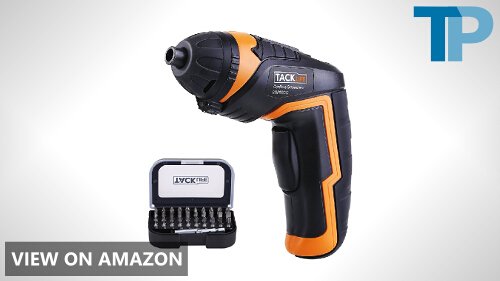 Manufacturers are also abandoning the already assembled products that your forefathers purchased from furniture stores, and now they leave it up to you guys to put it together yourselves. This is where the almighty cordless screwdriver comes in handy.

Tacklife is a power tool manufacturing company that not only produces high-quality, reliable power tools, but they focus on cutting costs and passing the savings onto their customers. Although cutting costs means sacrificing many features you’d get from competing brands, this in no way means their tools won’t do you any good.

The SDP50DC is a cordless screwdriver produced by the China-based company Tacklife, and it does everything you’d want from a budget-friendly power tool and more. Let’s see what makes the SDP50DC screwdriver so great to work with. 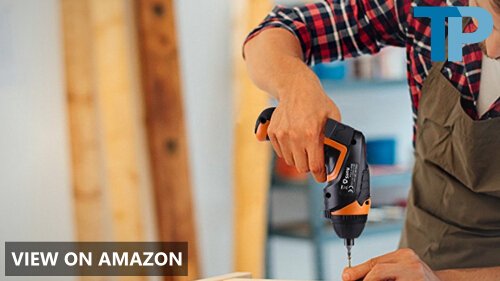 This is an extremely lightweight and compact cordless screwdriver. Without the battery, the tool only weighs 6.1 ounces. It’s effortless to lift, and it won’t draw your arm down after extended periods of use.

The length of the unit from nose to end is only 8.6 inches. Although this may not be the most compact cordless screwdriver out there, it’s easy to navigate and control in tight spaces. In addition, the length of this screwdriver gives it balance, something desperately needed from its lack of weight.

The SDP0DC is a rechargeable screwdriver, meaning we won’t ever get tangled in annoying cables and extension cords. This unit uses a single rechargeable 2000 mAh Li-Ion battery which only needs about 45 minutes to reach full capacity from 0%. In addition, it charges using a micro USB, which comes included, so you can leave it charging from your laptop or any regular power brick.

A single charge can run this power screwdriver for up to 30 minutes of constant usage. The best thing about this unit is that it requires no specially-made battery to run, so finding extra batteries for your tool isn’t a problem. 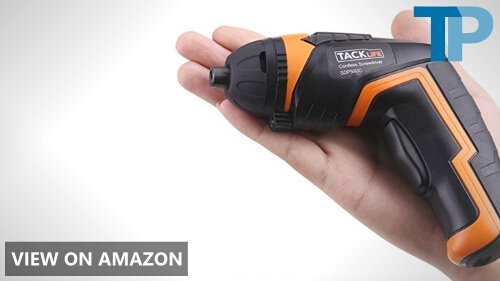 This device is designed to help users assemble furniture and help with other applications where a screwdriver is needed. That being said, don’t be surprised that it can only spin up to 200 RPM, which is more than enough for home projects.

This kit comes with 30 screwdriver bits to help DIY hobbyists get things done at home. The rubber cap found at the nose-end of the device can be removed to install any attachment you need. There have been some complaints from customers that the bits aren’t durable and can break quickly, but this tool can also fit several bits and attachments from other manufacturers.

You will find that the chuck can also fit several non-Tacklife bits and attachments.
There are two LED lights located around the rubber cap so doing work in dark closets and cabinets is a cinch. However, sometimes the bright LED lights can be distracting by shining a blinding light on what you’re working on. 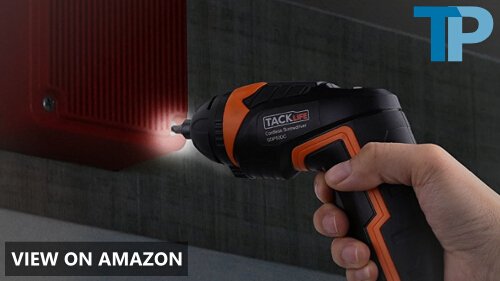 For a budget cordless screwdriver, you’re going to have a hard time finding a tool that works better or just as well as this. The SDP50C by Tacklife is a compact, lightweight power screwdriver for home use and less-demanding professional projects. The 30 bits that come with the kit make it much more versatile for getting things done around the home.

The rechargeable batteries don’t need much time to recharge, and they can even be charged while inserted into the power screwdriver. The stock bits might be a little on the flimsy side, but at least you can install practically any bit produced by almost any brand. 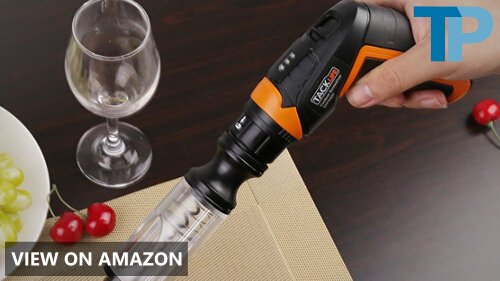 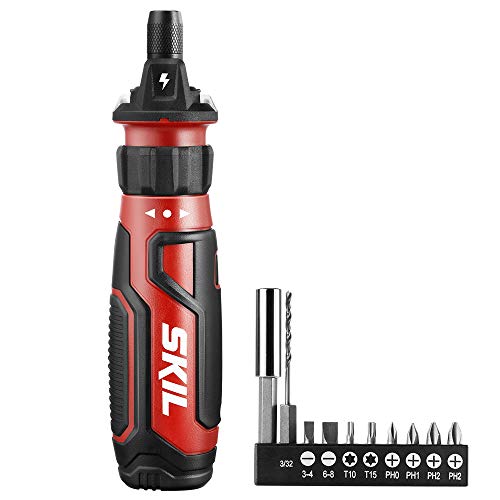