When we think of power tools, there’s no way we can’t consider Tacklife. This Chinese company is known for making some of the best construction tools, but they focus mainly on making them affordable for everyone. Their line of handheld power tools ranges from cordless drivers and drills to handheld circular saws. 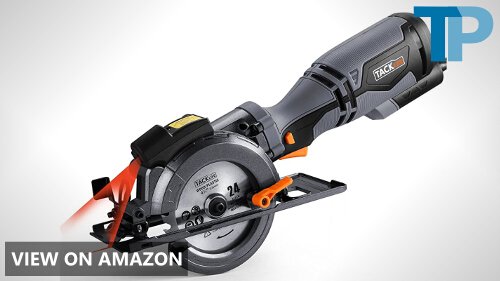 With the Tacklife TCS115A circular saw, the company really did play to their strengths and make a top-notch piece of handheld equipment with an affordable price tag. In general, we don’t see many budget circular saws on the market that sell for under $100. In fact, anything with such a low price would probably be considered to be low-quality and produce uneven cuts. However, this doesn’t represent what the TCS115A circular saw is all about.

Customers of this product have given it favorable reviews, mainly praising the features and precision cuts of this wallet-friendly handheld circular saw. In order to understand the true beauty and value of the TCS115A, let’s take a look at the features it offers and the performance it promises.

The Tacklife TCS115A handheld circular saw features a 5.8 amp motor which delivers speeds of up to 3,500 RPM. This isn’t exactly the fastest-spinning blade out there, but it’s sufficient for easy and precise cuts.

Amp-wise, this is far from being the most powerful motor, even among low-price handsaw models, but it has enough power for running the blade through various materials including wood, plastic, metal, and tiles. 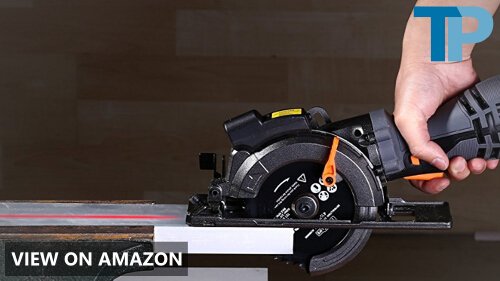 This handheld circular saw weighs in at only 8.25 pounds (fully assembled). The lightweight build means it won’t cramp up your arms after just a few strokes on any sort of material. In general, lightweight models are preferred due to their easy maneuverability, practicality, and portability. Once again, this isn’t the most lightweight handheld circular saw available on the market, but it prevents fatigue and won’t get caught in thick materials mid-cut.

The main thing to consider when looking for a budget handheld circular saw is how well it produces cuts in various materials. In the case of the Tacklife TCS115A circular, there’s nothing to cause concern. The moderate 3,500 RPM offers consistent, precise cuts all day long, regardless of the density of the material you’re working on. Although you’d expect this to only work on softwoods and plastic, it works wonders on tiles and even metal sheets.

One of the most impressive features is the built-in laser which guides the user to make clean, straight cuts. Similar to any sort of laser guide system, users shouldn’t rely on them fully since they mainly serve as a suggestion or an estimate. 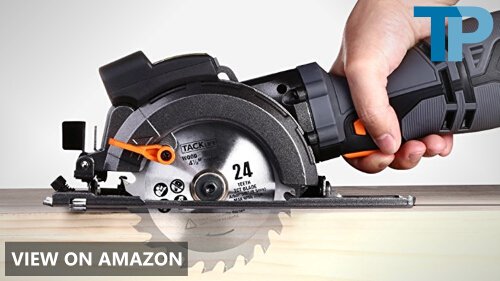 The 24-tooth blades are built for cutting wood (both soft and hard) and plastic. The 60-tooth blade will work beautifully on metal sheets. Finally, the diamond-grit blades are designed to cut through tiles. 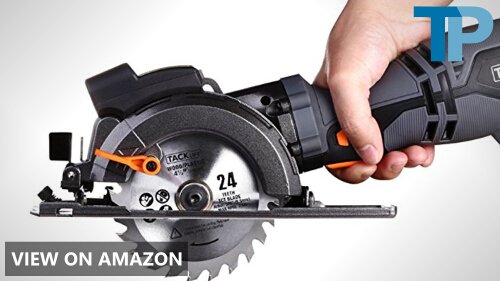 Overall, this is a great cost-efficient circular hand saw which offers great cutting performance. Some users may experience some problems mid-cut through hardwoods, but it’s not a common issue, especially with thin planks.

It’s surprising to see a low-cost handsaw perform this well, especially when it compares fairly well against more expensive models out there. The main drawback is the somewhat weak blades that may crack after a short period of use, but in general, it’s not going to be a tremendous problem for most home projects. 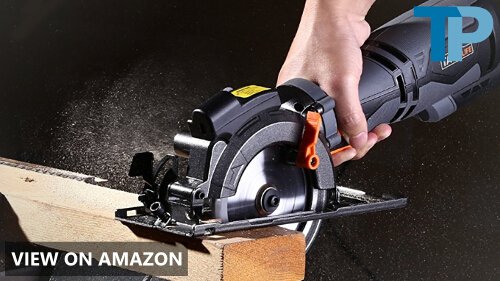 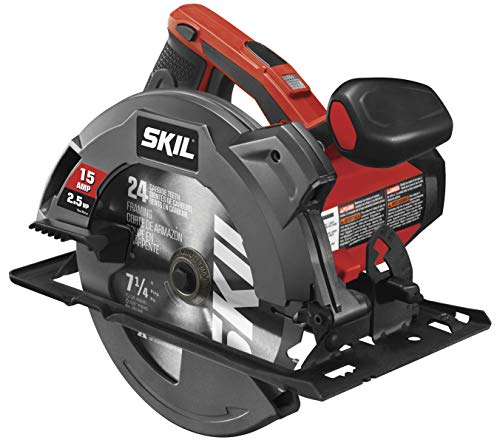 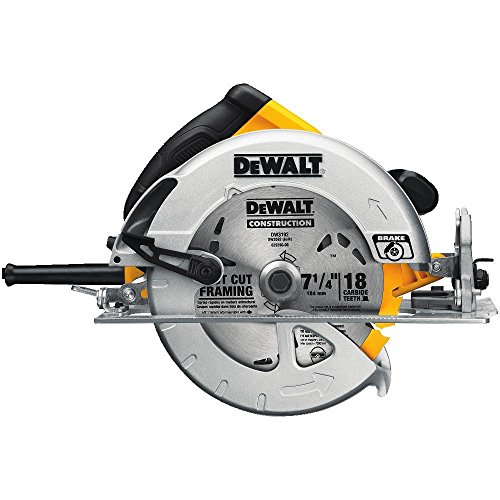 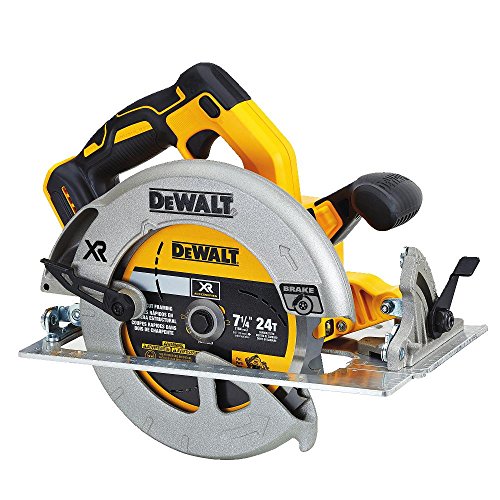