Professional craftsmen and DIY enthusiasts alike consider compound miter saws to be an indispensable part of their power tools set. They’re not only easy to use, but they also make quick work of otherwise challenging tasks. Tacklife is a popular power tools manufacturer from China that focuses on making high-quality products at an affordable price. 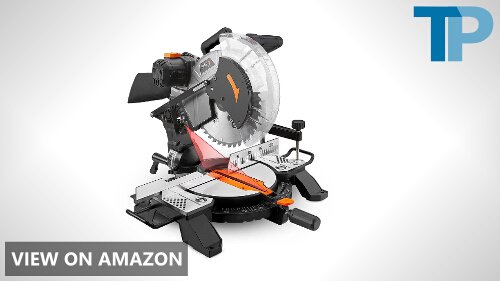 The Tacklife PMS02X Compound Miter Saw is just one of their compound miter saws that have garnered a fair share of positive reviews from customers. Let’s see what makes this miter saw such a great alternative.

This Tacklife compound miter saw features a 12-inch blade that spins up to 3,500 RPM. The blade can bevel up to 45° to the left with a 45° miter angle in both directions for increased flexibility. There are five positive stops for every common angle when cutting whatever material you feed the blade (0°, 15°, 22.5°, 30°, and 45°). 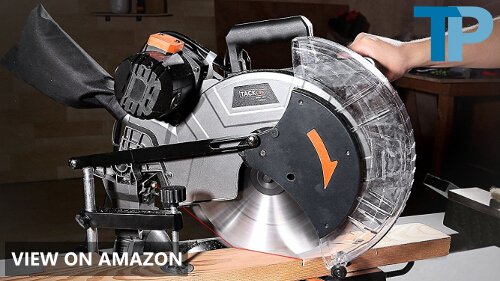 This miter saw kit includes two 12-inch blades: a 40-teeth TCT blade for plastic and wood, and an 80-teeth HSS blade for denser materials such as thin steel and metal sheets. This compound miter saw can be used for a number of tasks such as making square, bevel, and compound cuts.

However, there have been some complaints of the Tacklife-made miter saw blades not being able to perform as promised as they end up somewhat bent after even the lightest sawing tasks. This can be a problem since Tacklife miter saw blades are quite difficult to find at hardware stores so you’ll need to rely on online retailers to supply them to you. 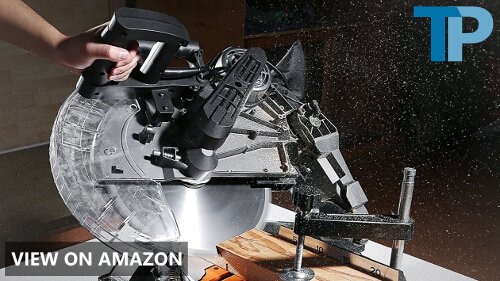 The Tacklife PMS02X comes with a built-in laser guide which assists in making accurate cuts. There are very little issues concerning the accuracy of the laser, but we recommend not relying solely on the laser guide since it’s more of an estimate than anything else. However, it does make life a lot easier.

The compound miter saw comes with a soft horizontal handle which is coated with an elastomer casing which helps reduce vibrations when cutting into wood and metal. Vibrations aren’t an issue at all with this miter saw, and there is a reasonably low level of noise produced when cutting wood and metal.

In addition, there is a detachable bag that can be fitted onto the aspirator to collect dust, leaving your workspace almost free of debris (the bag doesn’t catch everything but it’s a good start). 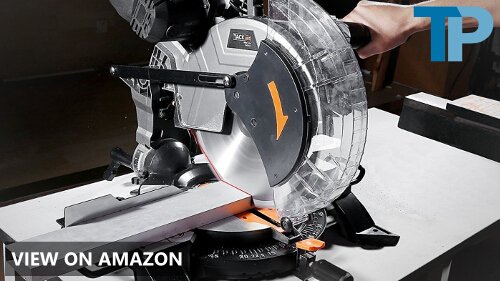 Tacklife has done it again with their PMS02X Compound Miter Saw. It can be an extremely valuable addition to your workshop, and it’s affordable to boot. The 12-inch blades pass beautifully through 4×4’s in a single pass, although you might need to purchase additional blades to replace the rather flimsy stock ones. 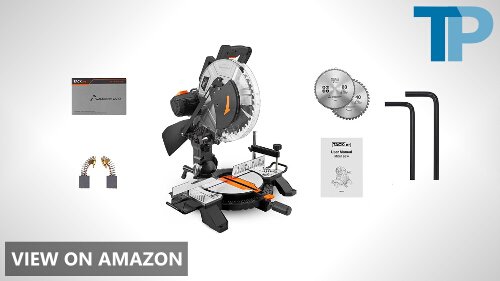 However, overall, this is a great miter saw with great bevel and swinging angles which allow for more control and flexibility when making a square, bevel, and compound cuts. There are other models out there whose specs outshine the PMS02X, but considering the price tag of this compound miter saw, you aren’t missing much. 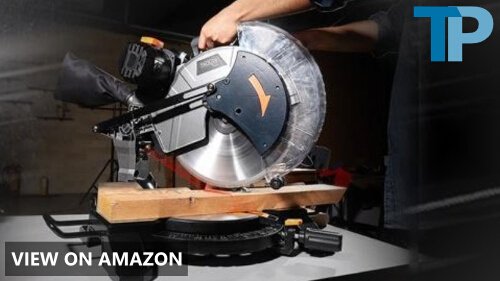