For serious woodworkers or people just starting to get in the furniture-building game, a table saw can be an invaluable tool to own. When you need to dimension large boards to the right proportions, a table saw offers a ton of stability and speed that you just can’t find in other types of saws.

However, your table saw, or any saw for that matter, is only as good as its blades, and when it comes to the quality of the blade, the old saying “you get what you pay for” proves to be true.

We’re not here to discuss the price of each table saw blade (though it’s an important factor), but instead, we want to talk to you about whether the thickness of the blade matters. We also feel it necessary to talk about other important factors to consider when picking up a blade at the hardware store.

Blade Thickness: Does it matter?

The blade’s thickness oftentimes referred to as the width or kerf, is an important consideration to make when deciding which blade to get for your table saw.

First of all, the thickness determines how much material is removed with each pass over the table saw’s blade. Obviously, a thicker blade removes more material than a thinner blade, but there are actually more aspects of blade thickness to take into account.

The full-kerf blade is 1/8 of an inch thick, so if you want to cut out slots 3/16 of an inch wide then you’ll need to make multiple passes with a slight overlap between each pass. There are thinner and thicker table saw blades for you to consider. 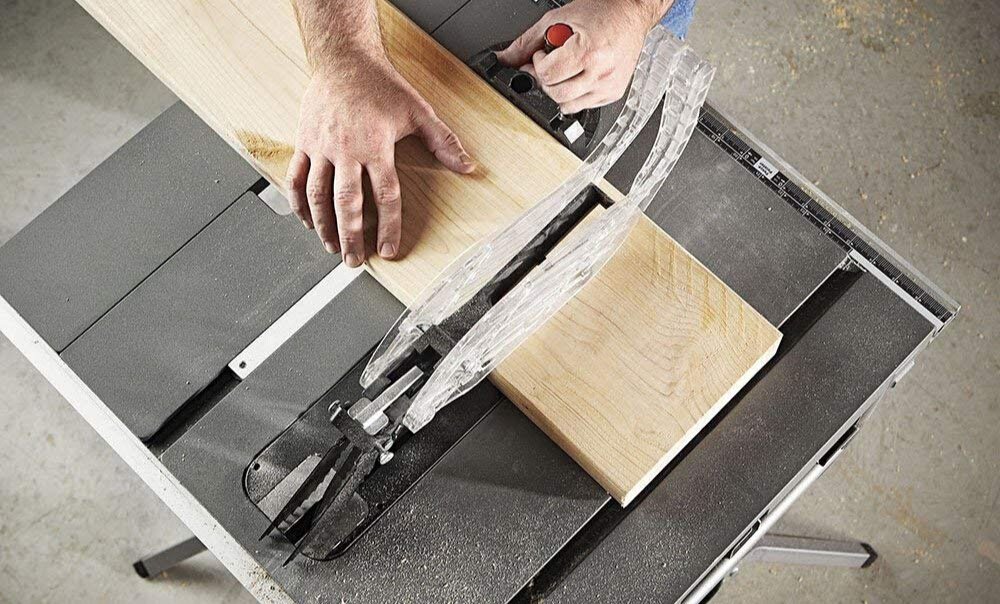 Another way the thickness of a table saw’s blade plays a role in overall performance is by knowing what your table saw can and cannot do. For instance, if you have an under-3-HP table saw, then a full-kerf, 1/8-inch thick blade will draw too much power from your tool’s motor. What happens is that the motor can’t supply enough power to spin the blade properly, causing a dramatic decrease in speed and friction. To your board, this can leave burn marks and/or large tears. The potential damage it can cause to your tool is significantly greater – the blade can warp, or the motor can burn.

So we’ve determined that the thickness of the blade mounted into your table saw plays an important role in not just dimensioning boards but also cutting slots of particular widths. However, if you’re looking for a new blade for your table saw, width is only a small paint stroke in the overall picture. Take a look at our list of the most important things to consider when looking for a table saw blade. 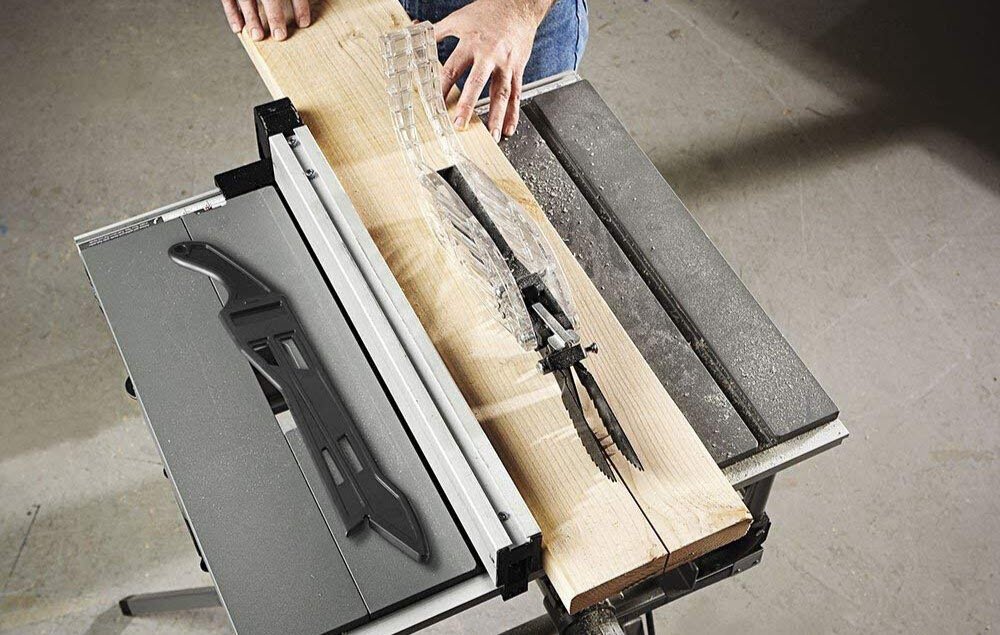 What do you plan to do?

Before you beginning slicing up your boards, you need to make sure that you know what you’re doing. Since table saws aren’t really designed for cutting through metal or plastic, we can eliminate those materials out of the equation. However, you also need to pay careful attention to your boards; particularly the direction of their grain, the thickness of the board, and the outcome after the cut.

The total number of teeth on a table saw blade indicates its cutting action. The more teeth there are, the smoother the cut. As for blades with fewer teeth, the more material they’re able to remove.

If you plan on crosscutting your wood boards (slicing across the grain), then it’s advised that you install a blade with a higher tooth count since it’ll produce smoother results when going against the grain. When slicing with the grain (rip cuts), look for a blade with fewer teeth.

Also, be aware that the higher the tooth count, the more heat will be produced due to greater amounts of friction. Keep that in mind the next time you try to rip cut ten 4x4s in a row non-stop. 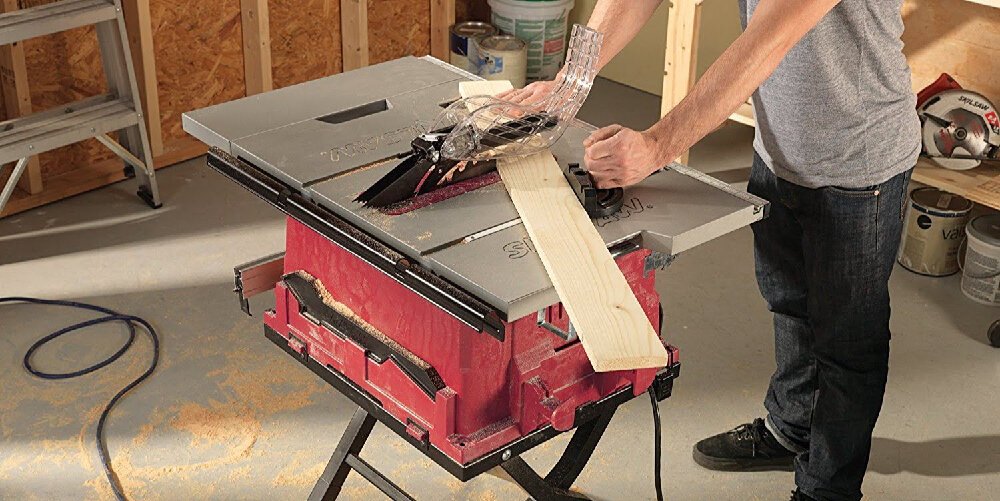 The design and angle of the teeth are used to determine what the blade is meant to do. Different configurations are optimized for different purposes. The most common shapes are flat tops (made for rip cuts), alternative top bevel (made for crosscutting), and combination tooth (general-purpose cuts).

To add to the already overflowing pot of confusion, you need to be aware of the angle of the teeth as well. There are two angles, each on opposite sides of the tooth-angle spectrum: positive-angled teeth (teeth that lean forward to a particular angle) and negative-angled teeth (angled back and opposite the direction of the blade’s spin). The higher the positive angle of the blade’s teeth, the more aggressive the cut, requiring a quick sanding to produce clean finishes.

Hopefully, you’re still here and haven’t given up on your aspirations to become a carpenter. If you’re still reading, then you might be glad that the following segment will give you our recommendations for the best blades for ripping, crosscutting, and dimensioning sheet goods. Just remember that you need to be aware of what your table saw can handle in terms of the blades size and thickness. 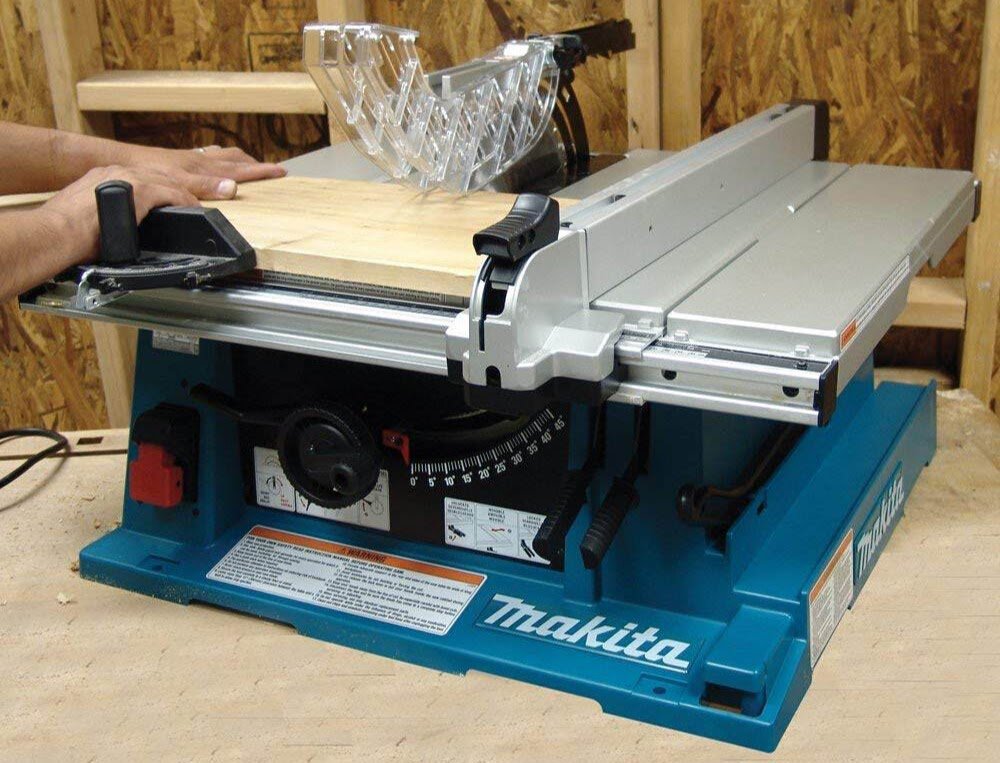 Since ripping means cutting a slightly oversized board to the proper length, there are three viable options to go with. The first is a 24-tooth flat top blade which cuts quickly but leaves a coarse feel across the freshly cut surface. The second and third options are a 40-tooth alternative top bevel blade and a 50-tooth combination tooth blade. They both cut relatively slowly but require little to no sanding afterward.

When cutting boards across the grain (modifying the board’s width), we recommend using any alternative top bevel blade with a tooth count of between 40 and 80. A 50-tooth combination tooth blade might also suffice. However, the quality the blade also plays a role in how well the final product will appear, so it’s better that you get a high-quality 40-tooth blade than an 80-tooth blade of inferior quality. 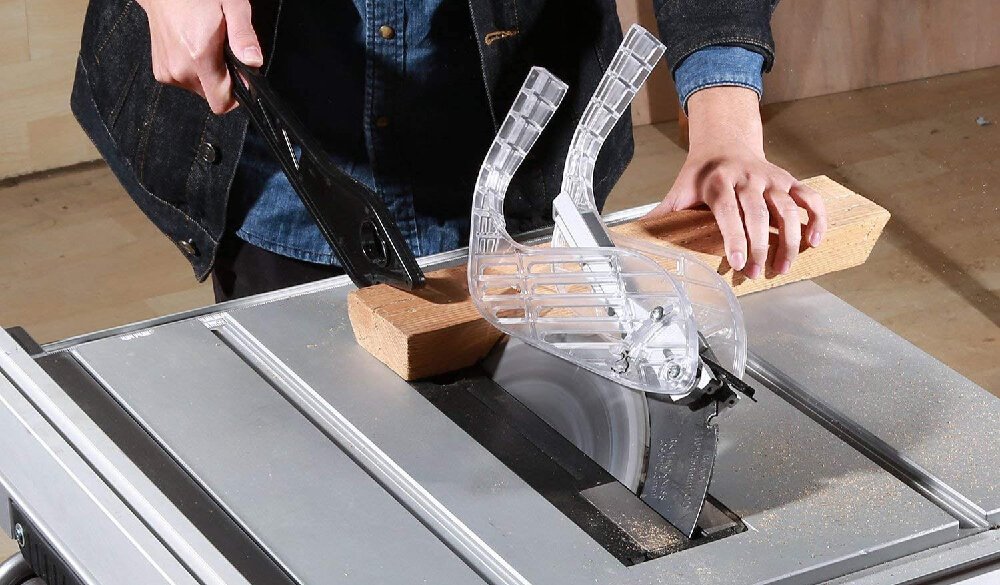 When cutting sheets of PDF or particleboards down to size, we recommend that you mount a 40- to 80-tooth alternative top bevel blade. Once again, a higher tooth count translates into a finer finish, but anything within this range will suit you just fine.