When shopping for an air compressor, you may come across the labels “single-stage” and “two-stage” (alternatively known as dual-stage). For the amateur craftsman who’s new to the game, you may be scratching your head and wondering what on earth these stages are. Worry not, friend. In this article, we’ll go over what each of these tools is, what they have to offer, and what sort of jobs they’re meant to do.

Single-stage air compressors, also known as piston compressors, compress air by sucking in ambient air into the cylinder. With a single stroke of two 120-PSI pistons, the trapped air is pressurized and then moved directly to the storage tank. The air then chillaxes in the tank while waiting for a pneumatic tool to the compressor in which it’ll serve as fuel to deliver power.

A two-stage air compressor does things a bit differently, though the concept is practically identical. First, ambient air is sucked into the valve, but instead of being compressed and sent directly to the storage tank, the air goes through a second compression phase with a more powerful piston (175 PSI). The double compression cools the air down dramatically while also producing around twice as much pressure before sending it into the storage tank.

As you can see, both single-stage and two-stage air compressors come with two pistons. The only difference is that the former uses two pistons of the same power (120 PSI), whereas the latter’s second piston cranks up the pressure to 175 PSI for added power.

From the description of each air compressor above, you can probably already guess how each of them will perform at different tasks. Single-stage air compressors are made for lighter jobs like airbrushing or firing nails into soft wood, whereas two-stage air compressors are designed for heavier-duty jobs. Since dual-stage models produce twice as much pressure, it’ll be able to power the most air-hungry tools for more demanding tasks (angle grinders, impact wrenches, and so on).

In this section, we’ll go over what each of these air compressors can do in the three different work fields: woodworking, metalworking, and auto assembly/maintenance.

Woodworking is probably one of the simplest, most satisfying, but also most tool-intensive hobbies/jobbies on the planet. Not one single woodworking tool can do every task. You’ll need a power sander to shape and sand, an impact driver to drive fasteners, a saw to dimension boards, and a router to make fancy grooves in wooden panels.

The largest benefit that pneumatic woodworking tools offer compared to electric or gas models is efficiency. Not only can you save a few hundred dollars annually on electricity bills and gas costs, but you’re also avoiding the whole overheating issue that these fuels produce.

For the most part, simple pneumatic woodworking tools like impact drivers, reciprocating saws, and routers will need only about 5 CFM at 90 PSI at most. This is within the power delivery range of a single-stage air compressor, so rejoice since you won’t need to spend an arm and a leg on a costly two-stage model to fund your woodworking passion.

Metalworking is generally something that is done only in the presence of an air compressor. There are electric and even gas-powered tools that help buff, shape, cut, and fasten metal, but they generally do not have as long a life expectancy as pneumatic tools.

And just like woodworking, metalworking can be done with a single-stage air compressor. Most metalworking pneumatic tools require at most 8 to 10 PSI at 90 PSI to operate, which is in the high-end level of single-stage units. However, to truly get the most out of your pneumatic tools, you may want to consider purchasing or a two-stage air compressor as it’ll deliver more power per tank, allowing you to complete your tasks much quicker. This will also allow you to use a wide spectrum of different tools, from low-CFM to high-CFM, for better and more efficient work.

Assembling and repairing cars is the most challenging of the three jobs listed. There’s no effective way you tune up your car, let take one apart and put it back together, without the use of pneumatic tools. There are electric mechanic tools to choose from, but these are much slower in their applications and provide exponentially less power when screwing, ratcheting, buffing, and painting vehicles.

For automotive work, we can’t recommend anything that’s not a two-stage air compressor. The most important thing to know is that most pneumatic automotive tools require more than 10 CFM at 90 PSI, which is only doable either an ultra-powerful single-stage compressor or an average two-stager. That being said, there are certain tools like scrapers, scalers, and impact drivers that require much less CFM to function optimally, so it all comes down to what sort of tool you’re using.

Single-Stage vs. Two-Stage: Which do I need?

The answer to this question depends entirely on what you’re doing. For instance, if you only need something to paint walls or cars, a simple one-stage pancake or hotdog air compressor would suit you just fine. The same goes for using most woodworking and metalworking air tools.

In fact, for most home garages and workshops, you may not even find the need to tie hundreds of dollars on a two-stage air compressor since a one-stage unit provides all the CFM at the appropriate PSI for your woodworking/metalworking tools. Heck, even the most basic mechanic’s tools – e.g. small-sized impact drivers, impact wrenches, scrapers, and scalers – can be powered by one-stage compressors. 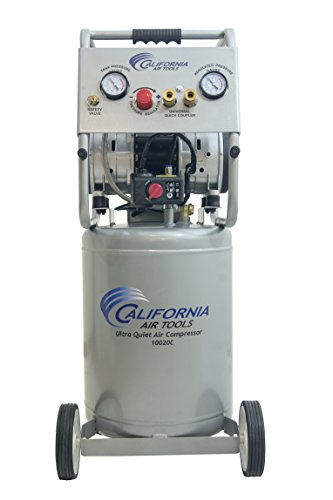