With the high number of different saws on the market, finding one that suits your needs can be a challenge. One question that is often asked is whether a reciprocating saw, also known as a sawzall, can replace a chainsaw, and vice versaWell, the answer to this question isn’t as simple as you may have hoped. In this article, we’ll go over what each of these tools is, what things they share, and how they differ. Hopefully, after reading this guide, you’ll be able to determine which of the two you need for your next project.

What is a Reciprocating Saw?

For the three readers out there who don’t know, a reciprocating saw is a type of saw that works by a push-and-pull motion of a blade. Unlike most handheld saws, a reciprocating saw does not come with a guard or depth guide, so basically any part of the blade can make contact with any workpiece you have.

A reciprocating saw’s main jobs are demolition and destruction. The lack of a guard or guide makes it the ideal tool for plunge- and edge-cutting in fixated objects like window sills and doors.

However, the drawback of a lack of any guide mechanism is imprecise cutting. Making straight cuts through wood or metal requires an extremely steady hand and a keen eye which, if this is your first time using a reciprocating saw, is almost impossible to manage. Because of this, the use of a reciprocating saw should only be limited to rough cuts on the edge of lumber, in the middle of wide boards.

What is a Chainsaw?

The average person is more familiar with chainsaws than they are reciprocating saws thanks to TV and horror movies. However, a chainsaw is not made for slaughter but rather to cut thick trunks and branches from trees.

The main parts of a chainsaw are its built-in saw on a spinning chain that wraps around a metal bar and the motor (electric or gas) that spins the chain. The chain resembles that on a bicycle except for the dozens of sharp steel-alloy teeth for sawing through dense materials.

Chainsaws are a gardener and lumberjack’s best friend when it comes to felling trees, pruning branches, and shaping hedges. Of course, these are extremely dangerous – more so than a sawzall – since the metal guide bar is significantly longer than a reciprocating saw’s blade. Only use this tool under proper supervision or if you already have experience operating one of these.

The most prominent similarity between reciprocating saws and chainsaws is outdoor usage. For trimming hedges and pruning trees, both of these tools are practically interchangeable, though the chainsaw’s long bar does require a steadier hand for reaching in between thick branches.

Reciprocating saws and chainsaws can be used in a number of different scenarios in woodworking, but due to the chainsaw’s long bar and imprecise cutting, it is the far-less utilized tool. Both of these saw types might come in handy when cutting long, thick pieces of rough lumber down to size, but several other saws are far more accurate in doing so.

The thing about reciprocating saws and chainsaws is that they are extremely different in many regards. As we mentioned earlier, they both work well in gardening and tree felling work, and they both might work well in certain woodworking tasks, but that’s where the similarities end.

The first major difference is the size of the cutting tool, namely the reciprocating saw’s blade and the chainsaw’s chain and bar. The reciprocating saw comes with a stubby, thin blade that is easier to maneuver for more intricate cuts. As for the chainsaw’s bar, it’s far too long to be reliable in the workshop. At best, the chainsaw is used to cut rough logs to an approximate size before further processing with other tools.

Never, under any circumstances, should a chainsaw be turned on indoors. Don’t let your drunken friends try to convince you otherwise.

Tearing down drywall and wooden joists is a job for a reciprocating saw. The blade of a reciprocating saw is long enough to make plunge cuts into thin sheets of drywall without damaging electrical wires or joists hiding behind the wall. The thought of taking a chainsaw and tugging on the recoil cord while indoors is just insane…

Although you could technically saw through metal pipes using a chainsaw, the speed of the chain and the shape of the teeth will produce jagged edges. Also, the chainsaw’s motor will cause the teeth to tug on the pipes, leading to disastrous results.

Once again, cutting through thin metal pipes, conduits, and sheets should be done with a reciprocating saw. The quick back-and-forth motion of the blade is a lot steadier and thus will leave clean cuts in the metal. Furthermore, the design of the reciprocating saw’s handle will not obstruct vision, giving you a clear sight of where the blade is at all times and where it’ll piece your workpiece.

When it comes to felling trees, a reciprocating saw will not be of much use. In fact, there’s probably no way you’ll ever get the saw to cut through the entire trunk. For this, a chainsaw is the go-to tool for the job.

Felling trees requires cutting a wedge in the trunk before chopping or sawing the side opposite the wedge. The angle of the wedge is far too steep for a reciprocating saw to cut cleanly. At best, the reciprocating saw can cut branches off the felled tree.

In short, no, reciprocating saws and chainsaws are not at all comparable. The only area where they could be used interchangeably is trimming hedges and tree branches. For everything else, it’s either or.

Chainsaws are for outdoor use only. When shaping hedges, cutting down trees, and cutting down long logs for woodworking, ditch the reciprocating saw and stick to a chainsaw. Their long bars, long chains, and dozens of teeth will tear through wood like a knife through warm butter. 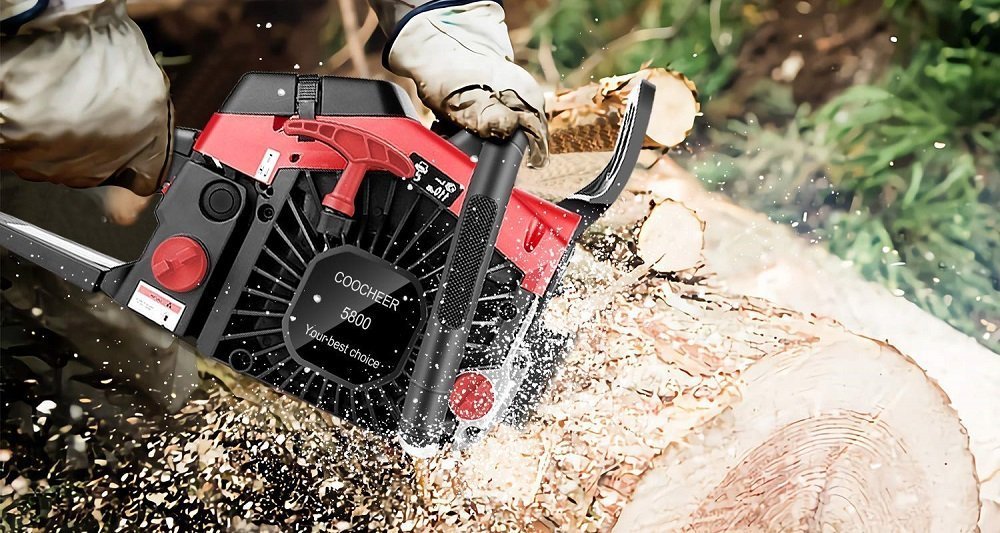 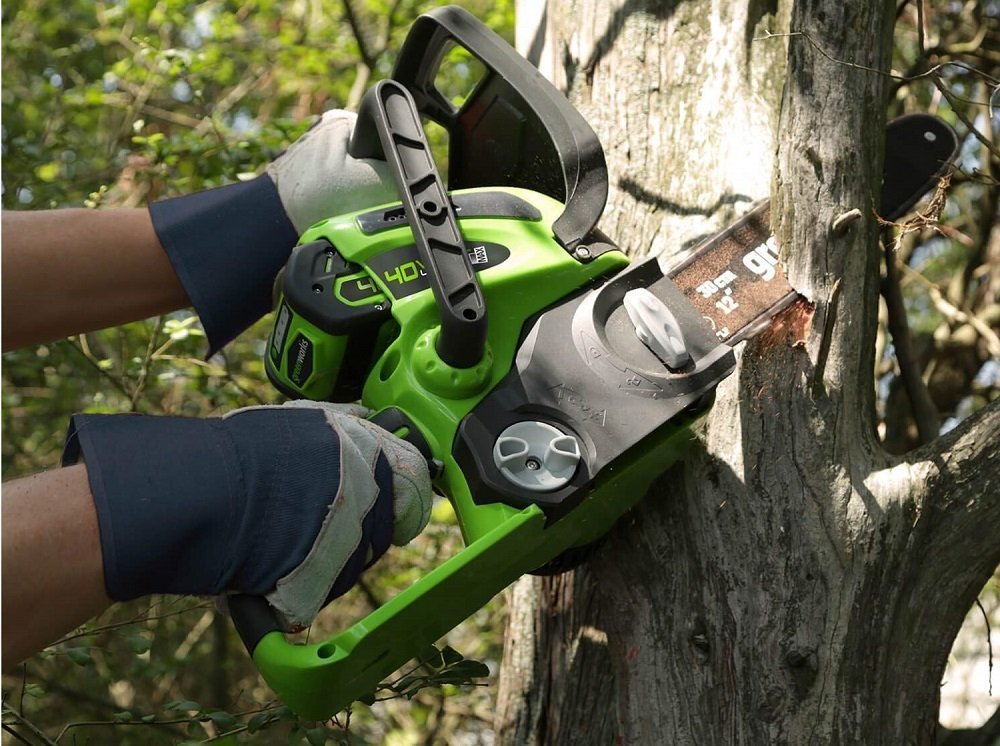 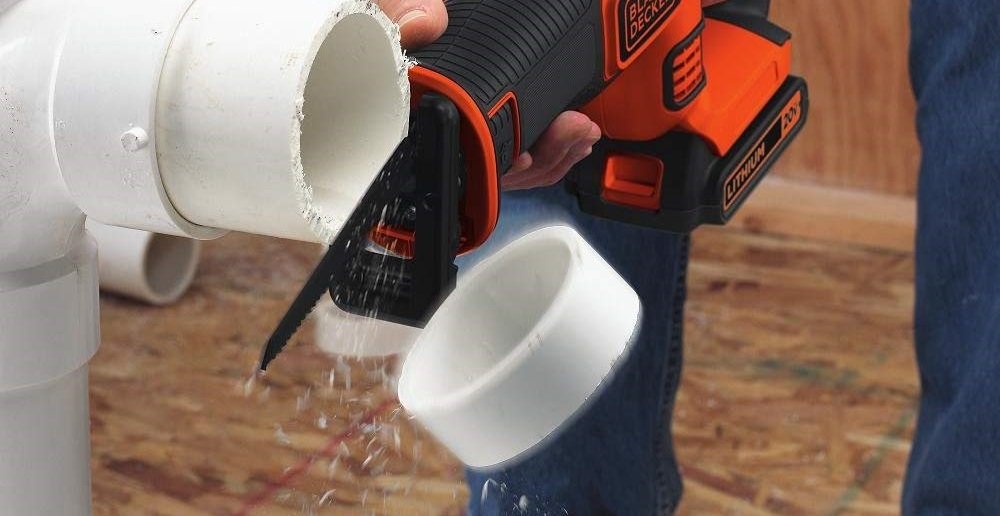 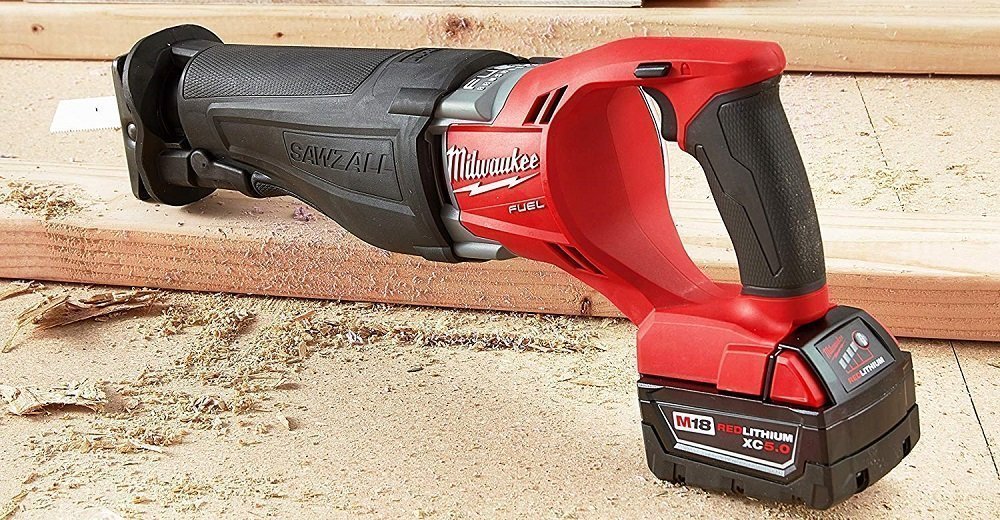