Die grinders are powerful tools which are traditionally used to grind away metal, but they can be used for a number of other applications as well. Metabo is a German-based power tools manufacturer which produces some of the best and beautifully designed tools that outclass most of its competitors. 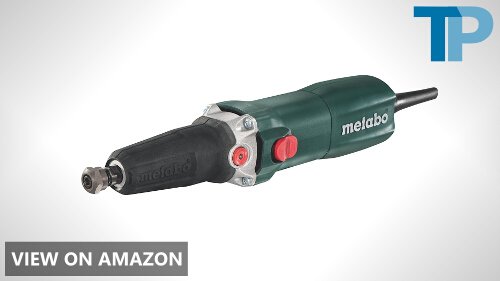 All Metabo power tools feature specially-made technology. In the case of the GE710 Plus Die Grinder, Metabo has incorporated a variable speed dial and maximum power of 710 watts. Let’s see how this die grinder performs and what customers have to say about it.

The Metabo GE710 Plus has a speed range of between 10,000 and 30,500 RPM. The speed variable dial located near the end of the unit can be used to configure the rotation speed on the fly. Metal workers will definitely benefit from the huge selection of speed when working on metallic and even wooden surfaces. With this fast of a motor and its many speed options, users will find it easy grinding stainless steel plates and smoothing down welds.

The variable speed dial lets users have greater control over which bits and attachments they use. Grinding discs generally require slower speeds to prevent burnout, whereas grinding bits work more effectively at high speeds. This is what makes this die grinder much more versatile and of greater value compared to simple on-off varieties. 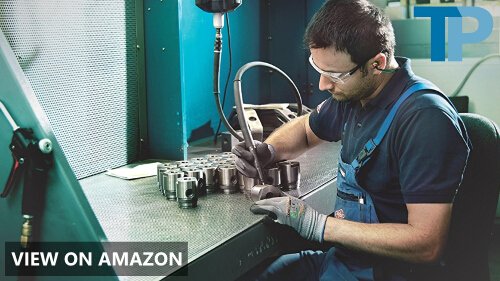 One problem that many users complain about is the heat produced by this die grinder. Even after just minutes of operation, the body of the unit can feel extremely hot and it takes a long time to cool down. This means extended downtime, costing you several minutes of inactivity.

If you thought that running a die grinder at 10,000 or 30,550 RPM would produce deafening noise, you’d be wrong. The GE710 Plus produces a maximum of 80 decibels when it’s set to its highest speed setting. However, users with sensitive ears will need to use earplugs to protect their hearing. 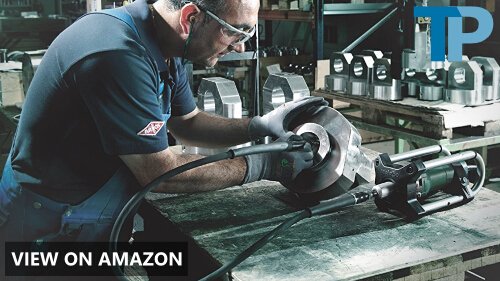 The chuck on this die grinder is ¼ inches in diameter which is a chuck size utilized by many manufacturers. The best thing is that users can use bits from virtually any company that produces ¼-inch die grinder attachments and accessories. This is good since this is a bare-tool kit so you’ll need to purchase additional bits anyways.

In addition, replacing bits in the chuck is simple. A switch locks and unlocks the spindle, and you’ll need a wrench (included with the tool) to lock and unlock the bit in the chuck. The double-locking mechanism ensures that your bit won’t go flying around the room when the die grinder is running at maximum speed. 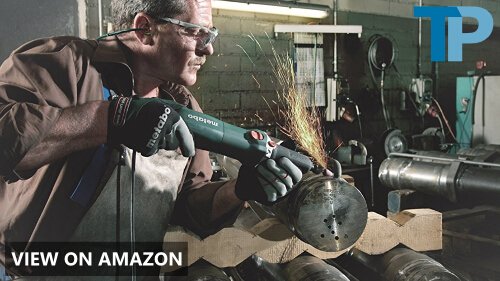 The Metabo GE710 Plus Die Grinder can be a great solution for a number of different applications. The large speed variance allows for greater control over which attachment and bit you use. The only downside – and this is important – is that it overheats extremely quickly.

This is a problem since you’ll need to let the unit rest for several minutes in between usage, and also it has a greater risk of breaking due to heat damage. This device may not give the most bang for your buck. 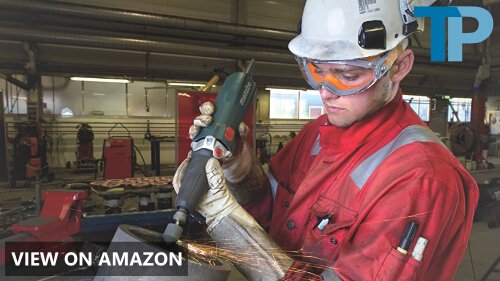 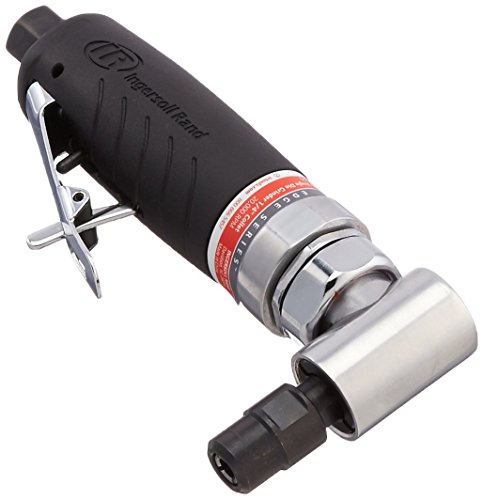