Mallets and hammers are two types of hand tools used to push something into place by bashing the object repeatedly. This is achieved by delivering a stopping force after each bash that is harder than the actual material of the object. 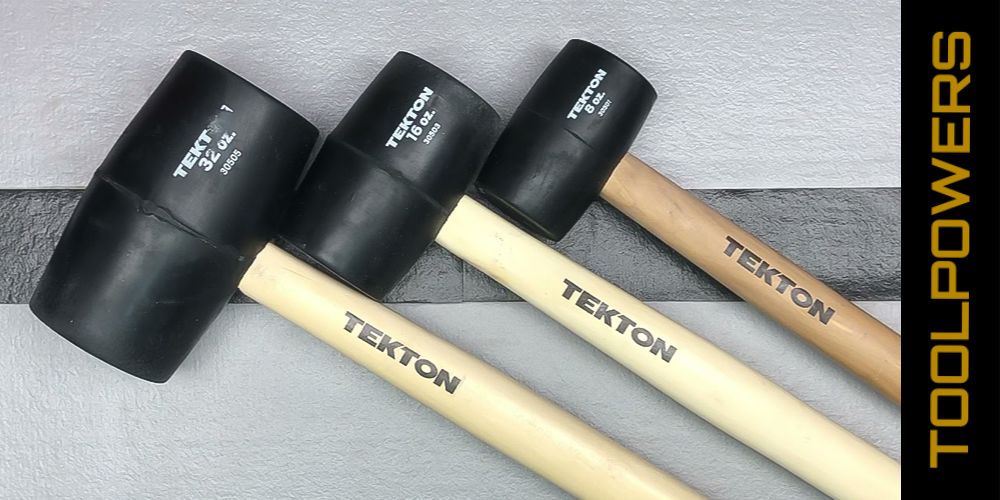 There are three things used to gauge how much force is made upon impact: swing distance and gravity.

The farther away the starting position of the tool is before swinging, the farther the strike will move the object. That’s why we tend to swing our arms way back before delivering a hard blow on nails when driving them through thick boards.

Several factors can affect the swing distance – e.g. the length of the handle, the length of your mallet/hammer-wielding arm, how tight of a space you’re working in, and so on. Of course, this all heavily relies on how accurate you are with a mallet or hammer. 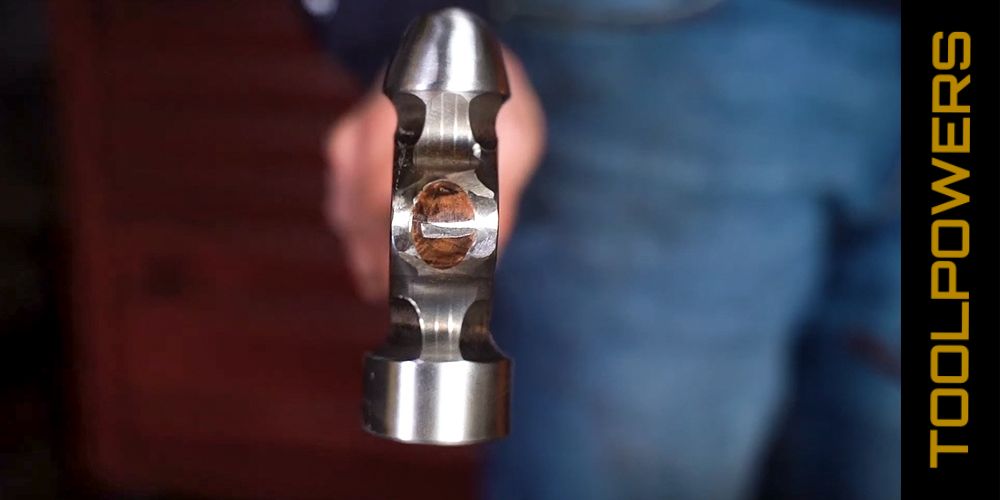 Gravity will help increase the downward striking power of each swing. Driving nails overhead or upward can be a challenge since the force of the Earth is working against you. The greatest thing about gravity is you don’t need Hulk-like strength to use mallets or hammers. Instead, by simply letting the head fall (accurately) on the object, the weight of the tool should do most of the work.

Differences between Mallets and Hammers

We’ve established that the two tools are used to shove objects into place by sheer force, but separate one from the other?

There’s a greater chance that you’ve heard of mallets but never used one. That’s fine – they’re not exactly a must-have tool for light-duty home renovation jobs. 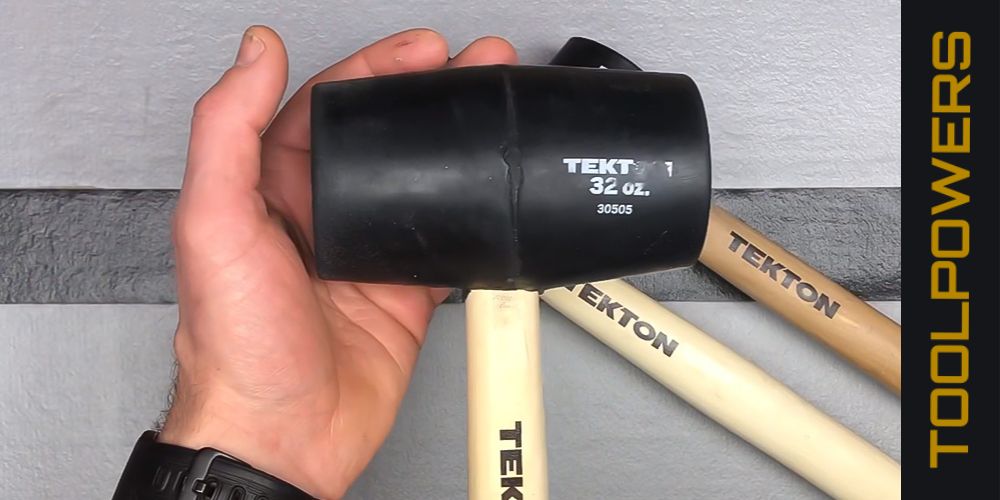 Appearance-wise, mallets are similar to hammers, but they do not serve the same purposes. Mallets have large, flat heads used for striking instead of the narrower head for delivering greater force with each bow. The flat-faced mallet heads evenly distribute the weight of the blow, allowing you to fine-tune the positioning of the object.

Mallets are typically used to push objects with finished surfaces (sanded and/or painted) objects into place. They deliver softer blows without running the risk of damaging or marking the surface in any way. The mallet’s head is typically made of a soft material like rubber or wood. When shifting tiles into position, think mallets, not hammers.

Hammers are made to drive objects rather than move them ever-so-slightly into position. Most of their components are narrower than on a mallet, but this improves the tool’s driving power per swing. 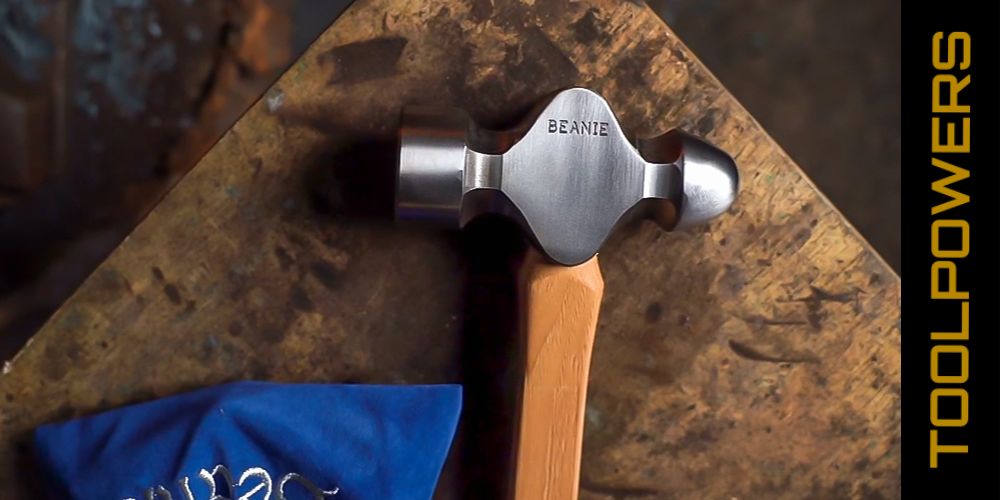 Hammerheads are made of metal to add more weight and more striking power. The face of the hammerhead is a lot narrower than that of a mallet, focusing all of its striking force on the nail’s head for deeper driving. However, the narrower head means you need to be extremely accurate since a slight misalignment of the hammer’s trajectory could shatter your thumb bone into a million pieces.

Mallet and Hammer Components and how they Differ

The main components in mallets and hammers are the face, the claw, the eye, and the handle. Here, we’ll go over how the differences between the two tools.

The face is the flat side of the tool’s head that makes contact with the object. Mallet faces are wider, resulting in a broader distribution of weight for softer impacts. Hammer’s faces are narrower and either has a smooth surface or a waffle pattern. Milled surfaces distribute the weight of each strike more evenly across the face, so if you’re not entirely handy around a hammer, a milled-face hammer should be your go-to tool.

On the opposite end of the mallet head, you’ll find a second face of the same shape and weight as the first. This helps improve the balance of the tool and prevents misalignment when tapping gently on an object. Some mallets have one black and one white face for different surfaces. Hammers have a claw on the other side for pulling out nails. This site should not be to strike an object unless you aim to cause irreparable damage.

The eye is the connection point between the mallet or hammerhead and the handle. Mallets are typically made in two pieces – the head and the handle. The head has a small port where the handle slips in. This is the weakest point in any mallet and, if not properly fastened, may cause the head to go flying across the room. Hammers are generally made in one solid piece and without an eye, though many hammer models still come in two pieces.

Mallet handles are generally made of wood, though metal and fiberglass handles are becoming increasingly more popular nowadays. The handles on mallets and hammers are roughly the same size, but hammer handles are more often made of steel than anything else. Furthermore, hammer handles are encased in a soft rubber cushion to help absorb a majority of the impact when swinging.

Mallet vs. Hammer: Which do I need?

Since they are extremely inexpensive tools, it wouldn’t hurt to have both tools in your arsenal. You never know when you need to gently push tiles into place or drive nails deep into wooden studs and joists. 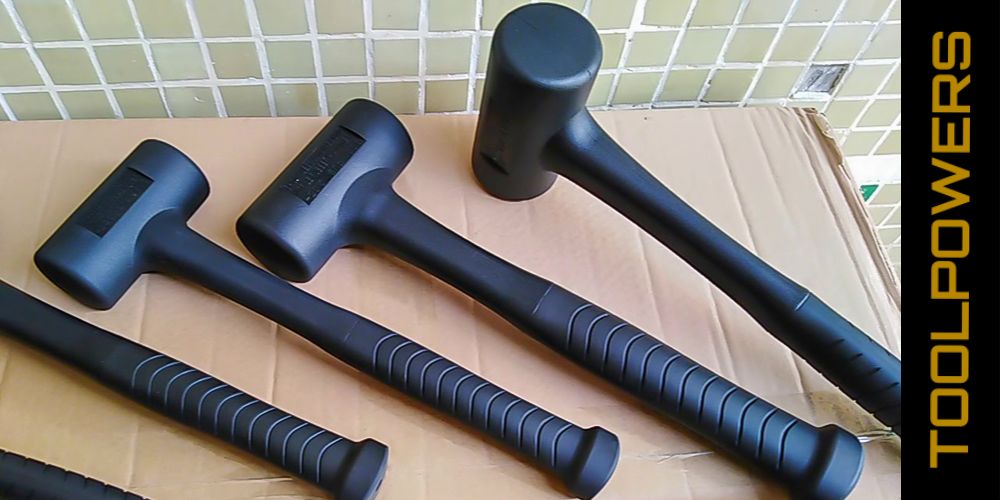 However, for most DIY home repair and furniture-building projects, you’d most likely need a hammer. Only a hammer can drive nails without tearing the face of the head. Also, with light taps and a thick cloth covering the surface of the object, you can use a hammer to gently nudge workpieces into place. A mallet, under no circumstances, should ever replace a hammer to drive nails or stakes.

So there you have it, folks: the difference between mallets and hammers. The main thing to take away from this article is that mallets are used to coax workpieces or objects together, whereas a hammer, with its enhanced striking power, is used mainly to drive nails into wood. Both are great tools to have on hand at any given time, but hammers are much more versatile and more easily found in the tools aisle at your local grocery store.