Choosing the right power tool can be tricky business considering the number of manufacturers with their various power tool models (brushless, brushed, clutch positions, etc.) available on the market. One rule of thumb when purchasing anything, including power tools, is to look at the top-performing companies and see what products they offer. In general, the top market leaders make the highest quality goods, but they come at a greater cost. However, in the end, it’s the value you get out of the product that matters most. 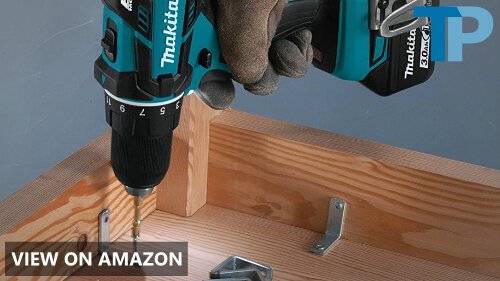 When it comes to power tools, two of the best manufacturers are Makita and DeWalt. There’s hardly anything wrong with any of their latest products, but it can be quite challenging to find how their goods differ and where they overlap. In this segment, we’re going to take a look at two high-rated cordless drill/drivers by these two manufacturing giants: the Makita XFD061 and the DeWalt DCD777C2 Compact Drill/Driver.

Both the Makita XFD061 and the DeWalt DCD777C2 models feature brushless motors. This means that there’s very little heat produced when the drill/drivers are in use, effectively extending the lifespan of the drill and the battery. In general, brushless drill/drivers consume less energy than their brushed counterparts, saving between 30% and 50% more energy per charge. This means you get more work done out of a single charge, and you’ll make fewer visits to the charging station in a day. 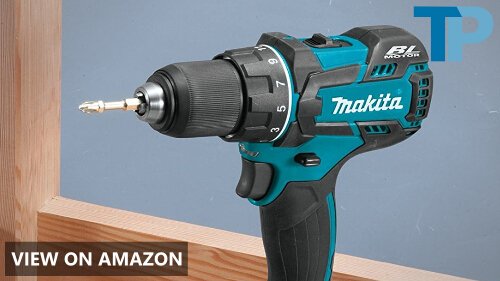 The Makita XFD061 uses a single self-graded Star protection 18V rechargeable Li-Ion battery, whereas the DeWalt DCD777C2 uses a single 20V rechargeable Li-Ion battery to power driving and drilling tasks. Due to the brush motor design in both of these models, users can expect up to 45 minutes of power on a single full charge. Recharging the batteries is also time-efficient, as it only takes around 45 minutes to reach full capacity from 0%.

Upon purchase, the Makita XFD061 comes with a single battery, and the DeWalt DCD777C2 comes with two. This means that with the DeWalt, straight from the box, there will be very little downtime when working – one battery powers the unit while the second battery sits in the charger. For the Makita, to minimize downtime, you’ll need to invest more in a second rechargeable battery. 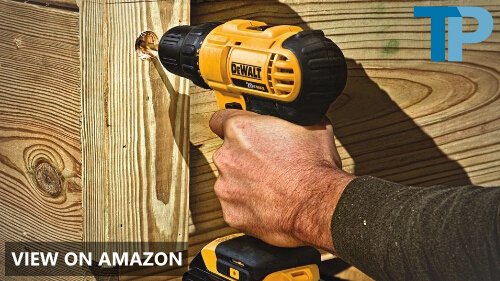 Both the Makita and DeWalt cordless drill/driver models feature a ½-inch chuck, the ideal size for professional tasks. This size allows it to hold onto all sorts of nut driver, screw driving, and driver bits of all sizes (maximum of ½ inch in diameter), making these two drill/driver models perfect for light- and heavy-duty tasks.

However, similar to other models out there, these keyless chucks have trouble grasping onto bits for extended periods of time, meaning that operators will have to stop at frequent intervals to retighten it around the bit. In extreme cases, some users found their bits dropping onto the floor and even flying across the room. However, this is very rare and unlikely to occur within the first year of use. 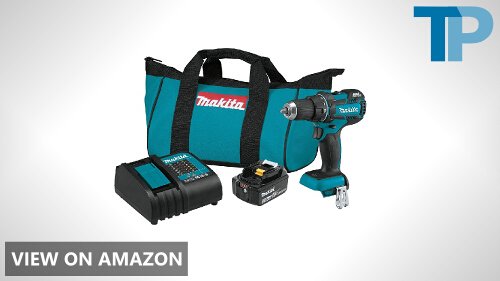 Both of these models’ brushless motors feature mechanical 2-speed controls. The Makita’s speeds for each gear are 0 to 400 and 0 to 1,550 RPM, whereas the DeWalt’s speed settings for each gear are 0 to 500 and 0 to 1,750 RPM. Considering each of these units’ top speeds, there’s hardly any difference; you won’t feel the extra 100 RPM in first gear and 200 RPM in the second gear. However, if you’re an experienced professional who’s looking to shave milliseconds off of each task, then the DeWalt may offer greater value in this regard.

In terms of torque – the power behind drilling and driving actions – the Makita delivers up to 530 inch-pounds of torque, while the DeWalt deals up to 500 inch-pounds. The difference in power is insignificant since most professional users will utilize the touch-sensitive trigger well in delivering power. The over-500 inch-pound torque indicates that both the Makita and DeWalt tools here are professional-grade and can offer value to both DIY enthusiasts and serious craftsmen.

In addition to the variable speed control, the Makita and DeWalt models also come with clutch settings (15 and 16, respectively) which offer greater control to operators in order to avoid overdriving and stripping screws. Both amateur and experienced users won’t find the lack of a clutch position in the Makita a deal breaker, so whichever model you go with, as long as the clutch and speed gear are set appropriately, there won’t be any issues of stripped screws. 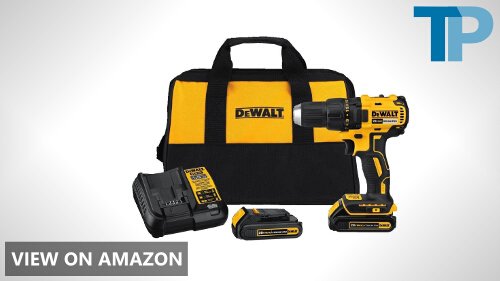 Front nose to end, the Makita and DeWalt measure in at 10.8 and 9.8 inches, respectively. Both are moderately compact and fit well in tight areas and corners for working in fasteners, but the DeWalt is just a little bit easier to control. Neither of these kits includes extended bars or hex shafts for getting drilling or driving screws in awkward-shaped areas.

The weight (including battery) of the Makita is 3.8 pounds, whereas the DeWalt weighs in at only 2.5 pounds. Honestly speaking, the 1.3-pound difference between the two models isn’t a big deal, but the added weight of the Makita gives it great balance when working both horizontally and vertically. We don’t mean to discredit DeWalt’s ability to manufacture extremely lightweight power tools, but in this respect, the Makita is just a little bit more comfortable to grip and control. 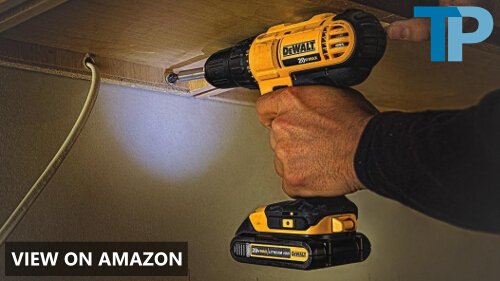 The Makita XFD061 and the DeWalt DCD777C2 are two extremely high-quality power drill/drivers. These two competing products have garnered numerous positive reviews from customers and industry experts, and it’s easy to see why. These professional-grade cordless drill/drivers offer extreme power and versatility when working on home projects and at various job sites. 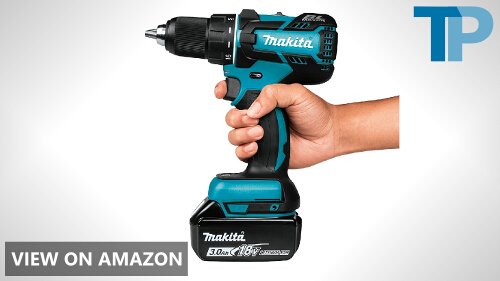 In terms of power and speed, the Makita is more powerful but the DeWalt can get jobs done marginally quicker. Overall, the differences between the two models are insignificant, and perhaps only the nitpickiest customers would consider 30 extra inch-pounds of torque and 200 RPM of speed.

However, if a decision is to be made on the spot, then the DeWalt DCD777C2 is slightly more superior since it comes with a second rechargeable battery out of the box which minimizes downtime. As for the Makita XFD061 18V LXT Lithium-Ion Driver-Drill, you’ll need to buy a separate battery to get work done more efficiently. 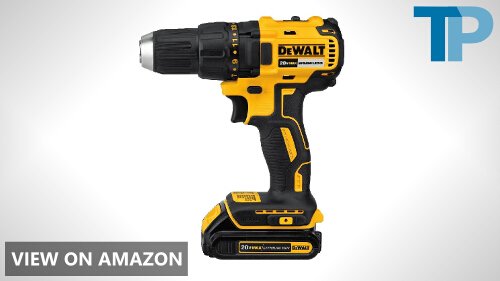