Laser distance measures are the latest innovation in making measurements. No longer will we need to worry about retracting tape measurers slapping us on the wrists and face. Instead, with a push of a button, a laser measurer can tell us the distance between the tool and an object in less than a second. Best yet, they can measure way beyond a hundred feet away, eliminating the need for a second pair of hands. 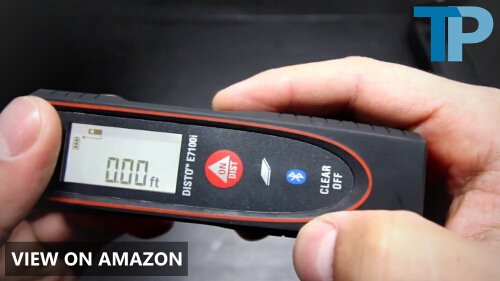 Leica has been one of the prominent manufacturers of laser distance measures. Their line of products has received a fair amount of positive reviews from customers and industry experts. In this article, we’re going to compare two of their laser distance measures: the Leica DISTO E7100i and DISTO E7500i. Although they’re both great tools for measuring and making floor plans, each of them is designed to cater to different markets. Read our comparison to find out which of these two tools is best-suited for your needs.

E7100i
The total distance that this unit can measure is 200 feet. This tool is designed to be used indoors and make minor measurements. Although the laser isn’t nearly as powerful as some models out there (including the E7500i), it’ll still get the job done.

E7500i
The E7500i has a maximum range of 650 feet. It’s clear that this tool is designed for heavier-duty jobs such as creating floor plans and major construction projects, but it can also be used for minor DIY home projects. Basically, the E7500i is the considerably more powerful version of the E7100i.

Conclusion: You may not need a super-powerful laser for measuring distances beyond 200 feet if you don’t plan on renovating your home or constructing a new building. DIY-ers may find the E7100i the better model since it has limited laser power that measures “only” 200 feet. For professional construction workers, the E7500i might be the better option. 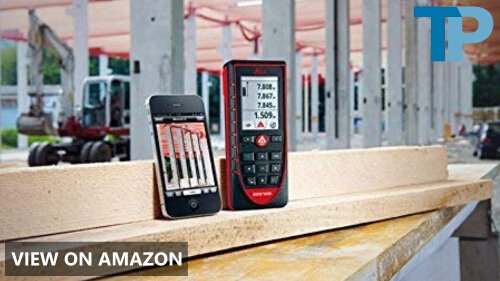 E7100i and E7500i
Like so many laser distance measurer models out there, both the E7100i and E7500i have an accuracy rating of up to ±1/16 of an inch. Oftentimes when you measure distances between two objects, the farther away they are from each other, the greater the possibility of error. However, one of the best things about Leica models, in general, is that they do not deviate from the 1/16-inch accuracy rating too much, meaning that your measurements will have a higher probability of being dead-on.

E7100i
The E7100i is not designed for outdoor usage. The E7100i’s laser isn’t powerful enough to provide accurate readings when exposed to direct sunlight. This isn’t exactly a deal-breaker, especially if you’re doing all of your work within the confines of a room or building.

E7500i
Unlike the E7100i, the E7500i can be used outdoors. Sunlight and other elements won’t do anything to affect accuracy or cause the laser to disappear midway between two objects within 650 feet from each other. Furthermore, this tool is IP65 rated, meaning that it is completely protected against dust and sufficiently resistant to water splashes.

Conclusion: There are several factors that can affect the accuracy of the measurements made by a laser. One such factor is brightness caused by the sun. When working outdoors, you need a powerful laser that won’t be as affected by sunrays. Otherwise, there will be a greater chance of inaccurate measurements. 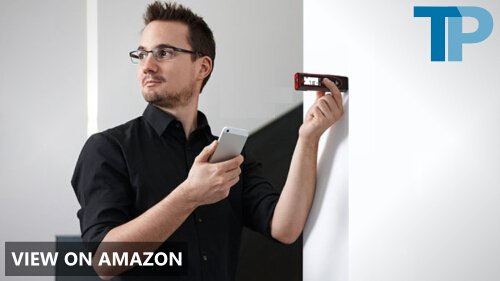 E7100i and E7500i
Making floor plans on your tablet or laptop is much easier to do with the help of either the E7100i orE7500i. Both of these devices can connect to your gadgets through Bluetooth 4.0. When connected, you can send measurements from the tool directly to your gadget, helping you plan out the length, width, and even volume of a room. To make use of the Bluetooth feature, you can download the Disto Sketch app on your Android or iOS device. Every professional architect and construction worker should have one of these tools to make complicated calculations so much easier to do.

E7100i
The only calculations that the E7100i provides are volume and area. There is no Pythagoras calculator to help measure distances between hard-to-reach corners. If you’re using a laser measurer exclusively for building cabinets and furniture, a Pythagoras calculator may not be entirely essential to the process. 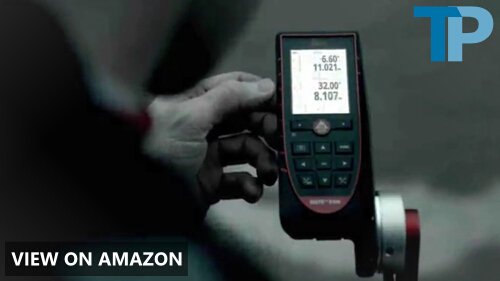 E7500i
What really sets the E7500i apart from so many other models on the market is its Smart Horizontal mode. When using this mode, obstacles blocking two objects won’t matter. Instead, the device will shoot a laser diagonally towards a tall object and, using the Pythagoras calculator, will determine the exact distance between the laser and object from the same level/height.

Conclusion: One of the unique things in a Leica laser distance measure is its Smart Horizontal mode. When using this mode, you can measure distances between two objects, even if there’s an obstacle blocking a direct path between the two. It shoots a laser at an angle and automatically calculates the distance as if measuring from the same height. Serious construction workers, architects, and appraisers can find this feature beneficial in finishing their tasks. 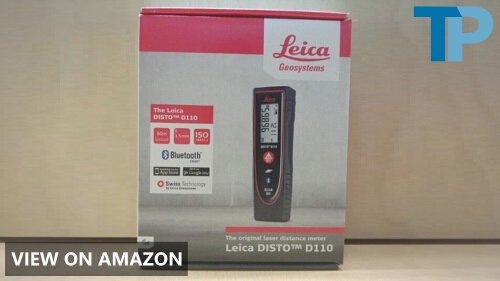 When looking at the E7100i and E7500i from Leica, we can see some rather significant differences. First of all, the E7100i appears to be designed for lighter-duty tasks, evidenced by its limited 200-foot range. There are also several other features that the E7500i has that aren’t available in the E7100i, such as Smart Horizontal mode and the ability to be used outdoors. This isn’t to say that the E7100i is a bad mode; in fact, if you’re working around the home or on light contract work, this tool may be the most cost-effective laser measurer to go with.

However, if you’re looking for the complete package, we highly recommend getting the E7500i. Its range is more than triple that of the Leica DISTO E7100i, it has a Pythagoras calculator as well as volume and area calculators, and can be used outdoors thanks to its powerful laser and IP65 rating against dust and water (the E7100i has an IP54 rating). 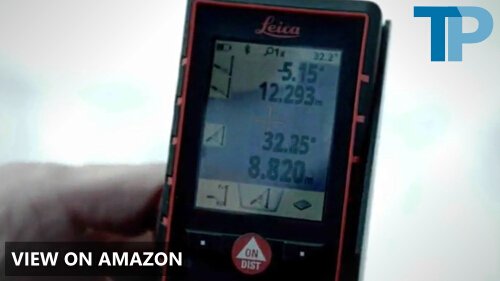