If you’re just beginning to build up your own collection of power tools, you’ll undoubtedly run into several challenges; the most confusing of which is which power tools you actually need.

The arguably most crucial power tool is the cordless drill/driver since there’s really no way to replace how well this tool drills holes in walls, wood, and even plastic. However, you might run into something called an impact driver. Aesthetically, an impact driver is similar to a cordless drill, albeit it with a shorter chuck. If you pay close attention, you’ll see that the shape of the chuck is different – three-jawed vs. hex chuck – each calling for different sets of bits.

As you scroll down the power tools aisle at your local retailer, you might come across something known as a hammer drill. Now your confusion grows multifold; what in the world is a hammer drill and how does it differ from an impact driverThey look different – one is stubbier while the other has an elongated chuck, not unlike that of a power drill.

Between impact drivers and hammer drills, impact drivers are the stubbier tool with hexagonal chucks. Their stubbed noses give them the ability to fit into tight spaces such as in between components in the hood of your car for breaking nuts.

An impact driver delivers a tremendous amount of torque. Torque is needed to drive long screws through materials like wood and concrete to a certain degree. The extreme amount of force is delivered in a manner that is similar to swinging a hammer against a vice grip in order to get it to spin. Each rotation of the chuck is coupled with several impacts per minute (IPM) to drive screws without stripping them in the process.

The main uses of an impact driver are to drive fasteners and break seized nuts and bolts. You can control the amount of torque by twisting the chuck position (if available) in order to reduce the risk of stripping the head of the screw.

Basically, an impact driver is used for building and repairing jobs. If you’re building furniture or a deck, looking to do some work under the hood of your car, or fixing up your bike, then an impact driver would be an invaluable tool to own. After pre-drilling holes using a power drill, you can drive long screws through them to connect boards together. 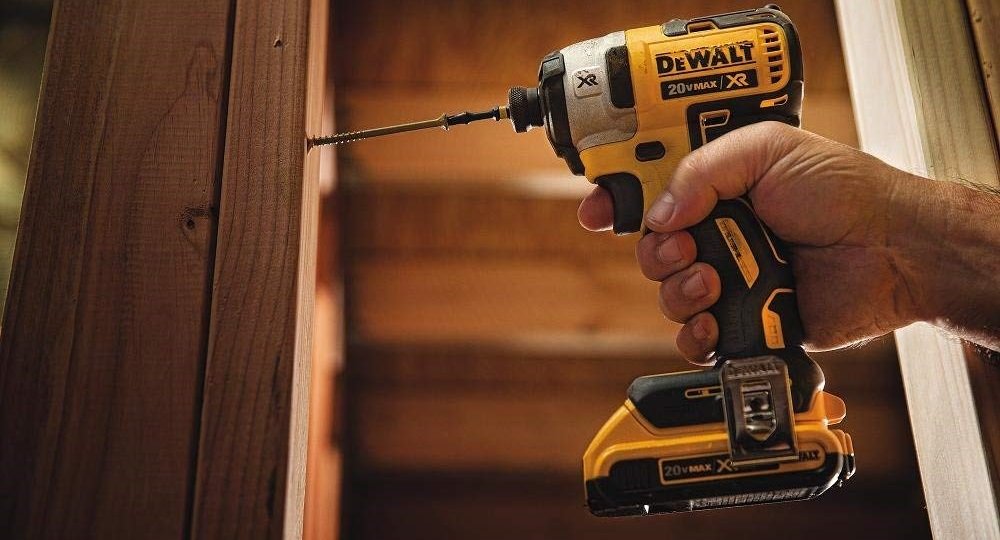 An impact driver can also be used to drill holes. However, it’s nowhere near as effective as a common power drill due to the hexagonal shape of the chuck and bit. At best, an impact driver should be used as a last resort to drill shallow holes in wood or walls since the impacts can cause the bit to move at an angle, creating an oddly shaped hole in the process.

A hammer drill looks more like a power drill, but the name can cause some confusion. In addition to looking almost exactly the same, they serve similar functions: to drill holes.

However, the magic sauce behind a hammer drill is the force applied in the direction of the chuck. An impact driver gives added rotational force for increased torque, whereas a hammer drill bashes the chuck into the material as the chuck rotates. What happens is that the bit has more penetration power for improved drilling depth.

As you can probably tell, a hammer drill is meant for drilling into extremely dense surfaces. If you need to drill holes through concrete, masonry, or rocks, then the hammer drill is your best bet. Users have commented how a hammer drill feels somewhat like a miniature version of a jackhammer. That’s why the secondary handle is there – to give you extra leverage to prevent the bit from flopping all over the place.

However, a hammer drill is never, EVER to be used to drive screws. Even if you have the dexterity to drive screws without holding the screw with one hand, you could end up doing one of two things: a) destroying the screw, or b) damaging the surface of the material you’re foolishly attempting to drive a screw into with a hammer drill. Leave driving screws to an impact driver or power drill.

Do I need an impact driver or hammer drill?

Another thing you might be asking yourself is whether you need one or both of these tools. Well, it all comes down on what you plan on doing.

Most home repair dudes don’t and won’t ever need a hammer drill since it’s basically a one-dimension tool. If you need to pre-drill holes into cement walls, there are dedicated bits that you can mount onto a power drill’s chuck. After that, use the same power drill to drive the screw in. A hammer drill can only remove the material from the wall before needing to switch tools to get the job done.

As for an impact driver, there are one-million-and-one things you can do with it, foremost of which is driving screws more efficiently. If you’re doing some automotive work, an impact driver can be useful in breaking stuck/rusted nuts, eliminating the need for a wrench and elbow grease.

Hopefully, we’ve answered your questions regarding impact drivers and hammer drills. The main thing to take away from this article is that impact drivers are made for driving fasteners and putting things together – e.g., fixing up cars and bikes and building furniture. A hammer drill is for causing destruction and mayhem. Oh, and drilling deep holes in super-dense materials like concrete, rocks, masonry, and so on. The average hobbyist won’t find much use out of a hammer drill, and even if you need to pre-drill holes in the aforementioned materials, you can go at it using a masonry bit mounted onto a power drill’s chuck. 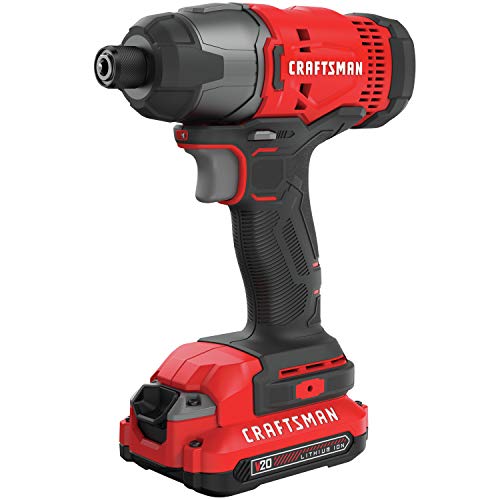