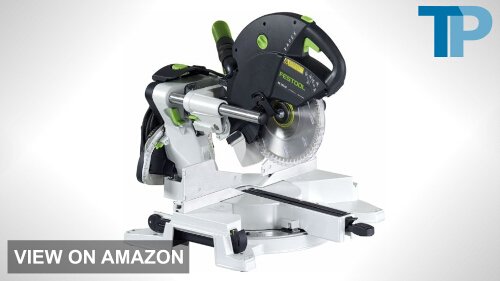 Today, we’re going to take a look at Festool 561287 Kapex KS 120 Sliding Compound Miter Saw which bevels and has a sliding neck. Though Festool isn’t that well-known for making high-quality saws, this model is definitely one to consider. Let just right into our review.

The control knob lets users adjust the blade’s angle to fractions of a degree (extremely accurate). The rotating knob engages a rack-and-pinion system which moves the head. The blade can bevel in both directions (dual compound) up to 47° each way. 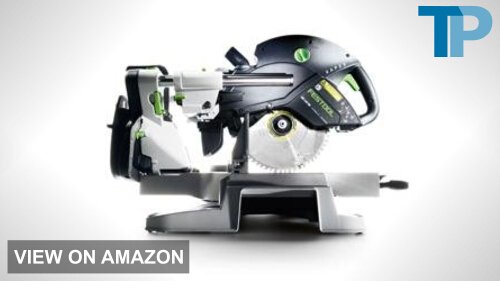 Traditional single-laser guides offer a rough estimate of where the right-side of the blade with enters the wooden slab or metal sheet. In this Festool model, the guide emits two straight lines which are separated by the width of the blade, letting you know where the blade will begin the cut and how for wide the produced cut will be.

Oftentimes, experienced woodworkers will make a station dedicated for their miter saw to operate, mainly because the saw is usually too heavy to carry around. With this Festool model, you don’t need to worry about portability – it weighs 47 pounds fully assembled, meaning you can take it from place to place with little trouble. Just be sure to keep the unit mounted correctly before operating it (mounts sold separately). 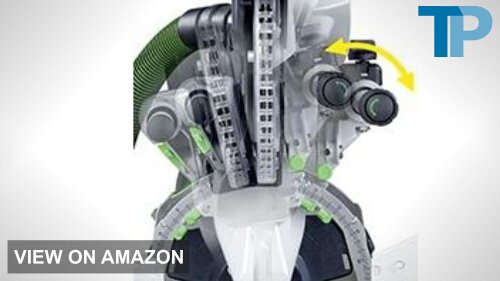 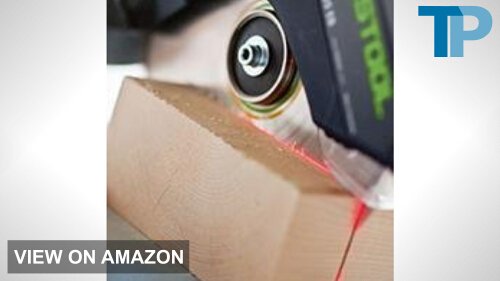 The Festool 561287 is arguably one of the most comprehensive sliding compound miter saws available on the market. Users have expressed their disappointment in the motor either dying out after limited use or decreasing in power over time.

Thankfully, this comes with a 3-year limited warranty from the manufacturer so you they will deal with complaints, returns, or replacements. As we mentioned before, Festool isn’t particularly known for high-quality miter saws, and we’re afraid that this tool might prove the company to be much too inexperienced to cram a wide range of features in one model. There are other great sliding compound miter saw models by other famous brands that come with similar price tags. 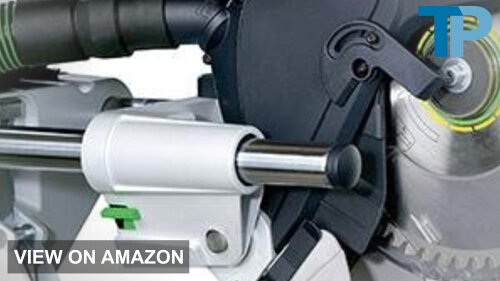