Chop saws are all the rage when you need to cut straight through metal pipes, angle beams, and nails. They work similarly to a miter saw, but most models lack the ability to bevel the saw head to make angled cuts through wood and metal. This is easily overcome by flipping the piece of metal over or clamping it down at an angle to give you the appropriate position for cutting. With a chop saw in your shop, you can say goodbye to the traditional hacksaw which takes way more effort to produce clean cuts in hard materials. 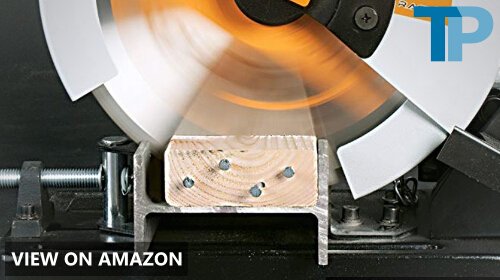 In this article, we’re going to take a look at three of Evolution Power Tools’ chop saws: the RAGE2, RAGE3, and RAGE4. The company is a master at making steel-cutting tools, and their expertise is clear from their high-quality chop saws. These three chop saw models might have similar functions, but their design and range cutting capacities are worlds apart. Let’s see which of these models would fit best in your arsenal of woodworking and metalworking tools.

RAGE2 and RAGE4
The RAGE2 and RAGE4 have the more traditional look to a chop saw. Although they have the ability to miter to produce angled cross-cuts, operating the tool is done by mainly dropping the head downwards and retracting it when it’s made a clean pass through the material. There aren’t very many bells and whistles that come with these models. 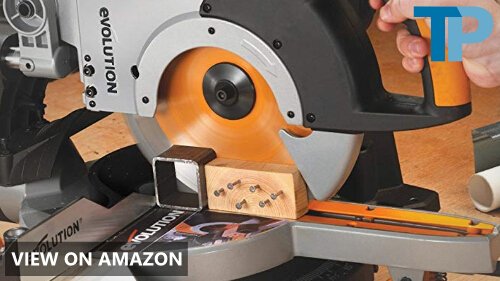 RAGE3
As for the RAGE3, this is basically a compound miter saw with a 28-tooth TCT blade. The miter-saw-design makes it bulkier and heavier, but if you’re used to operating a miter saw then this tool will be super-easy to use.

Conclusion: A simple alternative to a chop saw is installing a TCT blade in your miter saw at home. If you don’t have a miter saw, we recommend getting the RAGE3 since you can just swap out the TCT blade with a high-speed steel one for cutting exclusively through the wood. However, miter saws, even with a TCT blade or other metal-cutting blade, has very limited use on metal since they operate at much quicker speeds. For this reason, if you deal with metal on a regular basis, you’ll need a dedicated metal-chopping tool like the RAGE2 or RAGE4.

RAGE2
The RAGE2 has a speed rating of up to 1,450 RPM. This may seem low but keep in mind that metal-cutting tools should produce slower RPMs in order to cut through thicker materials. Because this tool is designed for thicker pieces of metal, you should feed the blade into the material at a slower rate.

RAGE3
The miter-saw-lookalike – the RAGE3 – has an RPM-rating of 2,500. This tool is the middle ground between the RAGE2 and RAGE4 in terms of how thick the materials this tool can slice through. 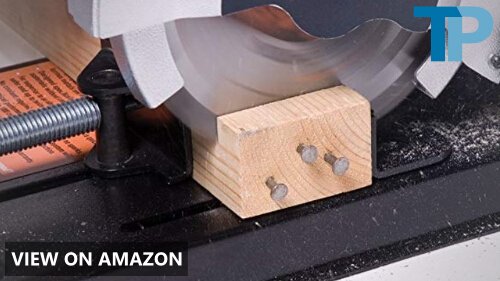 RAGE4
The RAGE4, the fastest blade, has a speed rating of up to 3,500 RPM no-load. The high-speed blade makes this tool more appropriate for cutting through low schedule pipes, thin angled beams, etc.

Conclusion: RPM plays a huge role in a chop saw’s ability to cut through all sorts of dense materials, including metals like steel, copper, bronze, etc. The thicker the material, the slower the blade should spin in order to cut cleanly through the material without producing sparks. If you deal with thinner pieces of metal, then the RAGE4 would be the best option here to get work done quickly. When dealing with larger, thicker pieces of material, the RAGE2 should suit you fine.

RAGE2
The size of the blade determines how thick/wide a piece of metal or wood can be cut by the chop saw. Larger blades have greater cutting capacities but are often slower than machines with smaller blades. The RAGE2 uses a super-large 14-inch blade, thus the slower RPM. 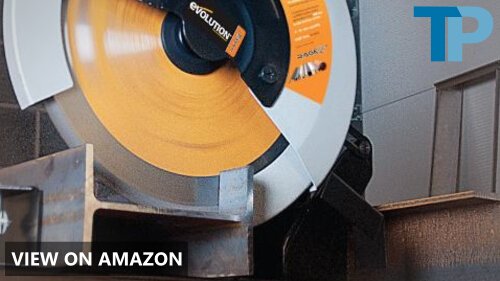 RAGE3
The RAGE3 comes with a 10-inch blade which is about the second largest size blade you can get for a miter saw. There are several types of blades out there for you to choose from in case you want to replace TCT blade that comes with the tool. Because of the commonly used blade size, you can install blades from different manufacturers in this saw.

RAGE4
This model comes with a small 7-1/4-inch TCT blade for multi-purpose cutting applications. The small blade means shallower cuts in a piece of metal or flipping the metal over to complete the cut. Small blades aren’t necessarily bad, but in general, they require more passes to finish a cut than a large 10- or 14-inch blade.

Conclusion: It goes without saying that the size of the blade can be an indicator of the cutting capacity of a chop saw. The larger the blade, the more material it can cut in a single pass. However, you must decide how big a blade you need. That being said, going big, in the case of chop saws, is better since it allows you to increase your workload as you become more accustomed to using the tool.

Mitering Capacity
RAGE2 and RAGE4
Unlike miter saws, the heads of these two chop saw models don’t swivel, but instead on the base is a swivel clamp which holds your material in place and can swivel to the left, up to 45°, to make angled cuts. The clamp system works rather nice, and it’s easy to set up and use. Just be sure that everything is tightened as much as possible to prevent kickback.

RAGE3
Unsurprisingly, this miter saw can cut angled cuts up to 45° to the left and right after swiveling the head. There are nine positive stops to help ensure that you’re cutting at the appropriate angle.

Conclusion: Being able to swivel the head or position the material at an angle helps in completing specific jobs. Between the swiveling head of the RAGE3 and the clamp system of both the RAGE2 and RAGE4, we prefer the RAGE3’s mitering ability. The clamping system is great, too, but it requires tedious measuring to get the appropriate angle, whereas the RAGE3’s positive stops along the 0° to 45° make for quick setup.

It’s clear that these three tools, though work similarly, have very different functions. The RAGE2, with its low RPM and large blade, is designed to slice through thick pieces of metal, plastic, or wood in a single pass. The RAGE3 is a miter saw that does what you’d want from a miter saw to do, but the addition of a TCT blade makes it extra versatile for cutting metal bars, pipes, and nails.

The RAGE4 is perhaps the entry-level chop saw designed for slicing through small pieces of metal, evidenced by its high RPM and 7-1/4-inch blade. We feel that the middle path – the RAGE3 – is the most flexible tool here, though if you have one in your shop and just need a metal-cutting chop saw to add to your collection, then we recommend getting the Evolution Power Tools RAGE2. 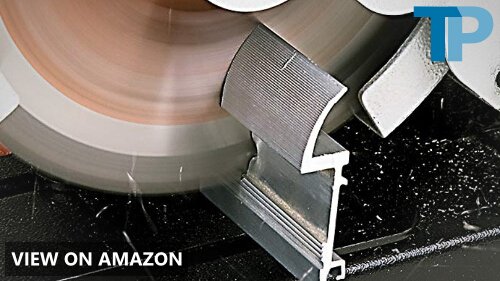 1 thought on “Evolution Power Tools RAGE2 vs RAGE3 vs RAGE4”