All sorts of craftsmen and woodworkers can benefit from the awesome power of compound miter saws. Not only are they extremely easy to operate, but they make quick work of cutting large pieces of wood down to size. If you need to crosscut boards, make crown moldings, or add decorative trims to your project, rest assured that a compound miter saw can be the best tool to get it done. 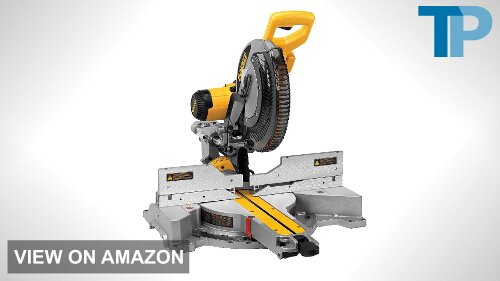 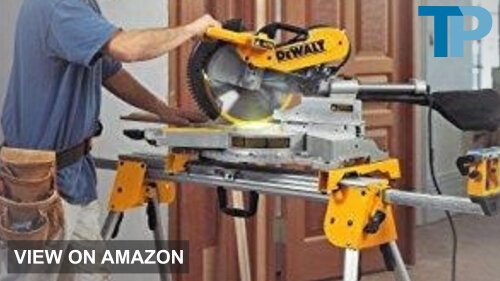 This compound miter saw is an extremely versatile piece of equipment. The saw bevels up to 48° to the left and 48° to the right. The dual-bevel feature lets users cut materials in any orientation you choose, effectively reducing errors due to flipping wooden slabs around. In addition, the saw can miter 50° to the left and 60° to the right. Preset angle stops (22.5°, 33.9° bevel stops, and 31.6° miter stop) are set at some of the most commonly-used angles to assist with making perfect angle-cuts all day. 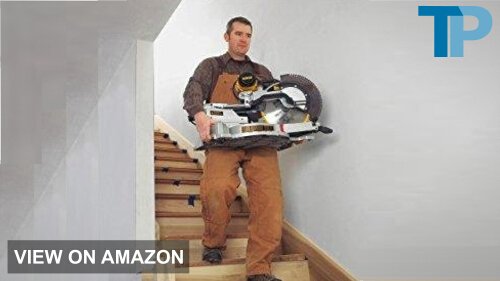 When the saw is set to 0°, the can product cuts of up to 6 ¾-inches in depth, as well as saw pieces of up to 13.75 x 4.4-inches thick. With the back fence in place, users can feed the unit boards of up to 16 inches in width. However, the cutting capacity comes with its fair share of drawbacks.

First, this sliding miter saw requires a large clearance space at the rear of the unit to allow the rails to glide easily. In addition, to control the bevel angle of the saw, you need to reach your arm all the way behind the unit and twist the knob. This is common in other miter saw models, but it’s still annoying to do. 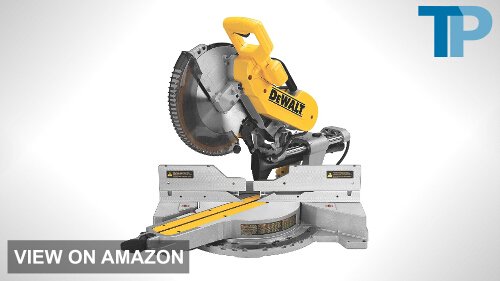 DeWalt’s own XPS light creates a shadow of the blade onto the wood piece you’re cutting. The shadow helps to align the blade and give an estimate of the produced cut. Surprisingly, the shadow from the XPS light is much more effective in being a guideline than any laser could ever hope to be.

This is mainly due to the width of the shadow being the exact same size as the thickness of the blade. Laser guides lose to this shadow-casting system since the width of the laser is constant regardless of the blade. This requires trial and error to get things set up perfectly. As for the XPS light on the DWS780, you get an accurate estimate of the cut before bringing the blade downward. 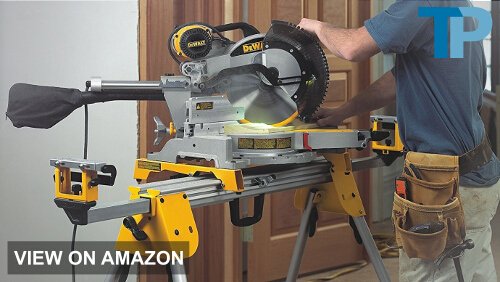 Upon purchasing the kit, customers will receive a single powerful 12-inch 60-tooth blade. This blade is, by no means, the most versatile blade, and users will definitely need to purchase additional blades for additional tasks, but the stock blade is a great place to start.

It’s built for general construction jobs, not fine woodworking. The DWS780 also includes hold-down clamps with the saw. However, there are no outfeed supports that come with this kit since the saw will most likely be placed on top of stationary or portable stands. Another neat, but imperfect, feature is the dust collection chute. The company boasts its ability to pick up 75% of sawdust and debris, but the residual 25% will still clutter your worktable. 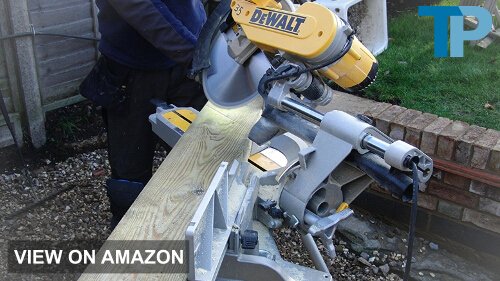 A handle sits atop the saw, and two hand grooves are positioned on either side for easy grip and lift. The DWS780 only weighs about 56 pounds in total, making it a relatively lightweight, portable miter saw, although lifting and carrying the tool from job site to job site might be a strain on your back. This miter saw features 12-inch blades for extra cutting depth and power, but in turn, the tool takes up a lot more space than 10-inch DeWalt miter saw models. 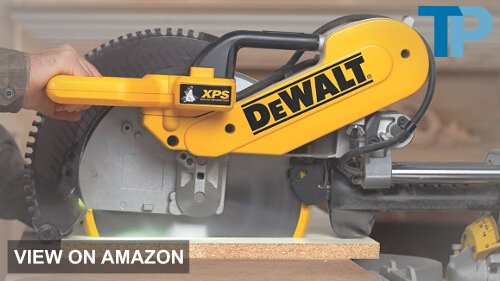 The DeWalt DWS780 Compound Miter Saw is definitely a powerful tool that any workshop could benefit from. Although there’s nothing really revolutionary about this miter saw per se, it’s still one of the best newer models that continues to uphold the quality of DeWalt-made power tools.

Overall, we find this model performs excellently in making straight, clean cuts, and the bevel and miter angles are easy to adjust. The feature we appreciate most is the XPS light and shadow-casting which works more effectively as a guide than lasers. 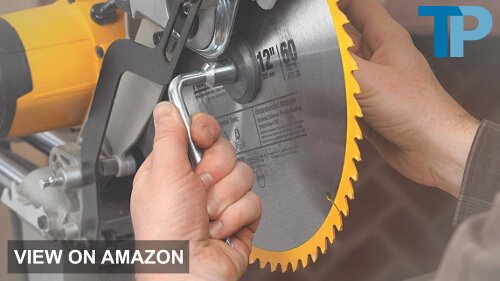