Woodworkers and metalworkers of all levels of expertise turn to angle grinders for grinding, cutting, and polishing applications. This versatile tool can be used in professional settings and for home projects alike. Before purchasing an angle grinder, there are several specs to take into account, namely the disc size, the power of the motor, speed, and overall comfort when handling the power tool. 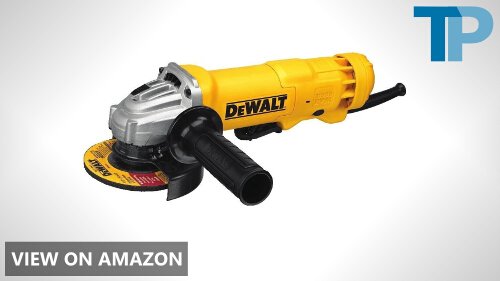 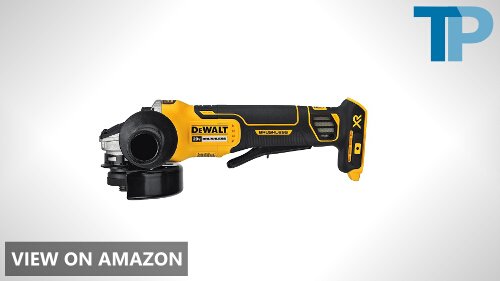 DWE402
In general, corded angle grinders deliver more power compared to their cordless counterparts. Of course, the tradeoff is portability and maneuverability. With a corded option such as the DWE402 angle grinder, your range of motion is limited to the somewhat bothersome cord.

DCG413B
The cordless DCG41B is more portable and easier to navigate, though operation times are limited by how much juice is in the battery. The good thing about this model is that since it features a brushless motor (more on this later), you get to use it for extended periods of time (compared to cordless models with brushed motors). This kit doesn’t include a battery pack, and we recommend purchasing a 6.0 amp battery since it holds can hold a longer charge and delivers consistent power.

Conclusion: Depending on where and how often you plan on using an angle grinder, either the corded or cordless could be the way to go. If you purchase multiple 6.0 amp batteries for the DEWALT DCG413B angle grinder, you’ll be able to run the unit for hours on end while the other batteries charge up. With the DEWALT DWE402, you only need to purchase a long extension cord though it increases the risk of tangling and becomes a tripping hazard. 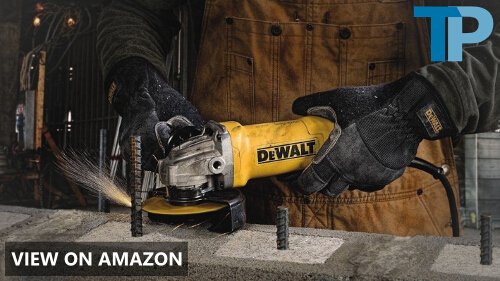 DEWALT DWE402
What Can you do With an Angle Grinder?

DWE402
There are two motor types to look out for – brushed and brushless. Brushed motors tend to produce more heat, creating the need for high-frequency maintenance, whereas brushless motors can dissipate heat better and reach high speeds. The DWE402 comes with a brushed 11.0 amp motor which delivers up to 11,000 RPM.

DCG413B
This model comes with a brushless motor which is 50% more power-efficient than brushed, cordless models. However, the motor is considerably weaker and produces only around 9,000 RPM.

Conclusion: With angle grinders, speed is a necessary spec to take into account, and the 11.0 amp brushed motor of the DWE402 outclasses the DCG413B by roughly 2,000 RPM. In this regard, we prefer the brushed former to the brushless latter, though you will save energy and maintenance costs with the DCG413B. 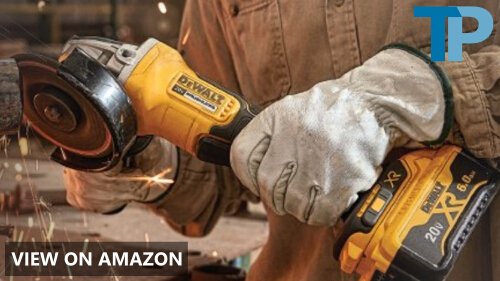 DWE402
The weight of the angle grinder also plays a role in portability, and it contributed to operator fatigue or lack thereof. The DEWALT DWE402 angle grinder weights roughly 6 pounds which is considerably heavier than other comparable angle grinders on the market, though some could argue that since the unit will be operated with both hands, the somewhat heavier build of the unit won’t cause any significant levels of fatigue.

DCG413B
On the opposite side of the weight-spectrum, the DEWALT DCG413B weighs only around 3.75 pounds (including battery). This entry-level angle grinder is weightless, even with one-handed operation. Even though it’s not the lightest cordless model out there, if the unit’s weight is a large concern, you have nothing to worry about with the DCG413B.

Conclusion: We feel that weight is, indeed, a significant point of consideration before purchasing an angle grinder, and we commend the DCG413B for being lightweight. If you’ve ever used an angle grinder before, you’ll know that fitting the disc into tight spaces at awkward angles is a hassle, and the featherweight build of this angle grinder makes it the preferred choice. 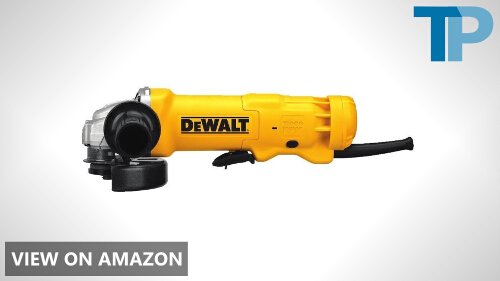 DWE402
The buildup of dust and debris can cause problems to both the material you’re working on and the unit. Typically, we look for tools that come with a built-in dust collection or ejection system, and we’re glad to say that the DEWALT DWE402 features just that. The unit’s cooling fan shoots little gusts of wind to eject any debris through the bottom.

DCG413B
This cordless angle grinder, unfortunately, does not have an implemented dust ejection system, meaning that you’ll need to manually bring your vacuum hose to the wood or metal piece you’re grinding. It’s not entirely a deal-breaker, though it’s a rather important point to take into consideration.

Conclusion: The clear winner is the DWE402’s dust ejection system which, we found, does an excellent job of collecting sawdust and debris and ejecting them through the bottom part of the angle grinder. 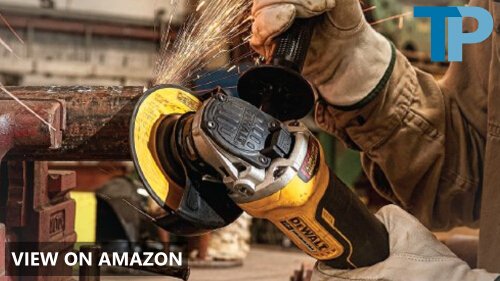 Potential users of the angle grinder

DWE402
There’s really no clear line in distinguishing whether an angle grinder is great when used for professional or DIY projects, though there are some ways to draw the line. For example, we find that the DWE402’s greater power and larger build make it more suited for professional contract workers who need a reliable angle grinder for taking to multiple job sites.

DCG413B
On the other hand, the DEWALT DCG413B could be a great tool for professional craftsmen, especially if they’re in need of a cordless model, but we find that this model is more suited for DIY hobbyists. This is mainly due to the weaker motor and lower RPM-count.

Conclusion: Once again, users need to distinguish which of these tools will work for them. In some cases, home DIY projects require heavy-duty tools, and contract jobs might only need light- to medium-duty equipment. In our opinion, the DWE402’s overall higher-rated power and speed make it the better all-around tool. 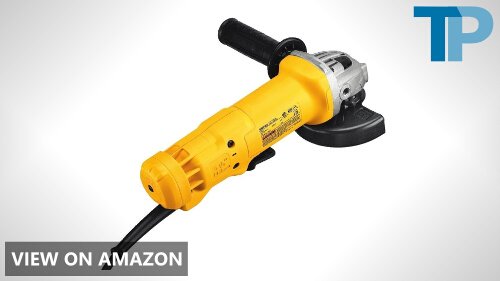 In some ways, these two tools can’t really go head to head. Corded versus cordless is just one example of where a customer’s subjective perception really dictates their purchase decision. However, when we look at the tools and their overall specs, we find that the DWE402 angle grinder is the better choice. In our minds, brushless beats brushed every time, but only when comparing tools that deliver the same or similar powers and speeds.

Although the 6-pound build of the DEWALT DWE402 might be a put-off for some people, we find that even in tight spaces and awkward angles, it’s still rather comfortable to hold and navigate, even when operating the unit one-handedly. However, one thing we didn’t like about either of these models is their lack of variable speed controls, meaning you’re stuck with working at their maximum speeds for even delicate surfaces. That’s just something to keep in mind. 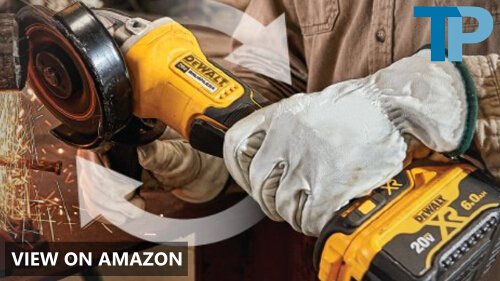 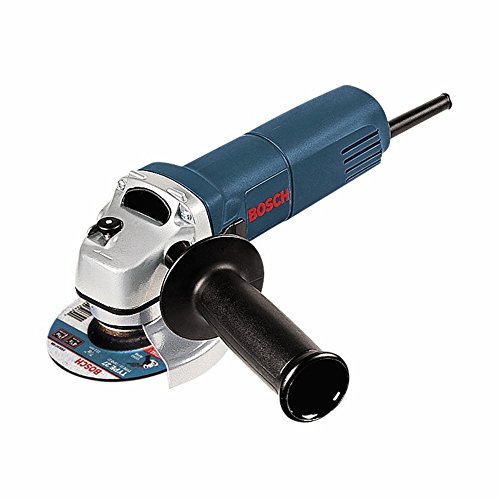