There are several tools that you can use to cut through metals, and in our opinion, the best tool you can use for the job has to be a multi-cutter saw. These saws can be used on ferrous (stainless steel, carbon steel) and non-ferrous (aluminum, copper, gold) metals. When chopping through non-ferrous metals, you need a blade that’s both delicate enough not to warp the metal stock or sheet, but powerful enough to produce clean cuts. 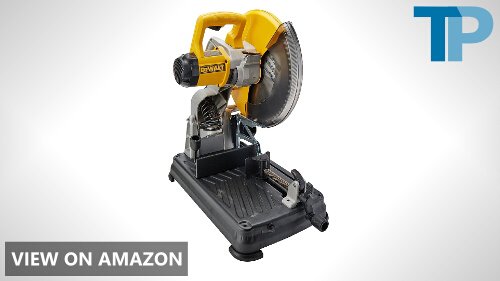 Of the seemingly infinite number of multi-cutter saws on the market, two models stand out as some of the best-performing ones when cutting both ferrous and non-ferrous metals. These models are the DEWALT DW872 and the Evolution Power Tools RAGE4. They both have received overwhelmingly positive reviews due to their reliability in cutting through metal like warm butter, and they are both highly regarded for their respective features which ensure safety and accuracy. Let’s jump right into our comparison. 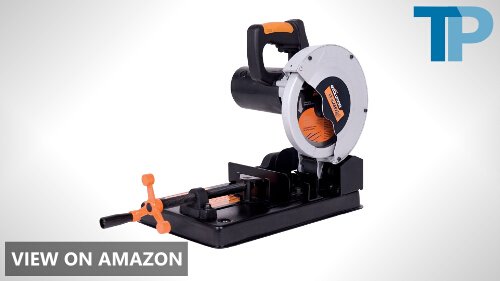 DEWALT DW872
The size of the blade directly correlates to how large or thick a stock the multi-cutter saw can cut through in a single plunging motion. Typically, users want to get work done with a single swipe, so it’s best to find a model that suits your specific needs and the thicknesses you’ll be dealing with. The DEWALT features a 14-inch carbide blade that delivers cuts of up to 5-3/16 inches deep, making it great for a wide range of applications, both at home for DIY projects and at professional job sites.

EPT RAGE4
The carbide blade of the EPT is considerably smaller than that of the DEWALT. This model features a 7-1/4-inch blade which can be used for slicing through metals as thick as 2 inches in a single plunge. This unit is better-suited for DIY-use for light-duty metal-cutting applications. Professional workers may be in the market for something with a bigger blade (at least 12-inches in diameter).

What Saw To Cut Through MetalMetal Cutting Guide

Conclusion: Between the blade sizes, only the user can determine which one will be best for use in their workshop. If you plan on doing light projects exclusively, the EPT might be the better option since you’re not wasting money on unused capacity. However, the DEWALT’s 14-inch blade accommodates users who start off with small-sized metals in the beginning and move to larger projects in the future. 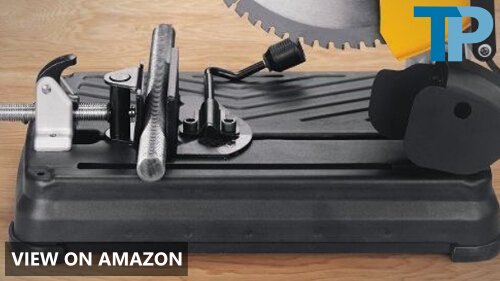 DEWALT DW872
Even though most DIY-ers will be working out of a workshop or their garage, having a lightweight power tool is handy for when they need their tools on site. The DEWALT weighs roughly 55 pounds fully assembled, making it light enough to carry it to and from your workspace.

EPT RAGE4
As for the EPT, the small blade size means it comes with smaller components, and the engine doesn’t need to be super-beefy to spin the 7-1/4-inch blade. This makes this unit much more compact and lightweight (only 19 pounds fully assembled), so carrying it with one hand and taking it to the worksite is easily done.

Conclusion: The tradeoff you get for the EPT being lightweight is its cutting capacity. The tradeoff for the DEWALT’s large 14-inch blade is its bulkier build. Depending on what you need and where you need it, either model could suit you just fine. For the DEWALT, even at 55 pounds, we consider this to be surprisingly lightweight considering how much it can do. 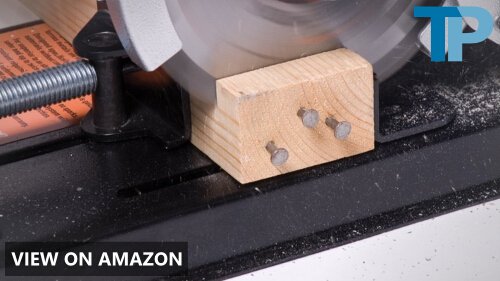 DEWALT DW872
All multi-cutter saws for cutting metal come with a back fence and tension screw to keep the metal stock and pipe in place. This ensures that the material doesn’t move when the blade plunges into the surface, preventing kickback and other unwanted occurrences. However, when making mitered cuts, it’s important for the tension screw to be angled with the fence in order to provide proper grip. To help with this process, the DEWALT kit includes a vertical/angle clamp for improving safety when making angled cuts.

EPT RAGE4
As for the EPT, out of the box, you’re left with the tension screw and pivoting fence to keep your metal stocks in place while making mitered cuts. However, we feel that even without an angle clamp, the screw and fence do an adequate job at keeping your materials from flying around your garage.

Conclusion: Safety should be your number one priority when working with metal, especially when using high-speed blades to cut through them. DEWALT’s included angle clamp ensures that when making tricky miter cuts up to 45°, there will be a significantly reduced risk of kickback. As for the RAGE4, even without an angle clamp, the stock tension screw and fence keep your piece in place without wobbling. In our opinion, regarding the safety mechanism for mitered cuts, it’s a stalemate between the two. 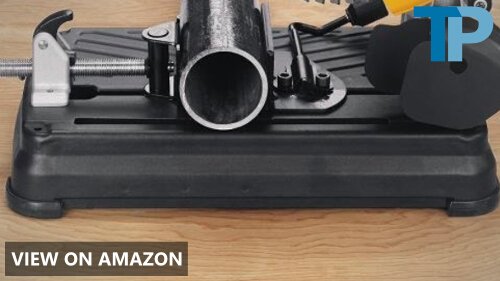 DEWALT DW872
When it comes to making mitered cuts, it’s important to have an angle gauge that shows accurate angles to assist in the process. Unfortunately for the DEWALT’s case, many users have complained that DEWALT (surprisingly) messed up with their angle reader, leading to mismatching miter-cut finishes. The solution is simple: measure the angle manually before cutting.

EPT RAGE4
In the case of this EPT model, there’s no such problem. The angle reader for making mitered cuts is accurate so users can rely solely on the built-in angle reader to help make angled cuts. Of course, we recommend measuring manually to be sure (just in case you come across a faulty angle gauge).

Conclusion: It’s a shock to see that DEWALT has messed up horribly in their angle reader. A fault angle gauge can lead to expensive mistakes down the line. The EPT, on the other hand, has a flawless angle reader to help users pivot their fence to the appropriate angle for mitered cuts. 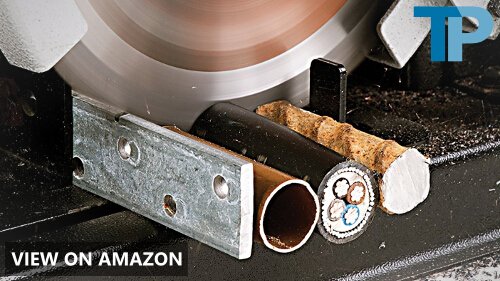 Between the two models, we feel that the DEWALT DW872 is the better option to go with, despite its faulty angle gauge. Everything else about it makes it the more superior model to the Evolution Power Tools’ 7-1/4-inch RAGE4. First of all, the DEWALT is built to handle both small and large metal-chopping job (up to 5-3/16 inches), whereas the RAGE4 is only suited for thicknesses up to 2 inches. 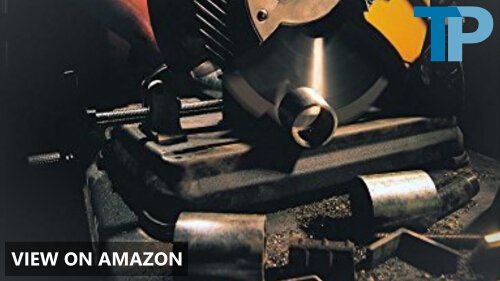 Next, even though the RAGE4’s tension screw and back fence work well when making angled cuts, we feel that the included angle clamp that comes with the DW872 is the extra mile that puts this unit above a large selection of other multi-cutter saws. Just remember that between these two models, you’re getting two different capacities, and your biggest concern should be how thick a metal you plan on cutting regularly. 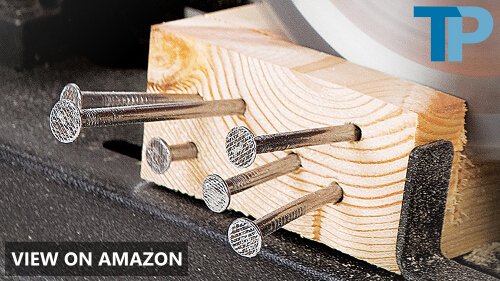