Whether you are a professional or amateur woodworker, sooner or later you will need to trim wooden boards in order to give them a fresh look or adopt them to fit somewhere. Well, then you need a benchtop planer. 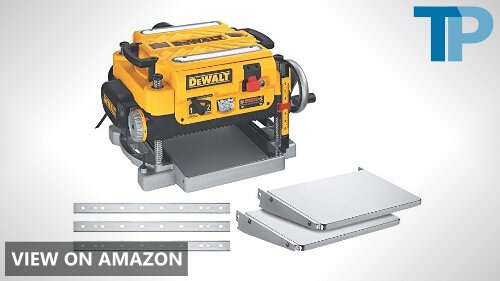 Benchtop planers are considered the affordable alternative to the much-bigger industrial planers. In contrast, these machines are portable and compact enough to fit in any standard-garage workshop.

And let us tell you, this is a tool that can take your maintenance and creative woodworking abilities to the next level. Not only that, but a good benchtop planer can also provide you with an alternative source of income: you can rent it out or offer a valuable service in your neighborhood.

A good benchtop planer is versatile, easy to use and powerful. Two models in particular are well worth a looking into: the WEN 6552 and the Dewalt DW735X.

Let’s see how they compare. 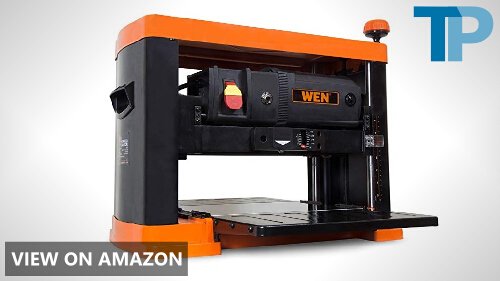 How powerful are they?

WEN
The most important feature of any benchtop planer is its motor. If the motor is not powerful enough, it can get overburdened and, eventually, burned out by harder materials such as hard maple, Brazilian walnut and stranded bamboo.

To avoid such issues, the WEN is fitted with a powerful 15A motor which generates up to 25,500 cuts per minute at a 26 feet per minute feed rate. This is more than enough power to serve your daily DIY needs. What’s more is the cutter head, fitted with three knives, which relentlessly cut at the wood carving a real smooth and finished look that rarely needs sanding.

Dewalt
If you know your woodworking, you’d probably know that everything upwards of 8000 revolutions per minute at the cutter head – the part that trims the boards and is propelled by the motor via a belt – is more than enough to deal with most wood types. Anything below that should be avoided as it may cause damage to the motor in the long run. 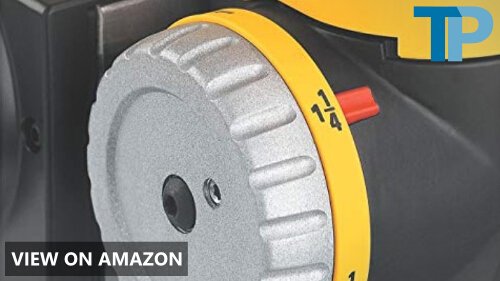 The Dewalt DW735X is the proud owner of a motor that generates up to 20,000 rpm. This roughly translates to 10,000 rpm at its triple-knife cutter head. You can additionally fine-tweak the process by selecting one of two speeds: dimensioning and finishing. ‘Dimensioning’ provides 96 cuts per inch while ‘finishing’ – 179 cuts per minute, giving the wood a smoother, more polished look.

Verdict: The Dewalt is more powerful. Having in mind that the cutter head of both models is fitted with three knives, 1000 rpm would translate to 3,000 cuts per minute. With its 10,000 rpm at its cutter head, the Dewalt outshines the WEN’s 25,500 cuts per minute. Both give the processed timber a smooth and finished look, but the Dewalt allows users to slow the feed rate, giving the cutter head time to make more cuts. This contributes to a smoother look.

WEN
Capacity roughly translates into: how capable is the planer at taking on wooden boards of varying sizes. A benchtop planer with a capacity of anything less than 11 inches in width is just not worth your time. Buying this model will hardly draw ridicule from woodworking professionals as it is capable of dealing with wooden boards six inches thick and 13 inches wide. 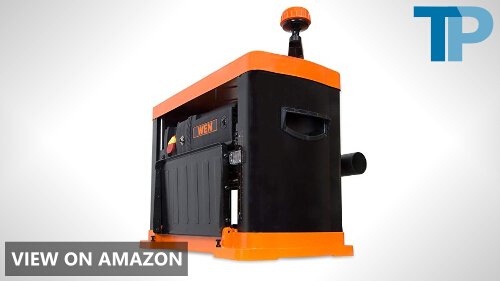 Also, you can set the exact depth of the cut you want. It ranges from 0 to 1/8 – 1/8 of an inch being the maximum material the machine can strip off from the wooden board. A dial on top of the device allows you to bring the top part of the vice up and down in the bit to accommodate the thickness of the boards.

Dewalt
The Dewalt planer is designed to plane wood planks up to 13 inches in width. This gives you room to tackle most home projects with ease.

Choose the depth to your liking, from 0 to 1/8 of an inch. A unique metal tag lets you know the most appropriate depth for planks of different widths. Additionally, you have a dial on the top of the machine which helps users further fine-tune the planing. You can also select the maximum distance the machine will sink in order to accommodate the thickness of the wooden boards. This is especially handy if you want to plane many boards with the same depth setting. 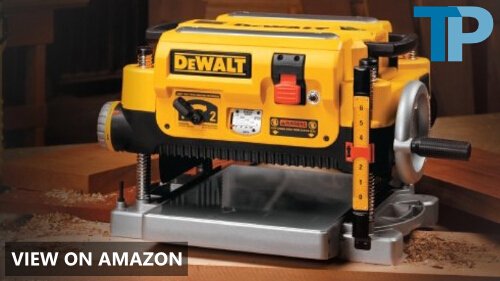 Verdict: Selecting the exact depth for planing is a straightforward process with the WEN. The Dewalt however offers users the option of restricting its vice, so it remembers the settings of your last job in case you have many planks or boards to plane.

WEN
Mind you, benchtop planers do not propagate peace and quiet. They are professional-grade tools after all. Noise, however, is often not the biggest problem. The wobbliness which could make the machine imprecise is. The solution comes in the form of a heavy-duty iron casing which anchors the planer – its overall weight is 66 pounds. 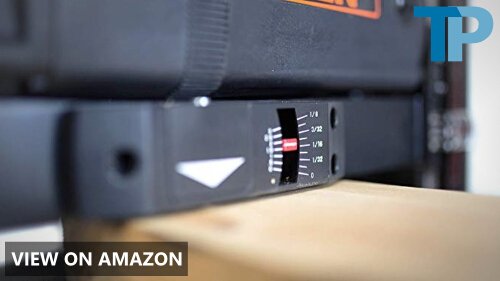 Additionally, a fan-assisted dust port helps blows away dust and chips from the workpiece, ensuring absolute precision. Potential snipe – the nasty dip at the ends of the boards which could result from feeding boards in and out of the wood planer – is elegantly dealt with by supplying height-adjustable infeed and outfeed tables.

Dewalt
The suction system designed to deal with the remaining chips and sawdust leaves a clean and tidy working environment and contributes to the fantastic precision of planing. Additionally, this model is fitted with a 19-inch aluminum base which is a more solid base compared to the standard 10-inch base plus folding tables. Building a platform to extend this base further is the right way to go to entirely “wipe out snipe”. 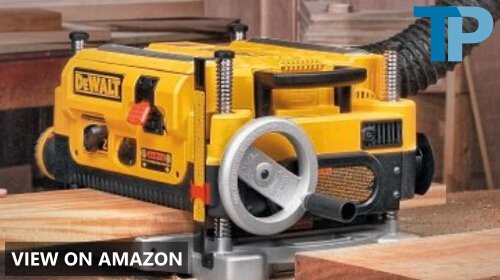 The overall weight of the machine is 105 pounds. Being one of the heaviest out there, it is advised that a separate movable platform is built for it. The extra weight adds to the planing precision of the machine.

Waking up one day and walking out on your ‘refreshed and new’ good old patio for a cup of coffee can be a reality with benchtop planners. These machines are a hallmark of excellence for any woodworker or DIY enthusiast. Versatile and powerful, they trim the worn out outer layer of floorboards, furniture parts and other timber material, giving them a brand new look.

Both the Dewalt DW735X and WEN 6552 can fulfill and exceed your planing needs. Overall, the Dewalt is the better machine. It is more powerful and offers users two speeds of processing. The WEN, however, is no way falling too far behind. Overall, both models offer an affordable and reasonable alternative to industrial thickness planers. 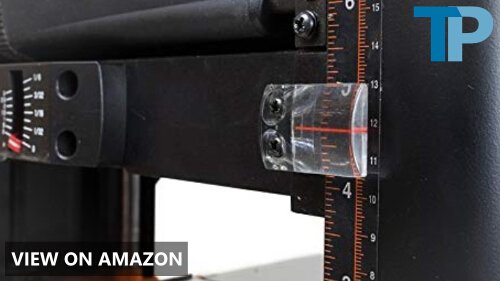