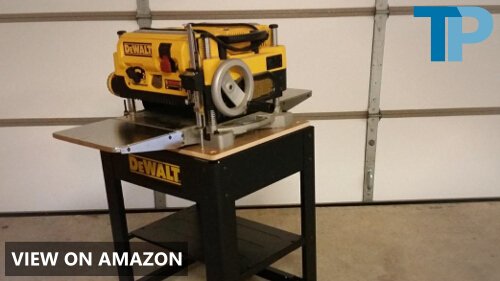 In this article, we’re going to take a look at three popular manufacturers’ top thickness planer models: the DW735X from DEWALT, the 6550 from WEN, and the 2012NB from Makita.

DEWALT DW735X
The DEWALT comes with a 15.0-amp motor that produces up to 30,000 CPM. The motor has two different speed settings: a quick 179 CPI speed for dimensioning boards quickly and a slower 79 CPI for final smoothing. The boards are fed under the cutterhead at a rate of 14 feet per minute, so it’s rather slow, but you can’t argue with the results. 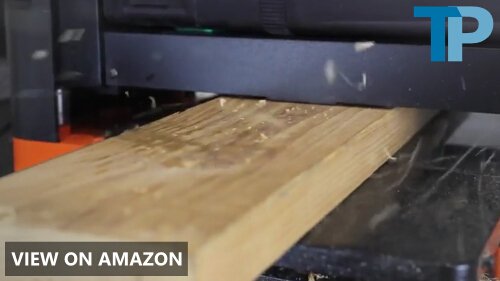 WEN 6550
The WEN also features a 15.0-amp motor which rotates the cutterhead at a speed of up to 17,000 CPM. Like the DEWALT, the WEN’s motor can be set between two different cutterhead speeds: 179 CPI and 96 CPI. Despite the almost halved CPM of the DEWALT, the WEN has a feed rate of around 26 feet per minute.

Makita 2012NB
Just like the models above, the Makita sports a 15.0-amp motor, and similar to the WEN it delivers up to 17,000 CPM. What sets the Makita apart from the other models is that the motor only has a one-speed setting of 179 CPI, but believe it or not, the high CPI works great for both pre-dimensioning and final smoothing jobs. The Makita has the quickest feed rate of the three at 28 feet per minute.

Conclusion: Looking at their respective motors, we would have to say that the DEWALT has the best motor of them all simply because it has a super-fast cutterhead speed of up to 30,000 CPM. 17,000 CPM is by no means slow, but more cuts translates into high-quality, super-smooth finishes. 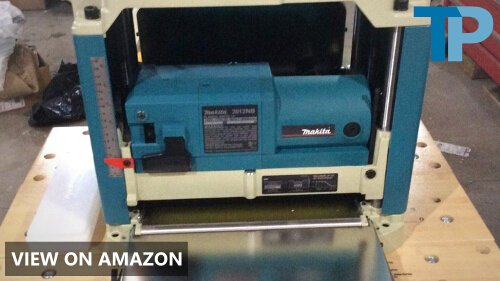 DEWALT DW735X
One thing you want to consider when purchasing a thickness planer is how large board can slide under the cutterheads. The DEWALT has a maximum capacity of 13 inches wide by 6 inches thick – about the largest size you’ll get for a non-industrial-grade thickness planer.

WEN 6550
There’s hardly any difference between the WEN’s and the DEWALT’s respective capacities. The WEN can take in boards as large as 12.5 inches wide by 6 inches thick. A ½-inch disparity shouldn’t be too significant unless you work exclusively with 13-inch wide boards.

Makita 2012NB
The Makita has the smallest capacity of them all, but the difference is minuscule. It has a maximum capacity of 12 inches wide by 6 inches thick. In general, the larger the capacity, the better the model, but even 12 a foot wide there’s nothing to hate here. 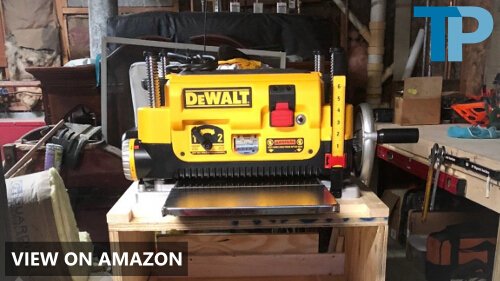 Conclusion: In terms of capacity, it’s pretty much a three-way stalemate. We could say that technically the 13-inch wide DEWALT is the best of the three, but it really depends on the size of the boards you work with on a regular basis, but the safest route would be to go with DEWALT’s ability to handle boards more than a foot wide.

DEWALT DW735X
What really helps with producing smooth, clean finishes is the number of knives on the cutterhead. Basically, more knives mean more cuts mean smoother surfaces. The DEWALT’s cutterhead uses three reversible HSS blades. Because it has three blades, they can last for considerably longer than a dual-blade setup. 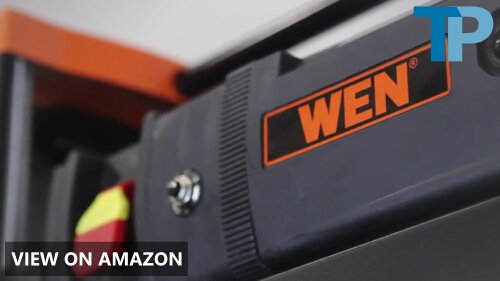 WEN 6550 and Makita 2012NB
Both the WEN and the Makita feature cutterheads that use two knives. A dual-knife setup isn’t bad at all, but it won’t be able to produce nearly as many cuts as a three-blade cutterhead. Furthermore, fewer blades combined with a quicker feed rate theoretically produces less smooth surfaces that would require multiple passes to smooth out completely.

Conclusion: It’s clear that the three-blade cutterhead of the DEWALT is superior to the WEN and Makita’s dual-blade design. The good thing is that the blades on all of these machines are reversible so you can get some extra work out of them before they need to be replaced. It’s just that the DEWALT’s blades work much more effectively and efficiently. 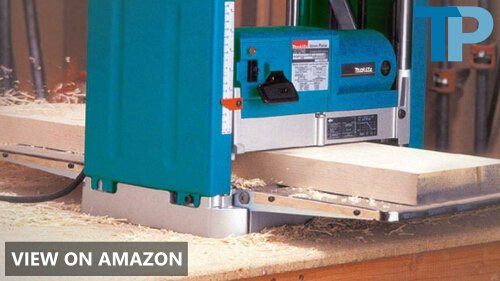 DEWALT DW735X
The only difference between the DW735 and the DW35X is the addition of stainless steel infeed and outfeed tables on the latter model. The base measures in at 19-3/4 inches, and with the feed tables in place, you can get an additional 26 inches of extra support. The tables are foldable and detachable to make transporting the machine easier.

WEN 6550
The granite infeed and outfeed tables that come with the WEN are also foldable to help save space during storage. Although granite weighs considerably less than stainless steel, there is no risk of it warping in shape or bending due to falling. However, if dropped from your bench, the tables could break completely. 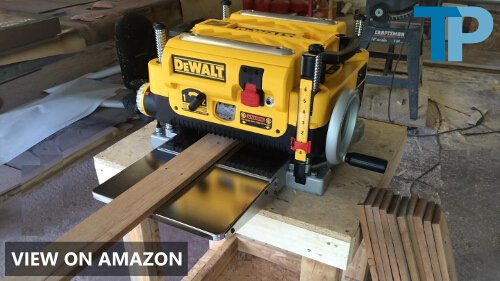 Makita 2012NB
The Makita also has large stainless steel feed tables attached to both the infeed and outfeed of the unit. The only problem is that the tables are not foldable, meaning that the only way you can transport this unit to and from places is by detaching them.

Conclusion: Of all the tables here, you get the most support from the DEWALT’s 26-inch infeed and outfeed tables. In terms of construction, the WEN’s granite table is best unless you drop it on your foot, risking breaking both the table and your toes. The Makita would probably work best as a static thickness planer that you leave in the workshop. 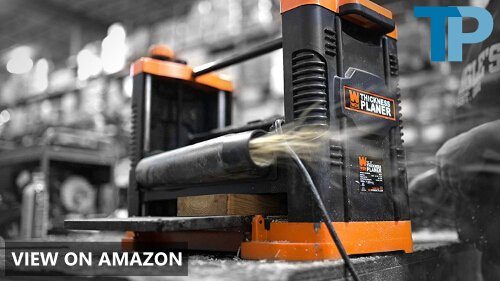 DEWALT vs WEN vs Makita: Verdict

Between the three models – DEWALT DW735X, WEN 6550, and Makita 2012NB – we feel that you can’t go wrong with the DEWALT. In terms of handling snipe, all of these models have some issues, especially when the tables are placed incorrectly, but it won’t be a considerable problem if you follow the basic guidelines of how to run boards through these machines.

The thing that really sets the DEWALT DW735X apart from the WEN and Makita is its three-blade setup that produces up to 30,000 CPM. This makes dimensioning and final smoothing much more easily done with fewer passes under the cutterhead. It’s not that the WEN and Makita are bad models, but the DEWALT practically leaves the other models in the sawdust. 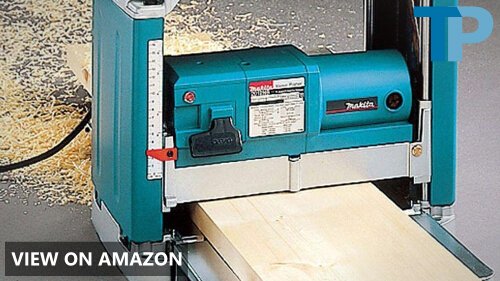 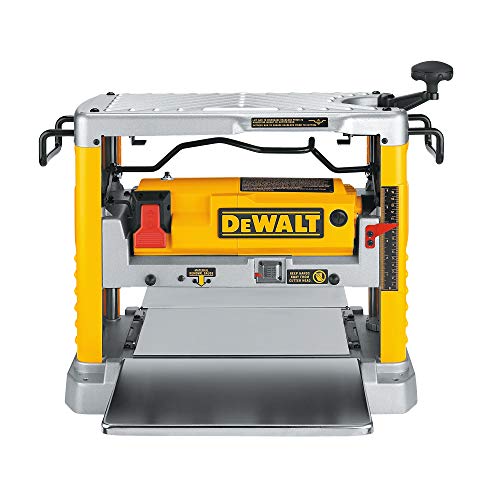