Amateur and professional carpenters will swear that tabletop planers are vital for producing top-notch furniture. Wood planers are used to cut boards to your desired thickness, smooth out any roughness or naturally-occurring damage on the board, and even out both sides of a single board. Think of these machines as an investment where dividends are in the form of lumber savings. 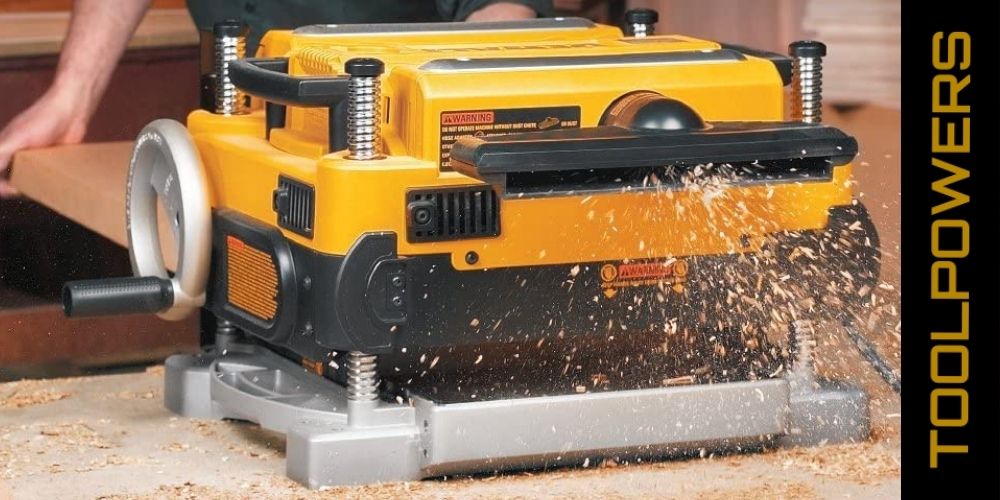 The most important things to look for in a planer are the cut quality and snipe. To save money on lumber, we need to ensure that our planers don’t produce snipe (unlevel cuts on the front or back end of the passing board) or scalloped cuts (rough, uneven surfaces). In this article, we’re going to take a look at two critically acclaimed benchtop planers: the DEWALT DW735X and the Makita 2012NB.

Both companies have large fan bases for good reason – they’re simply some of the world’s best power tool manufacturers. Although there are some overlapping specs between these two models, there are several differences to pay attention to. Let’s dive right in and compare the two planers.

DEWALT DW735X
This DEWALT tabletop planer features a 15.0 Amp motor which delivers up to an astounding 30,000 cuts per minute. The more cuts packed into a single minute, the cleaner and smoother the finish. However, you need to let the machine do the work for you and make sure you don’t exceed the manufacturer recommended feed rate of 14 feet per minute.

Makita 2012NB
Like the DEWALT, this Makita model comes with a 15.0 Amp motor which delivers around 17,000 cuts per minute, almost half that of the DEWALT. However, this machine works twice as fast, allowing users to push pieces of a board at a speed of 28 feet per minute.

Motor-wise, the DEWALT works more optimally by making almost twice as many cuts as the Makita. However, if you’re working on smoothing and leveling multiple long pieces of wood, the Makita is more time-efficient.

Makita 2012NB
This machine comes with a single gear that delivers 179 cuts per inch. Even though this machine doesn’t feature a slower speed, it still makes quick work of reducing height and smoothing surfaces. Essentially, the slow gear isn’t as needed in this device, but it would have been a nice feature. 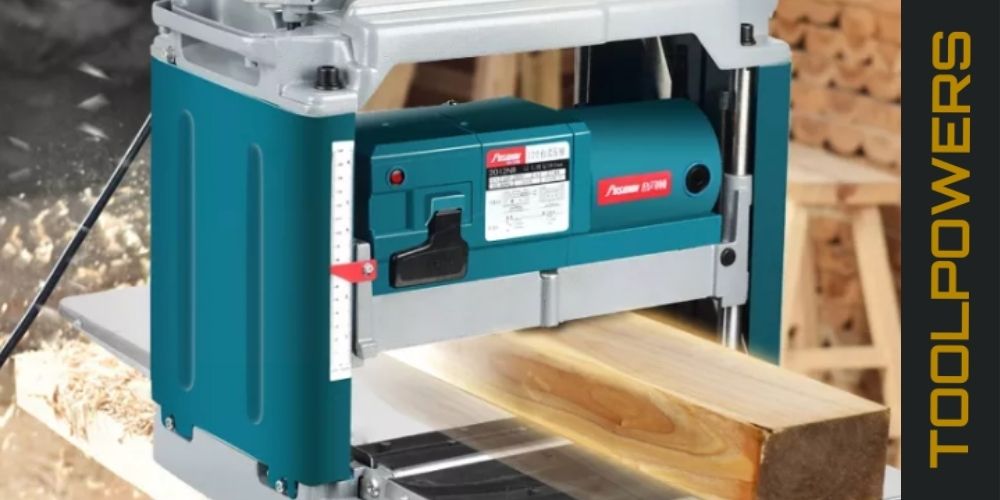 We like how the DEWALT gives greater control to users by having two cutting speeds. The Makita works great at both shaving and smoothing, but the DEWALT puts you in charge of what you want to do.

DEWALT DW735X
We see a lot of overlap in how well the DEWALT and the Makita perform. This tabletop planer features a triple-blade system for leveling and smoothing your boards up to 13 inches wide and 6 inches tall. The blades can be adjusted to cut as deep as 1/8 of an inch per pass.

Makita 2012NB
This Makita-produced tabletop planer uses a dual-blade setup for cutting up to 12-inch wide and 6-inch tall boards down to size. The depth of cuts can also be adjusted up to 1/8 of an inch per pass.

It’s pretty much a stalemate when it comes to cutting capacity. However, the DEWALT would win this battle based solely on the fact that you can feed 13-inch wide boards as opposed to the Makita’s 12-inch wide setup.

DEWALT DW735X
In the end, the most important thing about planers is how smooth the finish is. One problem that several customers complain about is that although it works wonders on softwoods, it struggles at smoothing and leveling hardwood. Even with repeated passes, customers continued to see scalloped cuts and deep scratches on the DeWalt DW735X planer. Another issue is snipe. We found the length of snipe from the edge of the board inwards was too much to ignore. 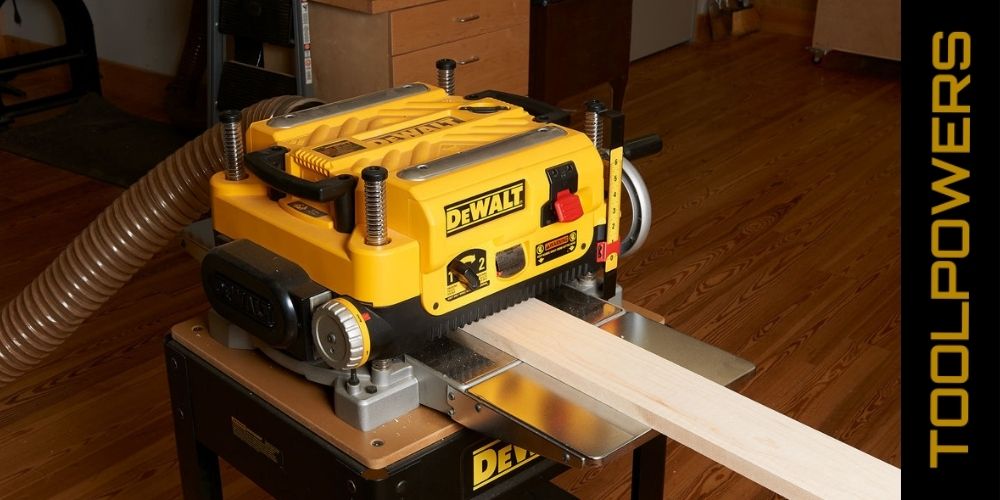 Makita 2012NB
Theoretically speaking, the slower cutting speed and the quicker feeding speed of a wooden board should produce inconsistent cuts which damage your lumber, but we were surprised at how amazingly smooth the surface of the boards became. The amazing thing about the 2012NB is that there is hardly any snipe on either end of the board. We find that the shorter distance between the rollers and the blades made for better snipe control, reducing it to an insignificant amount.

We were surprised at how well the Makita did at smoothing and leveling while keeping snipes to a minimum. However, both of these machines do leave snipe marks (especially the DEWALT) so we suggest inserting a sacrificial piece of wood in front and back of the board to level.

DEWALT DW735X
This benchtop planer features a chip ejection system that shoots out the woodchips and debris through the chute located on the back of the unit. Users will need to attach a hose or place a bag over the chip chute since this planer shoots wood chips extremely far.

Makita 2012NB
This unit uses a dust hood which comes with a port where users can attach a vacuum hose to suck up chips and debris. However, from the start, it’s obvious that Makita’s dust collection setup is inferior to the ejection system in the DEWALT. The hood simply doesn’t hold onto all of the dust and chips. 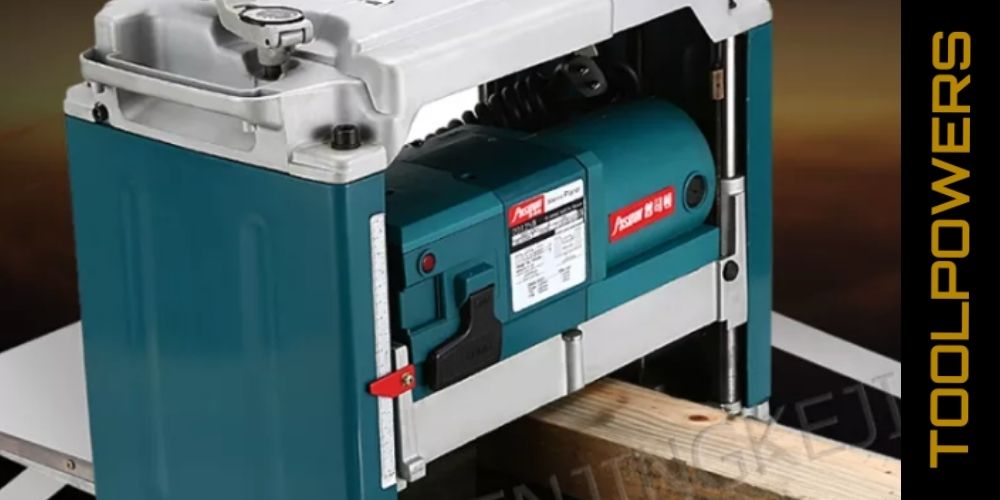 The dust-collecting capabilities of the DEWALT are much more efficient and effective than Makita’s. The unique drawback of DEWALT’s chip ejection system is that, without a hose connected to the chute, the vacuum port is extremely loud.

DEWALT DW735X
The DW735X differs from the regular DW735 as it comes with preinstalled in-feed and out-feed tables. The foldable tables are constructed of durable stainless steel. The tables can be folded or detached for convenience and to save storage space.

Makita 2012NB
This device comes with a large table extension. However, the tables themselves cannot be folded or adjusted in any way, and the only way to save space when you store this device is to detach the metal tables.

If you don’t plan on moving the unit around too often, then leaving the tables on shouldn’t be a problem. However, if you’re taking the planer with you from place to place and need to save space in your truck, then DEWALT offers more convenience.

DEWALT DW735X
The DEWALT weighs a massive 92 pounds after assembly. Without mounting the unit to a workbench or surface, its natural weight will keep it down and prevent it from moving. The only drawback of its weight is that it makes the DW735X less portable. However, if you’re only using this device in your workshop, then it shouldn’t be a problem.

Makita 2012NB
This tabletop planer weighs in at only 62 pounds after assembly. It’s not exactly light on the back, but it’s considered portable and easy to move from job site to job site. This tool will have to be locked in safely from the base to prevent vibrations and movement.

We like the Makita’s lightweight and portability. The DEWALT would better suit woodworkers who work out of one workshop and don’t need to take a planer with them wherever they go.

DEWALT DW735X
This machine uses a triple-blade system so replacements should come three in a pack. The blades themselves don’t chip or get warped easily, so you’ll save money in the long run on blades. The blades are also double-sided which means you get twice as much work done with a single blade than you normally would. The downside of double-sided blades is that they can’t be sharpened, meaning you’ll have to purchase replacements. 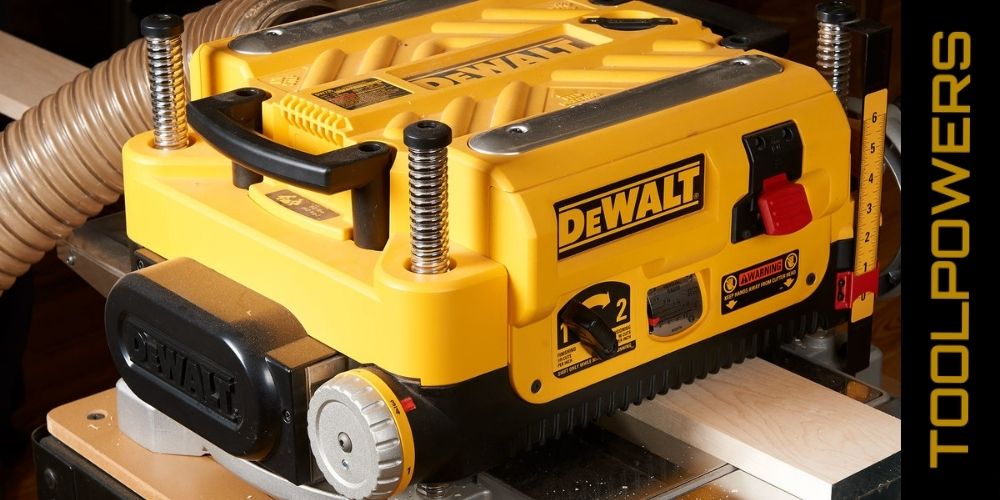 Makita 2012NB
This machine uses a dual-blade system. The problem with this machine is that, due to its one-speed action, you’ll most likely need to replace blades more often than you would with the DEWALT. Blades fitted for the 2012NB are double-sided as well.

When we look at the blades, there’s a lot of overlap so it can be difficult to determine which is better. However, we feel that the DEWALT is only slightly better than the Makita since, if you utilize the slower gear, the blades won’t become dull as quickly.

There are other differences between the two models, but they both end up in a stalemate (blade changing speed, weight, size, etc.) since it depends on whether the user will bring their planer to multiple job sites or just leave it in their workshop. However, when comparing the cut capacity and the dust collecting abilities of the DEWALT DW75X and the Makita 2012NB, we conclude that the Makita is the better option.

Snipe and scalloped marks are things we can’t accept, and the variance of wood damage between the two planers is too much to ignore. Even though the DEWALT is a great planer that some users would need for heavy-duty projects, for a simple tabletop planer, the Makita model outshines its competitor in terms of overall cutting quality. 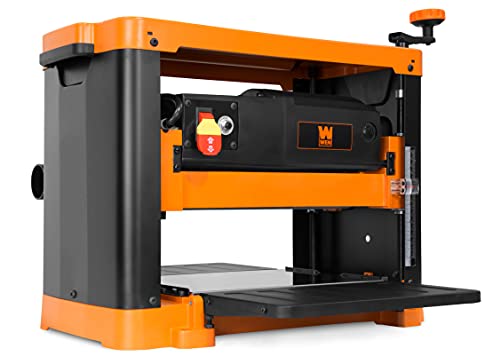