One tool that serious hobbyists and professional carpenters need for building furniture and home repairs is a miter saw. Compound miter saws offer more flexibility in cutting at a wide range of different angles. This tool is made to cut crown moldings, picture frames, and door frames, as well as window casings. What truly puts the compound miter saw a step further than the traditional miter saw is the ability to pivot and bevel left, right, or in both directions. 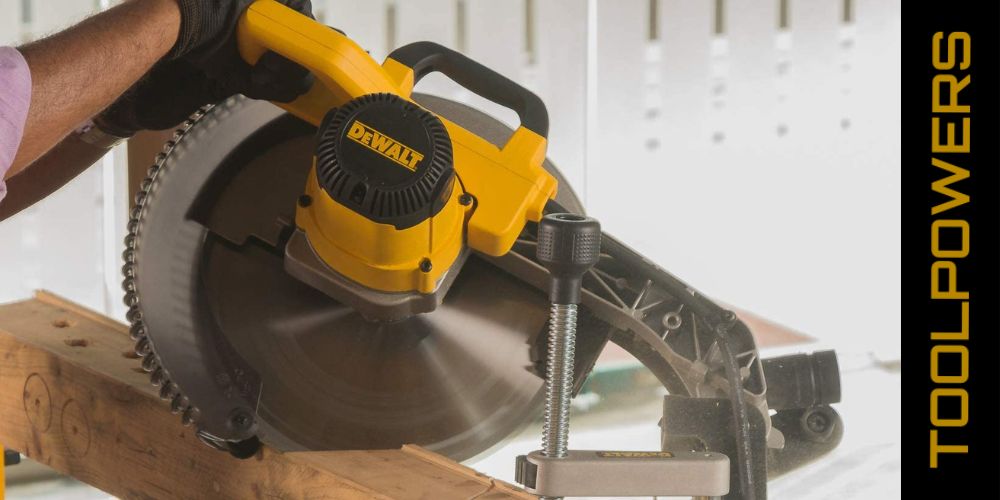 In this article, we’re going to compare two of DEWALT’s compound miter saw models: the DeWalt DW715 and the DeWalt DWS779. They both sport 12-inch blades and 15.0-amp motors. They’re lightweight and easy to take from job site to job site. The question now is what exactly makes one model superior to the otherThat’s what we’re about to find out.

DEWALT DW715
The cutting capacity of a miter saw refers to how large a block or board of wood can be placed on the base. Generally speaking, being able to cut larger boards is preferable, but it really depends on what you plan to do with your saw. The DW715 can cut stock with widths as large as 4 x 6 inches at 90°, and 2 x 6 inches at a 45° miter. 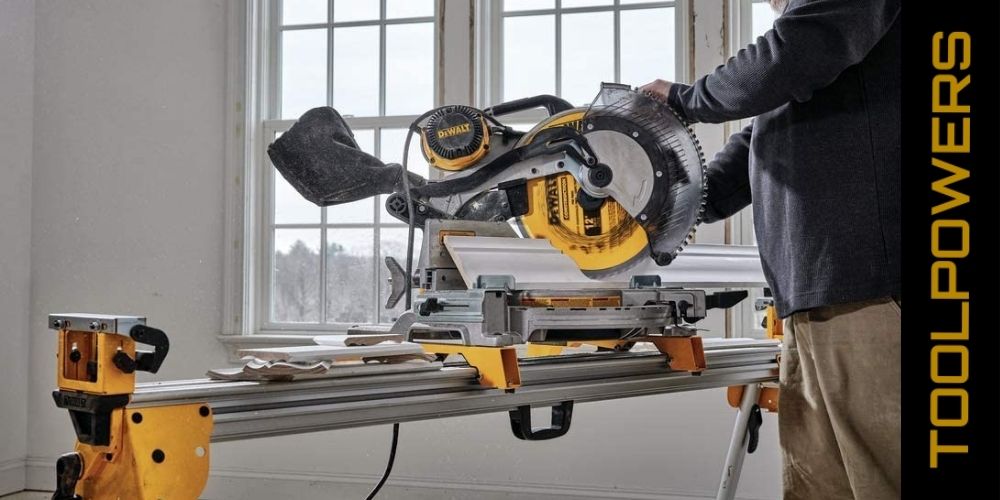 DEWALT DWS779
This tool is a sliding miter saw. This means that it has a radial arm that moves forward and backward, increasing the cutting capacity in almost all directions. At 90°, it can cut 2 x 16-inch boards, and at 45° it can cut boards of up to 2 x 12 inches.

Conclusion: A sliding arm gives you more versatility and cutting capacity. We feel that the sliding radial arm on the DWS779 would have more uses in the workshop for home repairs or furniture construction than the DW715 in terms of how large a board the tool can cut.

DEWALT DW715
Weight doesn’t matter if you plan on mounting a miter saw on your worktable in a static position. However, if you’re looking for a tool to take with you to various job sites, weight plays a significant role in portability. The DW715 weighs about 42 pounds so there are hardly any issues with carrying, loading, and unloading this tool from the bed of a truck.

DEWALT DWS779
As for the DWS779, it weighs in at around 56 pounds which is also lightweight for a miter saw. The 20-pound difference in weight between the two tools might not be that significant to most users. However, it should be noted that the additional weight of this unit isn’t attributed to a more powerful motor but rather the sliding capability of the head.

Conclusion: If you’re looking to keep the total weight of your tools on your truck to a minimum, the DW715 would be the tool to get. Just remember that with the added weight of the DWS779 you’re getting greater cutting capacities. 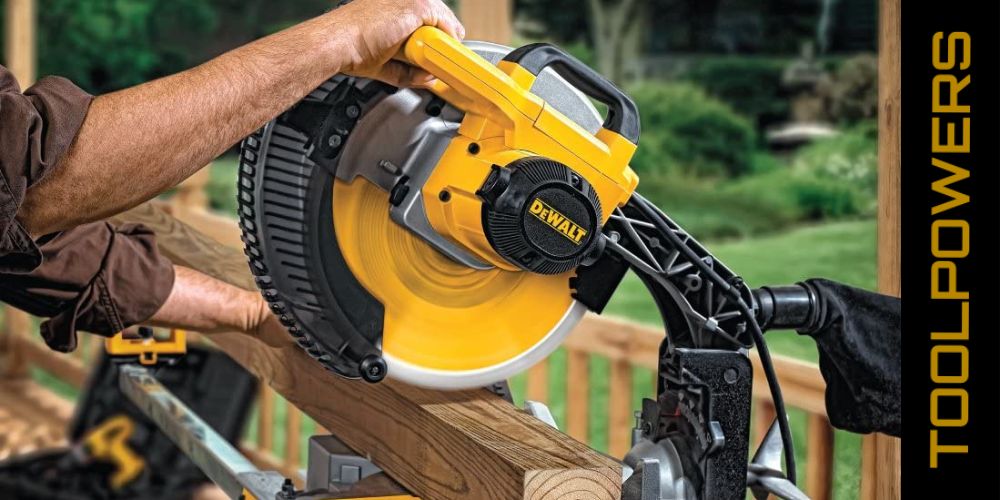 DEWALT DW715
When it comes to miter saws, higher blade-spinning speeds translate to quicker, cleaner cuts. The DW715 is rated at 4,000 RPM no-load speed which is about the average speed you can from the assortment of 15.0-amp, 12-inch compound miter saws.

DEWALT DWS779
The DWS779, despite having the same motor power and blade size as the DW715, has a maximum no-load speed of 3,800 RPM. This is around the industry average for miter saws with comparable settings and still produces good clean cuts.

Conclusion: The 200-RPM disparity between these two models is immaterial. You’ll find more significant differences in speed between models with different sized blades and different motor power. As for these two tools, one doesn’t have any notable superiority over the other in terms of blade speed. 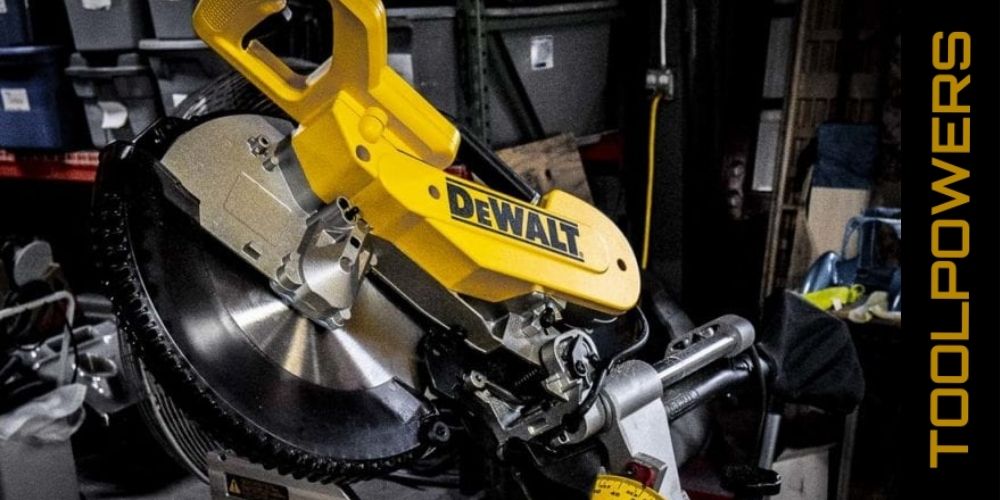 DEWALT DW715
The miter range of a miter saw indicates how far the head can turn to produce angled cross-cuts. The bevel refers to how far the head can twist, increasing flexibility and reducing the need for cross-cut boards standing vertically. The DW715 can miter up to 50° in both directions and bevels 48° to the left and 3° to the right. There are several positive stops at commonly used miter and bevel angles.

DEWALT DWS779
The DWS779 can miter up to 50° to the left and 60° to the right. The head bevels 45° to the left and right, as well. There are 10 positive steps you can use to help find the correct angle. Many other miter saw models on the market also have these features.

Conclusion: There’s nothing too magnificent here in terms of metering and beveling capacities. You should also note that despite the DW715’s inability to bevel and miter as far as the DWS779, this problem is easily overcome by simply flipping your board over and cutting at the right angle from there.

DEWALT DW715
When working with high-speed blades, safety should always be your priority. The DW715 is equipped with the basics – dust bag and retracting blade guard – but it doesn’t have electric brakes.

DEWALT DWS779
Electric brakes are a system that stops the high-speed blade from spinning in a short amount of time without destroying the arbor hole, blade, or head in any way. It’s an added safety measure to prevent the blade from spinning when the head is lifted and the blade guard returns to its retracted position. The brakes can make the blade stop entirely in two seconds flat.

Conclusion: Obviously, having electric brakes is better than not having them. However, we have to note that the blade guards in both of these models are rather durable and installed well so there should be a reduced risk of the guard failing to retract for any reason. That being said, we like the extra insurance that the DWS779 provides. 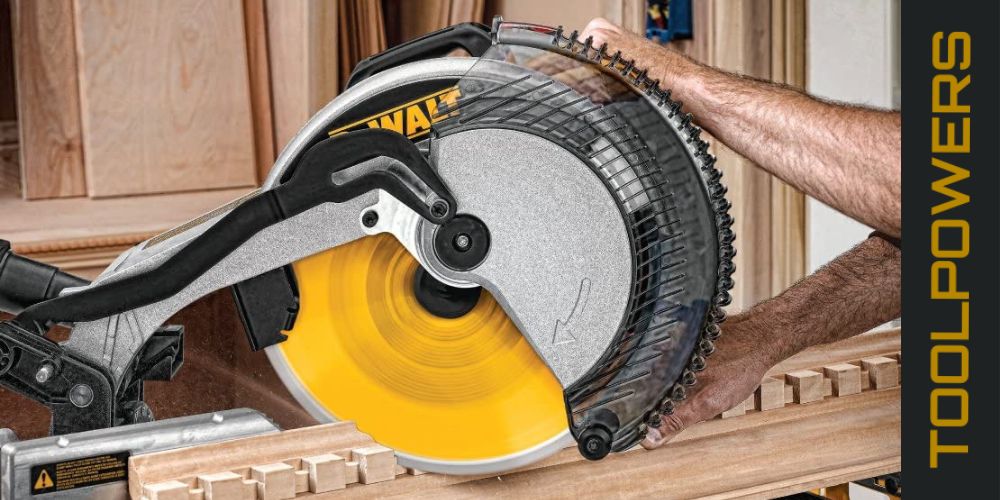 Both of these tools perform great, have powerful motors, and are reliable. The bad thing is that neither of them has that “wow” factor that truly sets them apart from the flood of miter saw models available today, but at least they come with adequate safety features (blade guards).

Between the DeWalt DW715 and the DeWalt DWS779, we feel that you would get much more value out of the latter than the former mainly due to the sliding capability of the arm.

However, if you’re working on small projects like making picture frames, a sliding arm shouldn’t be what you need, and the DW715 would be the more cost-effective option, though it can’t be your go-to miter saw when you grow and develop a taste for working on larger projects. 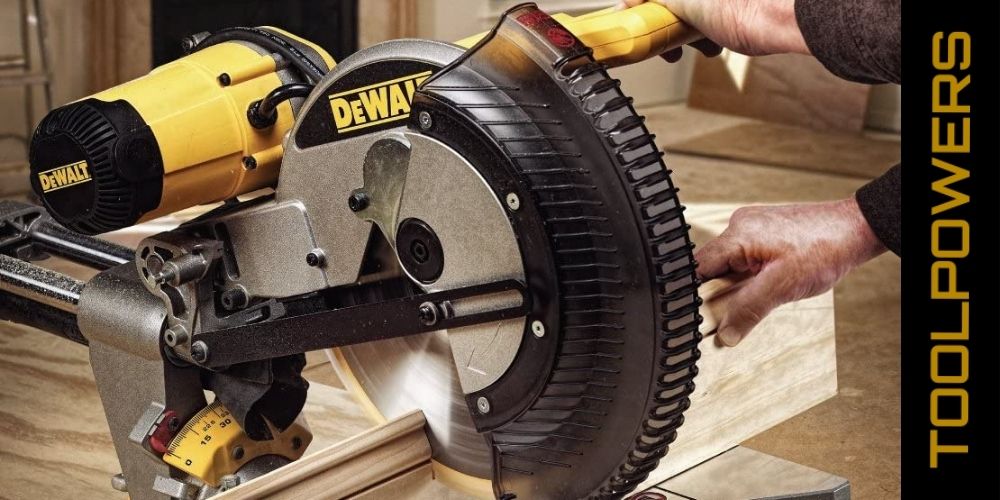 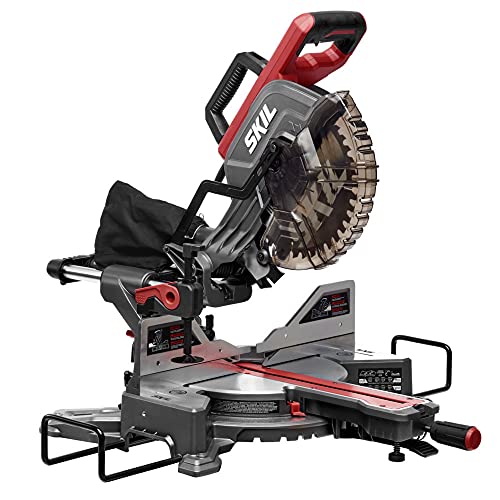