Impact wrenches are one of the most valuable tools that a professional or even an amateur home renovator or woodworker can own. This tool is made to deliver tremendous torque by storing up energy then delivering them in sudden bursts. If you’ve ever seen a pit crew change the tires of a race car in under five seconds, then you’ll know the amount of power that these tools possess. Of course, even professional craftsmen won’t need a Thunder Gun, but for attaching fasteners or driving screws in the thickest of wood slabs, the impact wrench is the go-to tool. 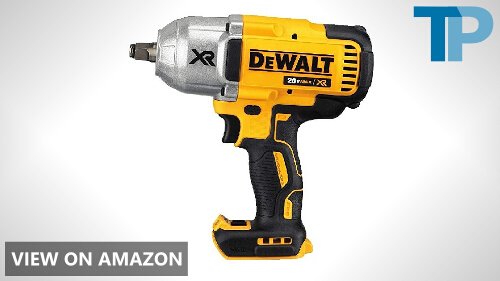 In this article, we’re going to compare two impact wrenches produced some of the world’s most infamous power tools manufacturers – the DCF899HB from DEWALT and the 2767-20 M18 from Milwaukee. These have received high praise from both customers and industry experts for a number of reasons, but for the average handyman, which of these would provide more valueLet’s see.

DEWALT DCF89HB
The breakaway torque must be significantly more powerful than the tightening torque since you’re trying to loosen static bolts. The DEWALT DCF899HB delivers up to 1,200 foot-pounds of torque for breaking stubborn bolts. It then decreases its torque to 700 for fastening or loosening applications. 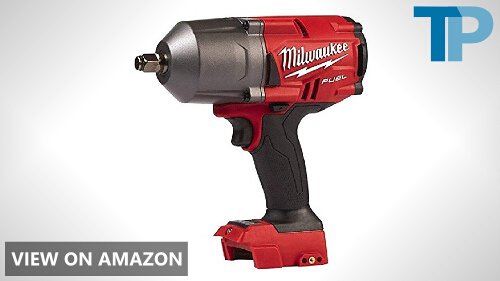 Milwaukee 2767-20 M18
The Milwaukee works just a little bit more efficiently by delivering up to 1,400 foot-pounds of torque for breaking bolts. Tightening and loosening bolts are done with a torque of 1,000 foot-pounds.

Conclusion: It’s clear that the Milwaukee works more efficiently at busting nuts and bolts. However, for most household and carpentry applications, either of these models will suit you just fine. If you commonly deal with rusted bolts under the hood of your car, then the Milwaukee would be the preferable choice in this scenario. 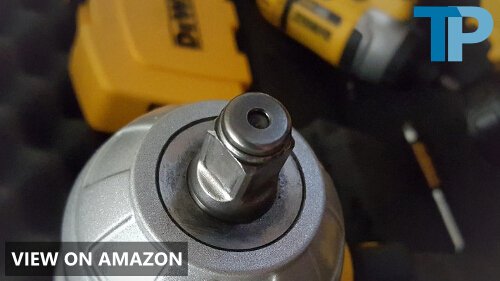 DEWALT DCF89HB
In addition to torque-delivery, it’s important to know how many IPMs the impact wrench provides. Essentially, IPMs measure how many “hammer blows” the tool delivers to help in fastening and loosening nuts and bolts. The DEWALT has a maximum IPM-rating of 2,400, so there’s little doubt that this tool won’t get even the toughest of jobs done.

Milwaukee 2767-20 M18
The Milwaukee’s motor produces up to 2,100 IPM. After the bolt has been broken, the IPM-count decreases down to 950 IPM and below. This helps the unit save power, giving it a longer runtime and reduced downtime (more on this later).

Conclusion: The average DIY hobbyist won’t even notice the difference between 2,100 and 2,400 IPM. However, depending on what you do and how often you do it, the 300-IPM disparity between the two could mean a lot. If you fancy power and speed, the DEWALT is your tool. 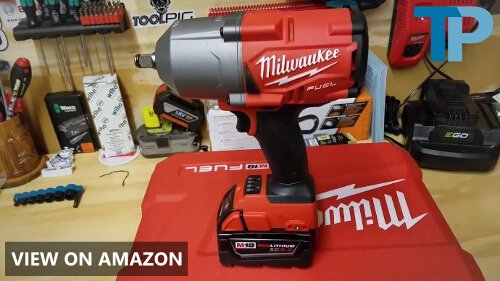 DEWALT DCF89HB
Both the DEWALT and the Milwaukee run off of rechargeable Li-Ion batteries so having a good battery means reduced downtime. The average user could get around 45 minutes of work done with the DEWALT before needing to recharge. The extended runtime is mainly due to the unit’s brushless motor.

Milwaukee 2767-20 M18
The Milwaukee also features a brushless motor that produces less heat and requires fewer repairs. On average, the Milwaukee’s 18V battery (sold separately) can provide up to 45 minutes, though some users reported being able to finish multiple tasks before even considering recharging.

Conclusion: In the end, the total runtime of your impact wrench depends on what you’re doing and how long you’re doing it. Breaking bolts requires more energy to deliver higher amounts of torque, whereas driving screws and fasteners will consume less power. We’re glad to say that these two cordless models come with brushless motors so that you can expect long working periods. 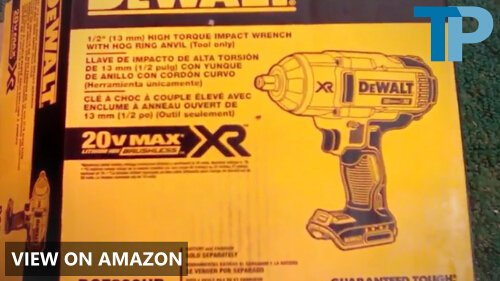 DEWALT and Milwaukee
There are going to be times when you need to take an impact wrench to dark areas in your home or under your vehicle. When working in poorly lit places, you’ll need to rely on a source of light to provide proper vision without blinding you. Both the DEWALT and the Milwaukee come with built-in LED lights. 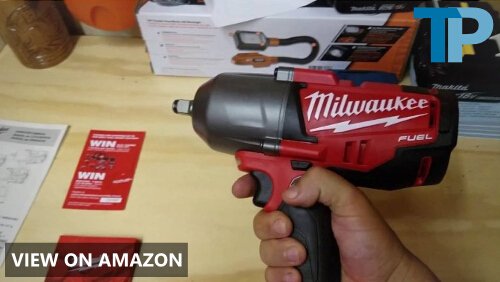 DEWALT DCF89HB
Like with any handheld power tool, you don’t want the weight of the tool to weigh your arm down, causing fatigue in only a few short moments of use. The DEWALT is a bit confusing in this regard. It’s a rather heavy unit (6.4 pounds with its battery), but the added weight really give it balance, even when handling it at awkward angles.

Milwaukee 2767-20 M18
As for the Milwaukee, it’s a little bit bulkier than the DEWALT, weighing in at 7.1 pounds with the battery attached. Although it’s a comfortable tool that’s easy to use, some users have noted that the weight may lead to premature fatigue when working overhead. These could be people that don’t lift, but it’s still worth taking into consideration.

Conclusion: Neither of these impact wrenches can be considered compact and lightweight considering the numerous 5-pound models and even lighter ones on the market. However, we feel that the added weight of the DEWALT is an advantage. As for the Milwaukee, there might be some issues with guiding the tool from place to place, especially when working in cramped spaces like under your vehicle. 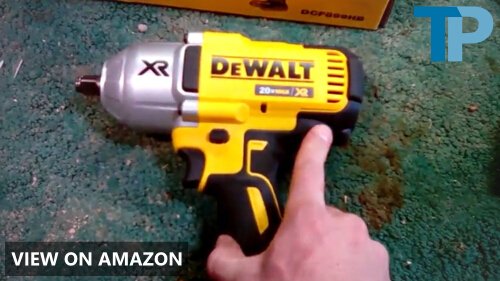 If you’re on the fence about which of these two impact wrenches to purchase, we’ll tell you right now that DEWALT is the tool to get, though its superiority over the Milwaukee 2767-20 M18 is almost insignificant. In terms of performance, you’d be getting marginally better torque-delivery and IPM, though the Milwaukee would be sufficient for all the same people that the DEWALT is marketed for.

The two main points that put the DEWALT DCF899HB just a step higher than the Milwaukee in our opinion is the weight. This tool lets you see what you’re doing when working in dark spaces, and the weight really keeps the tool balanced in your hand, even when driving screws at odd angles. 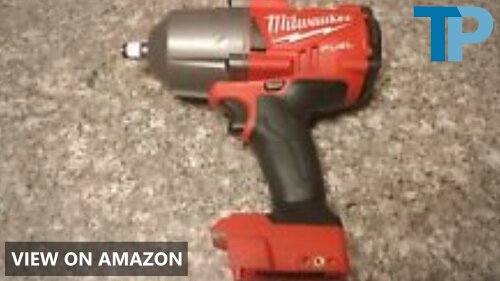 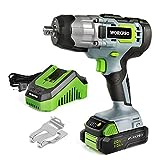 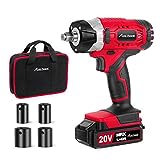 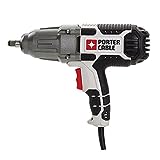