There are two saws we’re going to be looking at today; The DEWALT DC385B, and the BLACK+DECKER BDCR20B. These are both reciprocating saws. 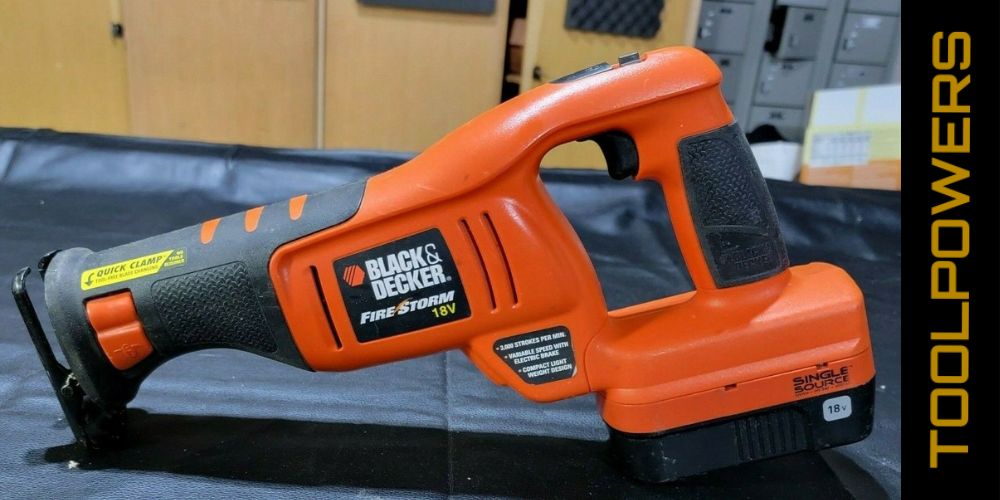 Both of these saws have their distinct advantages and merits. We’ll be looking at what these are, exactly.

However, before we can get into that, let’s define what a reciprocating saw is!

A reciprocating saw is a saw that is, more often than not, machine-powered. Now, the actual cutting that the saw does takes place using a specific kind of motion.

This motion is known as a “reciprocating motion”, and it consists of the blade pushing itself and then pulling itself. Most reciprocating saws use some kind of crank to aid in the motion itself.

What Are Reciprocating Saws Good For, Exactly?

Many people use their reciprocating saws to do a variety of things. For example, a reciprocating saw is great for making indentations – angular cuts – on walls and other, very similar, surfaces. This is due to the nature of the reciprocating motion.

Others use it to cut things like PVC pipes. Usually, PVC piping is located in smaller and more narrow spaces, where most saws have some trouble reaching. But, with a reciprocating saw, PVC pipe is easy to cut.

Nails can be cut through with reciprocating saws, as well. The same goes for many other materials, including a variety of metals.

Right off the bat, you’ll notice that this is a cordless reciprocating saw. Cordless saws may have their disadvantages – such as needing to have their battery recharged regularly – but at the end of the day, they are truly convenient.

Along with that, the DEWALT DC385B weighs just under 5 pounds, giving you a great deal of mobility while sawing. 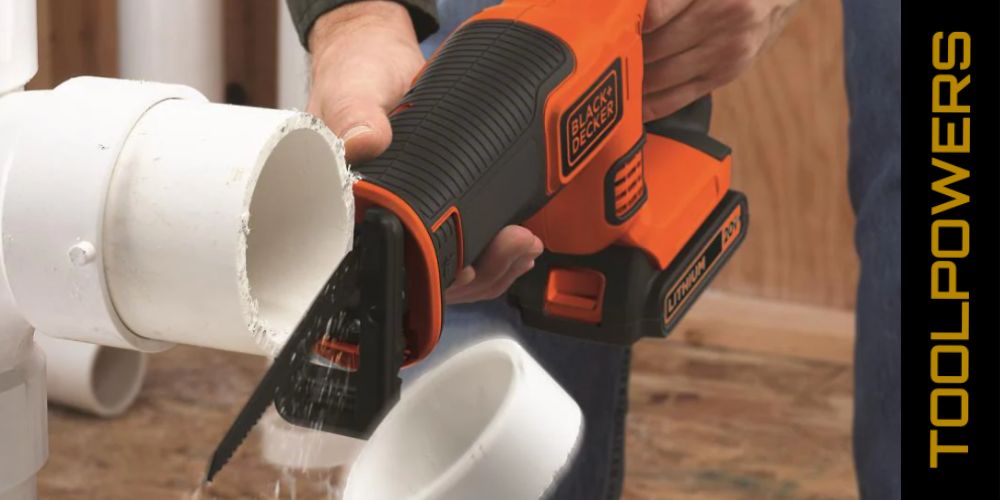 Now, this is an 18-volt saw. It has been designed to cut just about anything, and even though it is small and a bit unassuming, it can do just that.

Using a very powerful motor, the blade can be driven up to 3000 strokes per minute. This means that you can use it for, as mentioned above, any material.

Other saws may be able to deliver more strokes per minute, but you are sacrificing that extra power boost for the mobility and convenience offered. Along with that, the blade that the device comes with is extremely powerful.

As for the blade clamp, it has four positions and allows for flush cutting. It is enhancing the versatility of the device.

Handling the saw is easy since you have rubber handles that are designed to be easy to grip, without your hands slipping.

Ultimately, the biggest problem with this saw is that it doesn’t come with the batteries you need to use it. 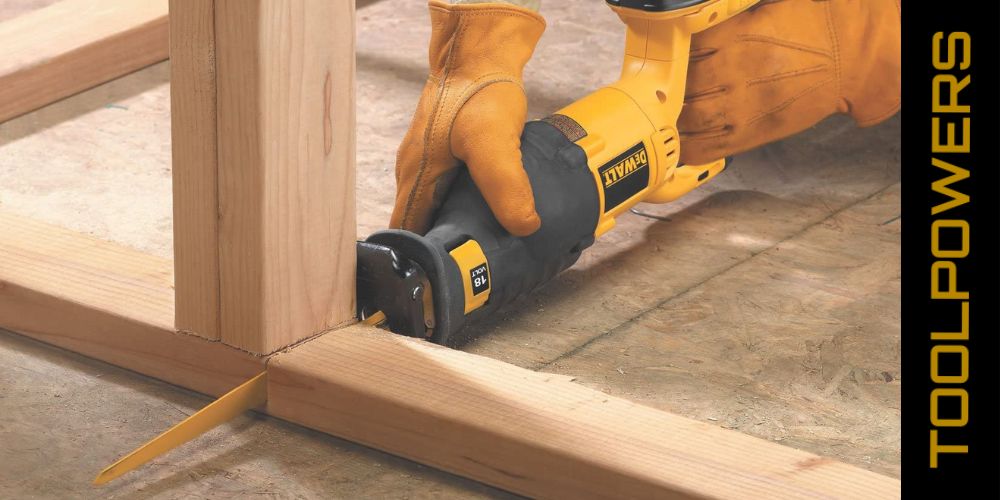 Just like the DEWALT DC385B, the BLACK+DECKER BDCR20B is a lightweight and versatile reciprocating saw. It only weighs 3,5 pounds. You can easily hold it and move it around, due to the well-designed and ergonomically pleasing handle.

Along with that, changing the blade is an easy process, since you don’t have to use any tools to change the blade. 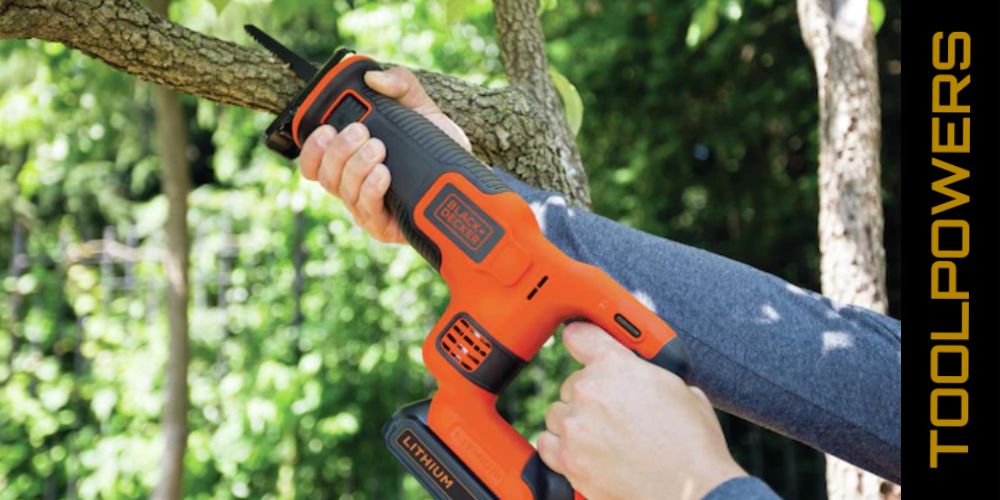 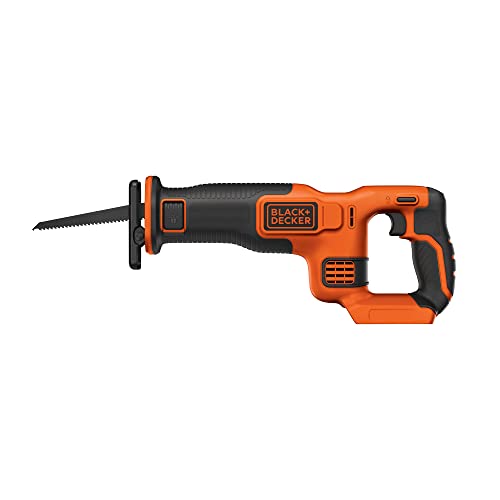 The battery voltage is 20 volts, at max. But, the nominal voltage is 18 volts, just like the DEWALT DC385B. This is more than enough power for the device.

As for the motor itself, it is efficient. The same goes for the blade. With the motor, you have a maximum of 3000 strokes per minute – the same as the DEWALT DC385B. You can use this motor in conjunction with the speed trigger, as well as the electric brake. This gives you some extra versatility and mobility, making the whole sawing process a little more convenient and easy.

Just like the DEWALT DC385B, it can cut through any material.

It doesn’t come with any batteries or a charging kit for the batteries. For some people, this isn’t a concern. But for many people, it is, at the very least, a small annoyance. 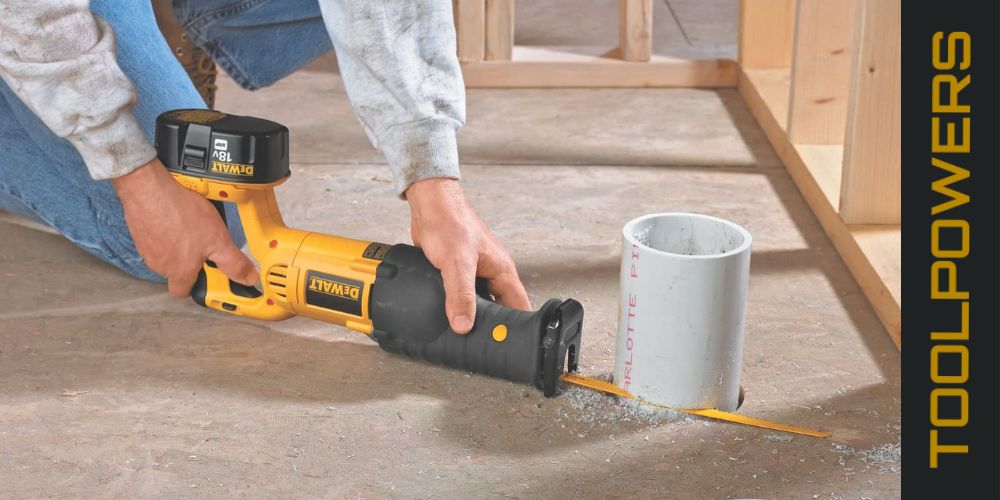 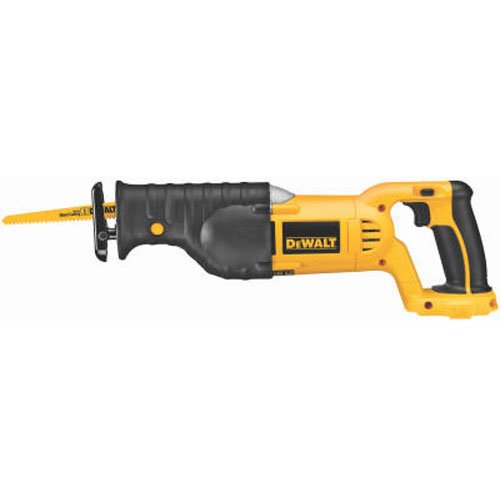