A reciprocating saw, also referred to as a sawzall as it’s commonly referred to, is one of the most versatile tools you can have in your arsenal of power tools. This saw isn’t just used for construction purposes the recip saw excels at causing mayhem and destruction, as well as making meticulous cuts between bushes and ferns.

But one question that is repeatedly asked is whether mayhem and destruction are best done by a cordless or a corded reciprocating saw. Well, the question of whether one should consider getting a cordless or corded tool, recip saw or otherwise, is one that can only be answered by what sort of projects you plan on dealing with.

So join us as we explore the real differences between cordless and corded recip saws. And believe me, several factors require careful consideration before you make your final purchase.

What can a Reciprocating Saw do?

Before we jump into the comparison section, let’s first go over what a reciprocating saw can do. This is for those of you who don’t grasp the full potential of one of these sweet babies.

A reciprocating saw is a free hand, meaning there aren’t any fences or guides to keep the cuts straight, unlike table saws or circular saws. Instead, because you work by eye, there’s no surefire way to produce straight cuts.

But this shouldn’t be seen as a problem. The free-handedness of the reciprocating saw allows you to place the blade and make cuts where other saws just won’t fit. For instance, have you ever cut tree branches, trimmed hedges, or made cuts in attached window sills with a circular saw?

Another area where the recip saw excels is making flush cuts in drywall or other materials. If you’re remodeling a room, the reciprocating saw will punch holes into walls, making it much easier to tear down. Doing this with any other saw might lead to disastrous results.

Finally, the recip saw is an extremely versatile tool that can even be used for cutting through metal. If you’re remodeling a bathroom and need to chop metal pipes, the reciprocating saw is the go-to tool to use.

In this section, we’ll go over the most crucial factors to take into consideration if you haven’t already decided on whether to go cordless or corded.

When it comes to power, going cordless will… not provide you with the power needed to cut through thick, dense materials. The power of a cordless reciprocating saw is enough for drywall, thin wood boards, and possibly even metal but only at a certain thickness.

Before picking up a cordless reciprocating saw, you should check out the motor’s amperage rating. This will tell you how well it’ll perform at certain tasks. For cutting through metal pipes, you should find one that comes with at least an 8-amp motor.

Corded reciprocating saws are where the power is at. These models typically come with 11-plus-amp motors for slicing through anything and everything the blade touches. Metal pipes, No problemo. Tree branches, Not a challenge! Drywall and wood window frames you gotta ask?

Basically, any professional handyman would let you know that if you need a versatile recip saw for dealing with a ton of material, go corded or go home.

In this regard, a cordless reciprocating saw is a version to get. Say you want to do some yard work and fit the blade through thick bushes. Without a power cord tying you down, you don’t have to worry about accidentally tugging and accidental unplugging.

Like any cordless power tool, a cordless recip saw travels extremely well. There aren’t any tangling issues you need to consider, though you might need to bring the charger and/or multiple battery packs with you to continue working.

Now, just because a recip saw comes with a power cord doesn’t mean it’s not portable or hard to maneuver. If you’re doing outdoor work and are far from a power outlet, you can take an outdoor-safe extension cord with you. Trimming hedges and cutting tree limbs is entirely possible, provided that you have the right equipment with you.

While transporting the tool to and from job sites, a tangled or ripped cord can mean having to bury them in your backyard. Well, you can overcome this problem by looking for a reciprocating saw with a detachable cord. If the cord breaks due to mismanagement, you’ll just need to purchase a replacement cord and not an entirely new tool.

Cordless reciprocating saws rely on rechargeable Li-Ion batteries for power. These batteries can last anywhere from 20 to 40 minutes depending on their voltage rating. If downtimes are an issue, we highly recommend getting a 20-plus-volt model as it’ll provide upwards of 30 minutes of continuous usage. But if you’re anything like us, going cordless is only appropriate if you’re doing work in some obscure location that’s far away from a power outlet such as in the woods or the edge of your lawn.

Corded models don’t have as big of a downtime problem as cordless models. Since they draw power directly from an outlet, as long as you’ve paid your utility bills, you’ll never stop working. If you need to work in the middle of the woods or at a construction site without running electricity, your only choices are to use a super-long extension cord and power energy from a neighbor or get a generator. In this situation, cordless is the better option.

Assuming you’ve read our comparison of cordless and corded reciprocating saws, you should now be able to determine which version to get. In a nutshell, a cordless reciprocating saw is easy to maneuver in tight spots but provides less power and runtimes than its corded counterparts. As for corded reciprocating saws, power and usage times are not an issue at all, but then there’s the hassle of having to work with long cords. Plus, when working far away from an outlet, your range of motion becomes increasingly more restricted (longer cords equal a greater risk of unplugging).

You should take a look at where you plan on doing most of your sawing. If you plan on using the saw for outdoor work such as pruning trees and fixing hedges, get a cordless model. If your saw is utilized for renovation projects, as long as your home has electricity, stick to a corded unit. 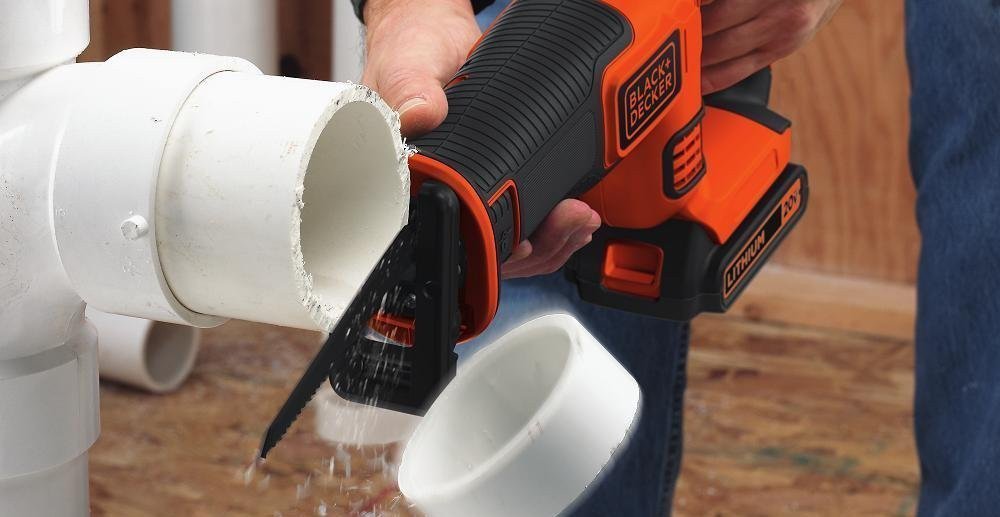 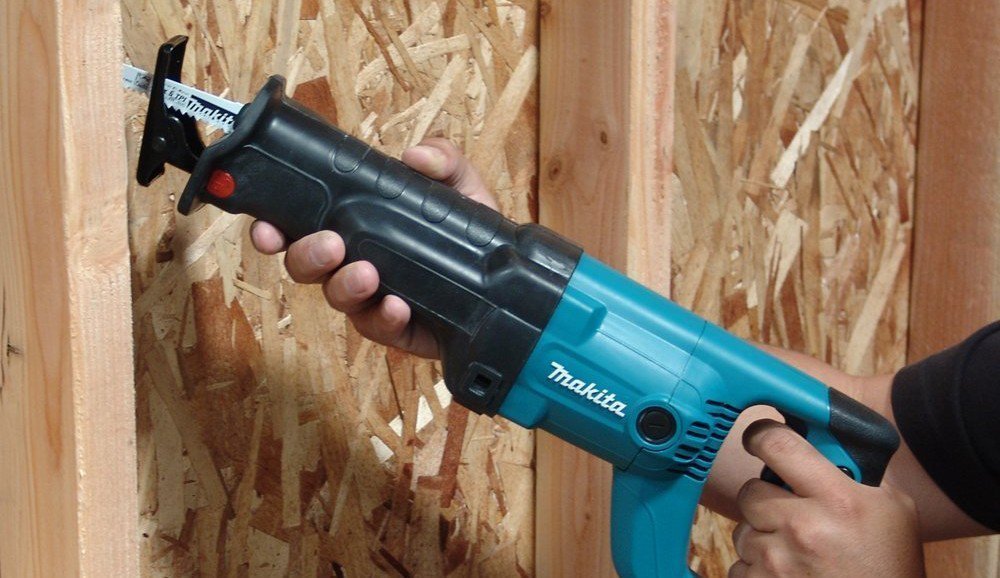 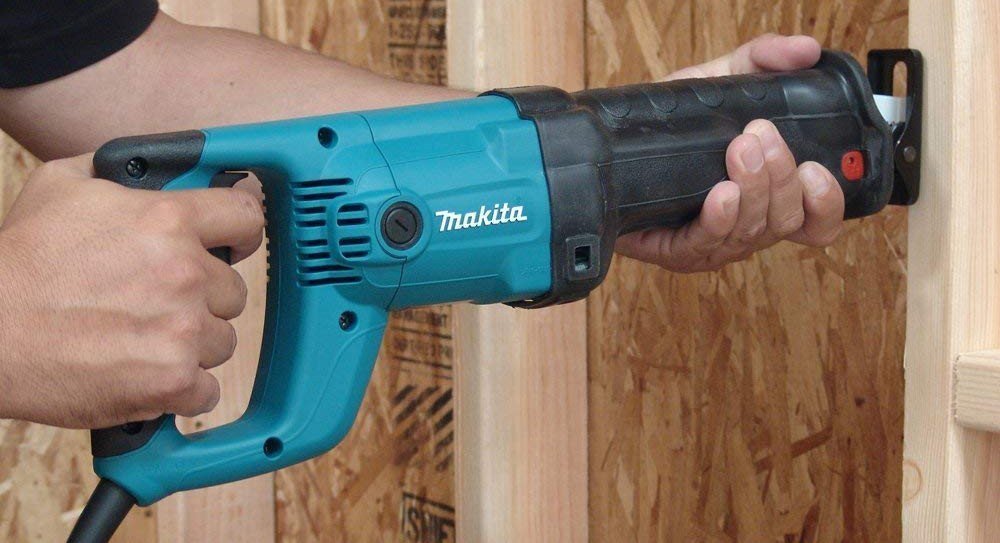