Champion is one of the world’s most popular manufacturers of portable generators. Their reliable line of portable generators has been keeping customers happy for several years due to their trustworthiness at providing electricity in emergency situations and even on family outings. They’ve also extended their product line to include inverter generators which provide cleaner, the safer energy that can be used to power sensitive devices and appliances. 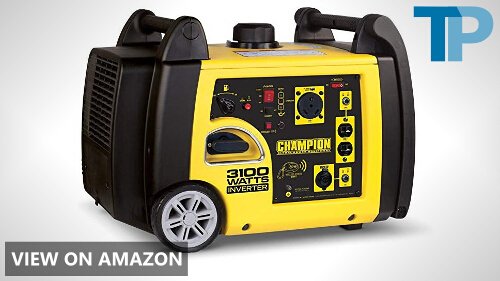 In this article, we’re going to take a look at two of Champion’s inverter generators – the Champion 75537i and the Champion 75531i. From the get-go, we want you to know that there are way more overlapping specs than there are different ones, but if the convenience of use is a priority, then one of these models is definitely for you. However, at the end of the day, what really matters is how well they perform and how long they can supply power. Let’s see how these two models compare against each other. 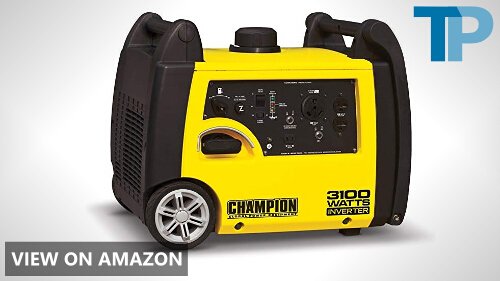 75537i and 75531i
There are two important numbers that you should pay attention to before purchasing a portable generator: the surge wattage and the running wattage. The surge wattage is the total power that the unit can support in order to kick power-consuming appliances to life (e.g., refrigerators, irons, power tools, etc.). The running wattage is the total amount of power that the generator can consistently provide to keep any plugged-in devices on. Both of these models have a surge wattage rating of 3,100 W and running wattage of 2,800 W. Be sure you count how many watts you need beforehand.

75537i and 75531i
Because these machines use gasoline to provide electricity, we want them to be able to do it for as long as possible while also being fuel-efficient. Both the Champion 75537i and 75531i, when running a quarter-load (700 W), can keep your electronics on for up to 8 hours on a single tank (1.6 gallons) of gasoline. For a portable generator, these aren’t exactly the most fuel-efficient models out there, but they last long enough for use during blackouts and outings. 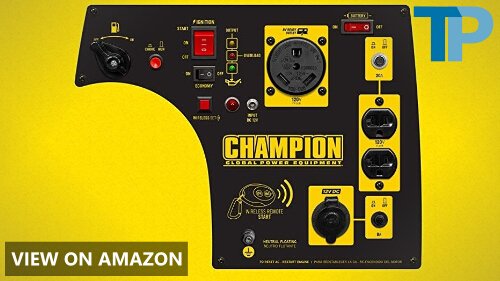 75537i and 75531i
As we mentioned earlier, both of these portable generators use inverter technology which converts AC to DC. This conversion process smoothes out the electricity to a certain degree, making it usable for charging laptops, smartphones, and other sensitive devices. If you plan on powering any delicate appliances while camping out in the woods, you’ll want to invest in an inverter generator, so both the 75537i and the 75531i could be a good fit.

75537i
Usually, you have one or two options to start up a portable generator: tugging on a recoil cord or pushing an electric switch. The 75537i is unique in the sense that it comes with a key fob that lets you turn the unit on and off from a distance of up to 80 feet away. The ability to control a generator from afar is a feature that’s not commonly found in portable generators. 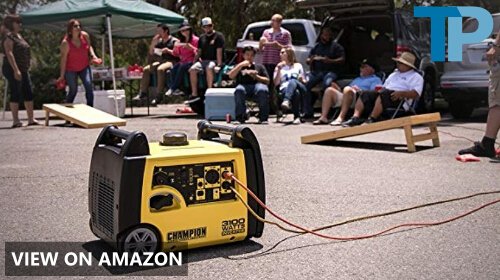 75531i
With the 75531i, your only option to start her up is to pull on the recoil cord. That being said, it’s not too difficult to start it up, even when it’s been resting for a few weeks or months. One or two tugs should do the trick, assuming the oil and fuel have been topped off.

Conclusion: The key fob won’t do anything to enhance the 75537i’s performance. It’s simply a more convenient way to control the machine and avoid getting too close to the buzzing noise it emits. However, we have to admit that it’s a handy feature that makes it much more convenient, and it’s fun to use.

75537i and 75531i
Nobody likes hearing a constant droning when picnicking with their family in the middle of the woods. In fact, isn’t that how most confrontations with bears startWe don’t know… Anyways, if you get the 75537i or 75531i, you can rest assured that you won’t have to bear the sounds of loud sputtering, choking, buzzing, or kicks. Even when running at full capacity, these generators produce only 58 decibels – the same noise level as restaurant-appropriate conversation volume. 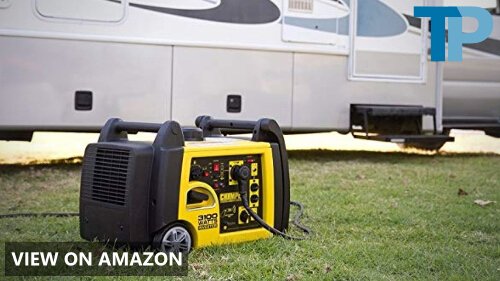 75537i and 75531i
Many generators split the total wattage evenly among all of its outlets. This is a double-edged sword since it can help in saving energy when all outlets are in use but it’ll waste gas when only one or two devices are plugged in. With both the 75537i and 75531i, you won’t need to worry about wasting gas when only a few electronics are plugged in. Simply push a switch, and these generators can alter from the normal mode to Smart Economy Mode. It extends the runtime of the machine by limiting electricity output and fuel consumption. 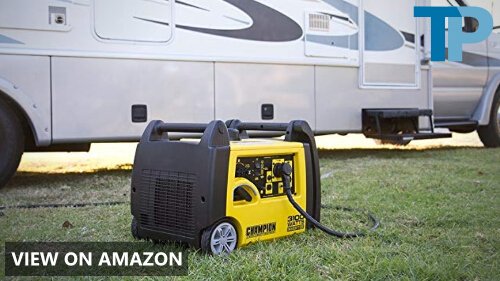 75537i and 75531i
Weight plays a huge role in a portable generator’s overall portability. The 75537i and 75531i can be classified as fairly heavy, weighing in at around 96 pounds and 83 pounds, respectively. The good thing is that both of these models come with a pull-out handle and two 5.5-inch solid wheels that making moving them across surfaces easy to do. As for loading and unloading the units, you might need an extra pair of hands to help you. 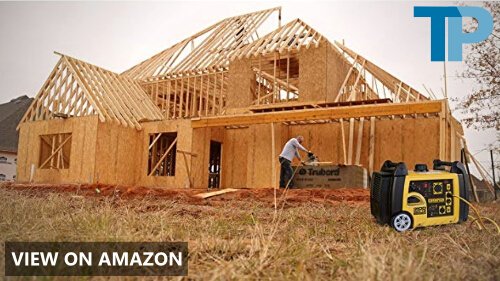 As we mentioned at the beginning of this article, there are more overlapping features between the Champion 75537i and 75531i than there are different ones. In fact, the only difference worth mentioning is the inclusion of a key fob with the 75537i.

It enhances the convenience of turning the generator on and off, but in terms of performance or fuel-efficiency, it has no contribution. In fact, in our opinion, being able to control the 75537i from a distance of 80 feet isn’t really necessary since it’s already whisper-quiet (58 decibels, max).

However, if you want to shell out a few extra bucks for the convenience, go nuts; otherwise, go with the Champion 75531i that has the same performance, runtime, noise level, and clean-energy production that you’d get from the Champion 75537i portable generator. 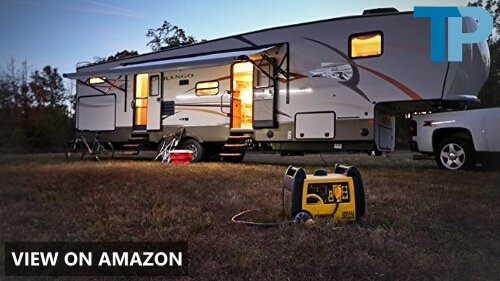