A laser tape measure, also known as a laser distance measurer, is a handheld device that can measure distance with the help of accurate lasers. Professional contractors and serious hobbyist home-renovators could find a laser distance measurer to be a handier tool to have on hand than a traditional tape measure. The laser technology provides users with an accurate reading in real-time, helping you improve the quality of your work instantly. One major benefit to owning and using one of these handheld devices is that a single person can get measurements done in an entire home, whereas a traditional tape measure requires two sets of hands to keep things on an even level. 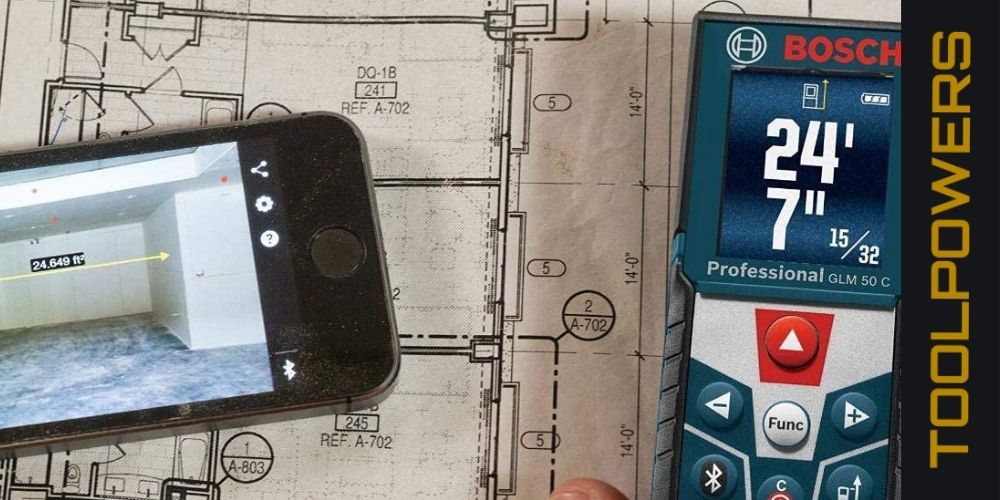 In today’s article, we’re going to take a look at two highly regarded laser distance measurers from two huge manufacturers in the power tools game: the Bosch GLM50C and the DEWALT DW03050. There are several overlapping specs and features between these two models, but there are also some sizable differences that should definitely persuade you to get one over the other. Let’s see what they are.

Bosch GLM50C and DEWALT DW03050
One important thing to keep in mind when looking for a laser distance measurer is the maximum distance at which it can take measurements. Many models will have limited reading capabilities of less than 100 feet, but both the Bosch and the DEWALT surpass this by providing readings of up to 165 feet away. That’s pretty handy, especially if you’re working on a large building or room.

Bosch GLM50C
Because they can measure distances of up to 165 feet, you also need to see how accurate they are at giving you their readings. There’s no point in measuring 100 feet away from you if it’s going to be off by an inch. The Bosch has a precision of ± 1/8 of an inch.

DEWALT DW03050
The DEWALT has an accuracy of ± 1/17 of an inch. From a close distance of fewer than 50 feet or so, the accuracy is pretty much dead-on but the farther away you are from an object, the less accurate the reading will be. We’re glad that the accuracy of the DEWALT is more than twice that of the Bosch. 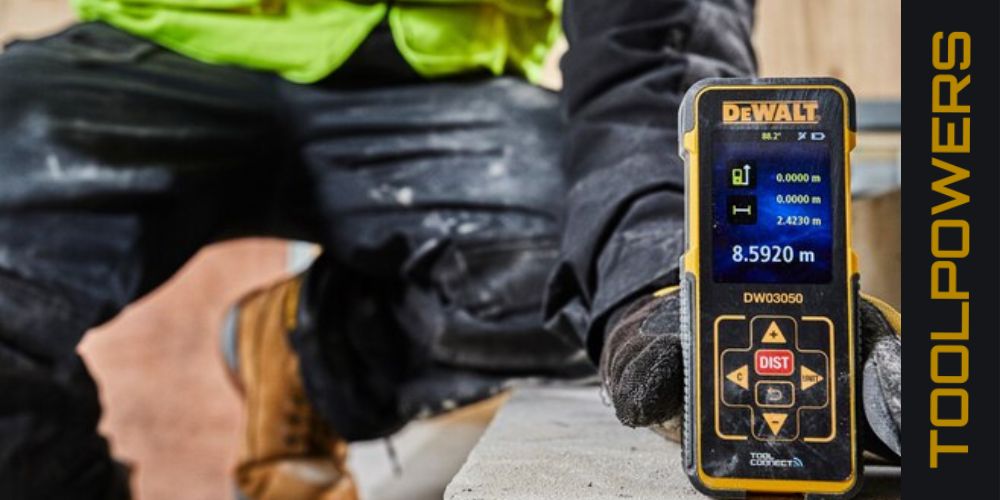 Conclusion: If you’re working on putting up cupboards or other small-sized objects in your kitchen or other rooms, there’s no need to worry about accuracy since both the Bosch and DEWALT have it locked down. However, when constructing new buildings, you’ll need something more reliable, and between the Bosch and DEWALT, the latter is the better option.

Bosch GLM50C
The size of the display on a laser distance measurer is not going to be the same as a high-end Smartphone’s, but it’ll at least provide you with enough information about the distances you’re measuring. The Bosch comes with a color display and large, easy-to-read numbers and units. The color display is really what separates the Bosch from anything else…

DEWALT DW03050
…including the DEWALT which has a black-and-white screen. The DEWALT also displays large, readable numbers and text. There’s virtually no risk of misreading any of the readings unless you intentionally do so. 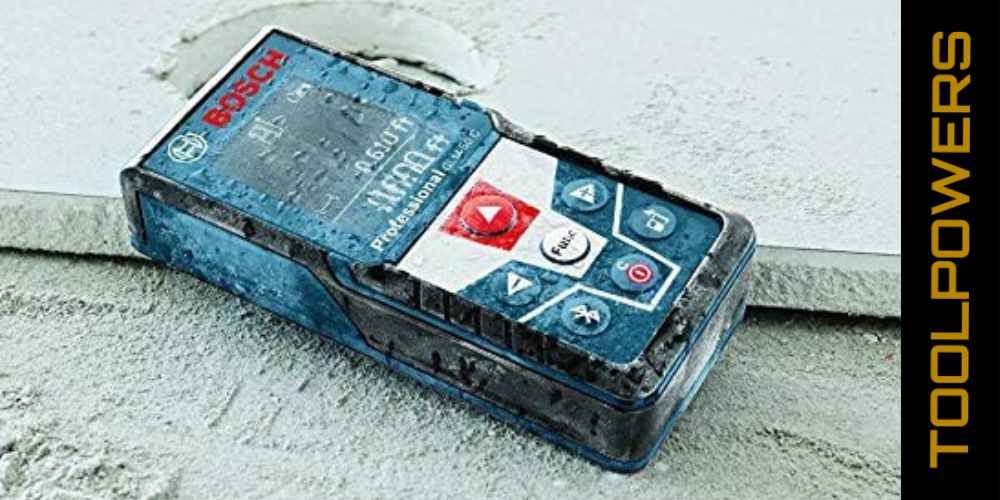 Conclusion: Between the Bosch and the DEWALT, we favor the Bosch’s display much more, simply because it’s easy to read and in color. Don’t expect millions of colors on this device though since it’s still “just” a laser distance measurer. However, we much say that the inclusion of color was really like a breath of fresh air among a collection of simply two-color displays on numerous models.

Bosch GLM50C
The Bosch has a maximum storage of up to 30 measurements. Unfortunately, there’s no way to increase the storage capacity, so you’re pretty much stuck with what you get. However, 30 unique measurements are perhaps going to be more than you’ll ever need in a single project. You can also delete old measurements that you don’t need, and re-measuring distances are extremely easy to do.

DEWALT DW03050
If you thought 30 measurements was nothing, you’d be surprised that the DEWALT can only save five at a single time. We could argue that taking and retaking measurements with a laser distance measurer is easy to do, but with only five different measurements in your pocket at any given moment, you’ll probably be running up and down your home re-measuring distances than working. 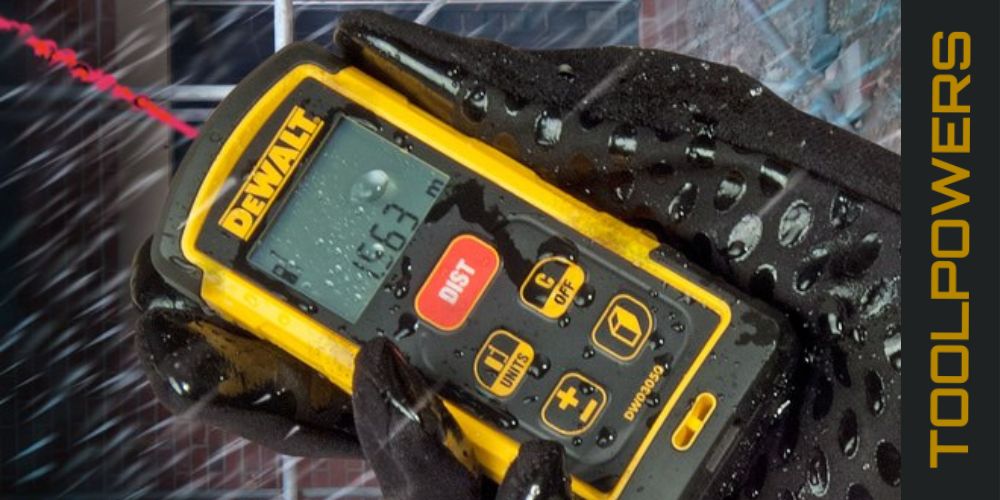 Conclusion: The math is simple: 30 > 10, and more is better. We wish that we could increase the memory capacity of both of these units, but as they are, Bosch’s 30-measurement storage is the better option. You can always record distances in a notebook or scratch paper to help you with your project.

Bosch GLM50C
These laser distance measurers are cordless devices that run off of batteries. They don’t come with rechargeable batteries so you’ll need to invest in store-bought AAA batteries to keep these devices going. The Bosch uses three AAA batteries, and you get a set of three included with the kit.

DEWALT DW03050
Like the Bosch, the DEWALT uses AAA batteries, but you only need two to provide its power. DEWALT provides you with two fresh AAA batteries so you can waste their power-playing around with the laser tape measurer when it arrives at your doorstep.

Conclusion: If you’re going to get either of these models, we highly recommend purchasing rechargeable AAA batteries so you won’t have to trouble yourself by running down to the corner store to pick up a case of fresh AAA batteries when your device powers down.

Bosch GLM50c
It may seem like overkill but having Bluetooth technology to connect the laser distance measurer to your Smartphone or tablet is extremely handy. With the Bosch, you can download all sorts of apps to help you map out the distances between objects to simplify your workload. Simply snap a picture with your phone’s camera and use the app to check measurements. 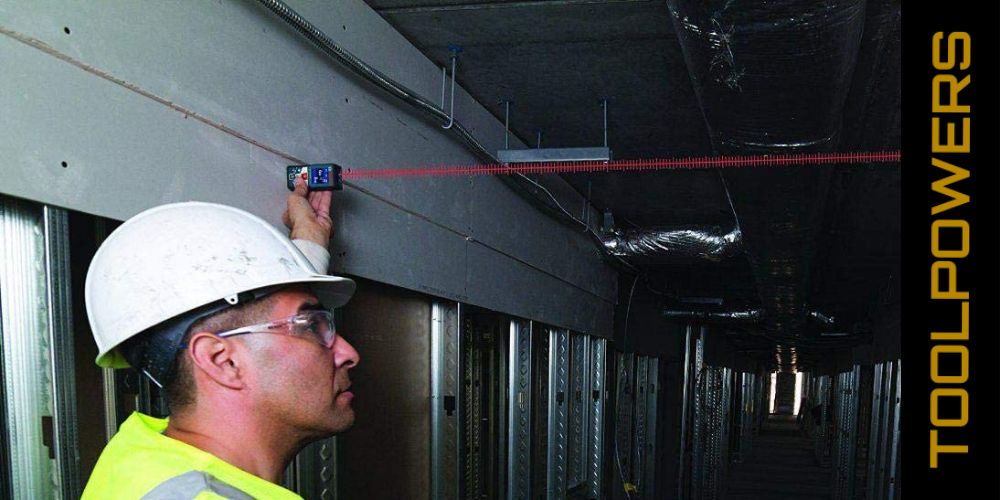 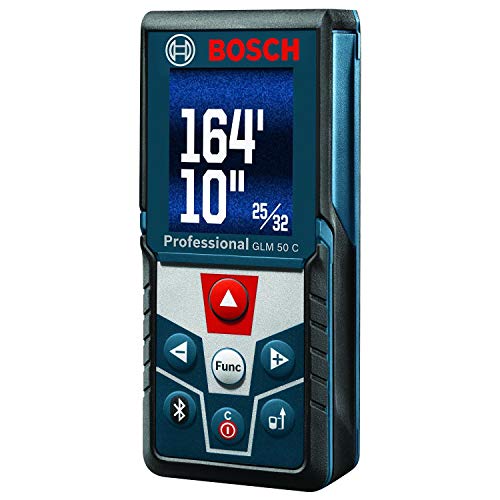 DEWALT DW03050
Unfortunately, the DEWALT is pretty much a laser distance measure without any bells and whistles. It’s a simple tool with simple functions that give you the simplest results.

Conclusion: Using Bluetooth technology is extremely helpful, especially since it helps you see the greater picture of your larger projects and check distances between two objects using the larger screen of your Smartphone or tablet. This feature is something not commonly found in laser tape measures, and we’re really glad that Bosch decided to add it to the GLM50C.

The clear winner between the Bosch GLM50C and DEWALT DW03050 is the Bosch. The reasons are simple: it has a better screen, and you can connect it to your Smartphone or tablet to send pictures and make accurate measurements.

The DEWALT is pretty much a standard laser distance measurer that isn’t much different from the other models on the market. Bosch has set itself apart with the GLM50C and all of its amazing features. The only thing that the DEWALT has going for it compared to the Bosch is its slightly better accuracy.

You can solve the problem of accuracy by limiting your measurement readings to less than 50 feet and taking multiple measurements instead of a single, 100-plus-foot reading. 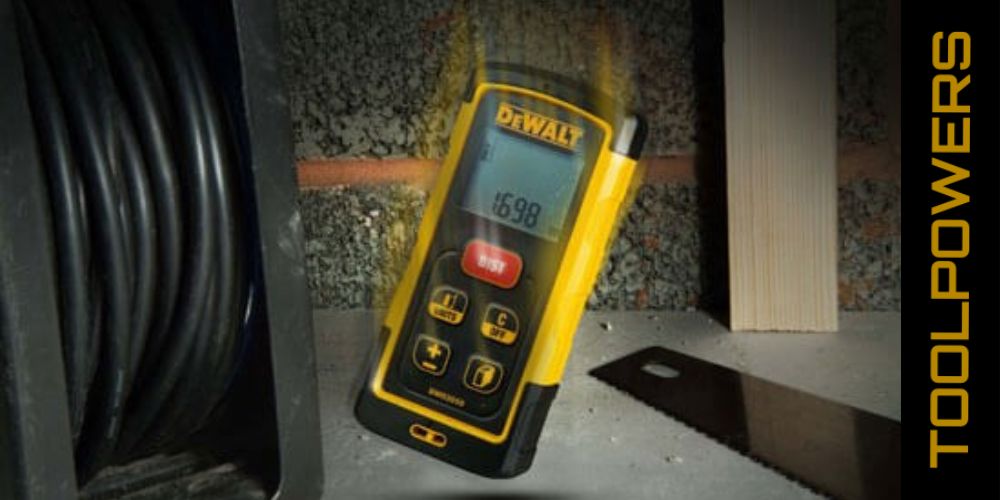 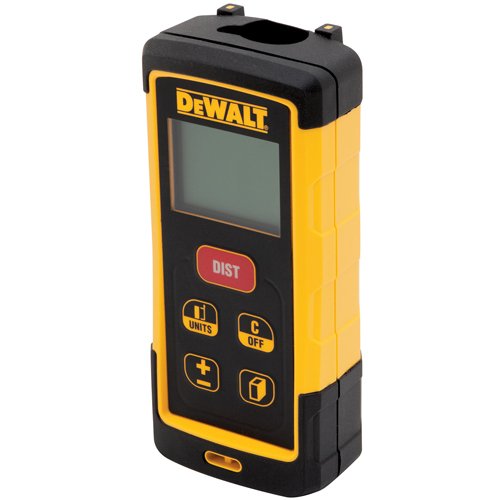