Today, we’re going to be looking at two distinct compound miter saws. The Bosch GCM12SD, and the DEWALT DWS779. Now, these two compound miter saws are from two well-known manufacturers. They are both quite good as well. Both of them have their own distinct qualities that we are going to discuss in this article. 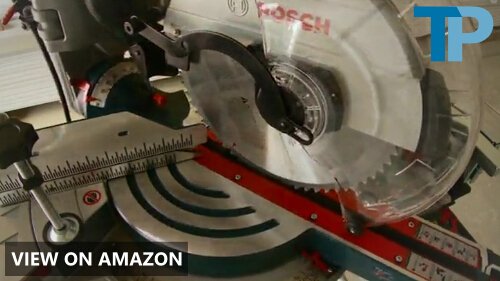 Before we get into that, though, let’s define what a compound miter saw is, and how it is different from a traditional miter saw.

So, What Exactly Is A Compound Miter Saw?

Miter saws, on the other hand, can only cut vertically. So, cuts are always straight. Now, these cuts sure look nice, but the saw itself doesn’t give you much in the way of flexibility.

Right off the bat, you’ll notice that this is a hefty little saw. Coming in at 88.2 pounds, the Bosch CCM12SD is far from being lightweight.

Durability. Control. And, of course, the ability to use this system in compact spaces. Fortunately, that is more than the case with the Bosch GCM12SD, which lives up to those design intentions. 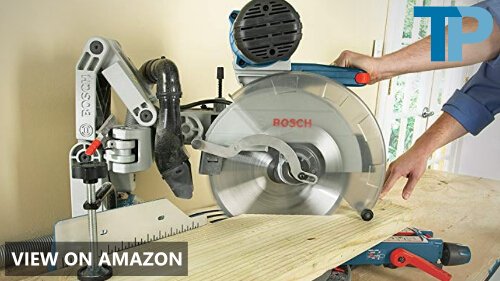 Due to the decent cutting capacity of this saw, you have a lot of freedom when it comes to the kinds of cuts that you want to make. That isn’t only because of the cutting capacity, though. Using the uniform bevel and miter scales, you can adjust the saw very easily.

This is a great compound miter saw. It gives you the flexibility and power that you need. Now, it may be a bit difficult to move it around, especially if you are moving from worksite to worksite. But, regardless of that, it is still an excellent purchase, if you are in the market for a compound miter saw.

Instead of weighing 88.2 pounds, the DEWALT DWS779 weighs a total of 67 pounds. If you’re going to be moving around to different work sites on a regular basis, this is something to take note of. 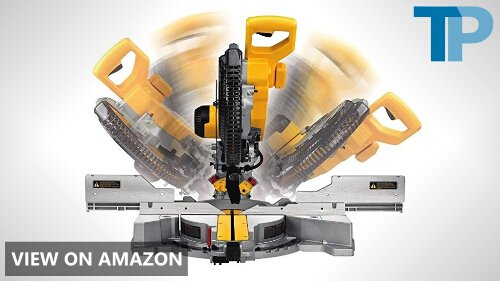 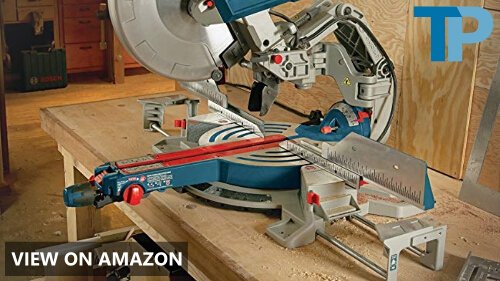 You also have access to an oversized bevel scale. This scale makes it very easy to make any kind of bevel angle adjustment.

While you’re cutting, and when you are done cutting, the dust goes through a dust collection system. This system is very efficient and very useful. Based on metrics that DEWALT has provided, it captures over 75 percent of the dust that is generated during the sawing process.

The motor is 15 Amps and 3,800 RPM. This gives you plenty of power, even during long stages of use. It also greatly aids in the durability of the saw itself.

One of the great things about DEWALT is that all of their products come with a three-year guaranteed warranty. No extra charges or hidden costs. As you can imagine, this is also very useful when it comes to maintaining the durability and overall quality of your saw. 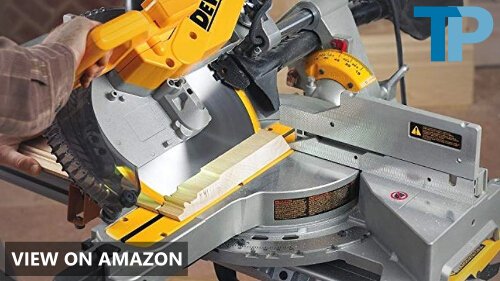 Now, the DEWALT DWS779 is another great compound miter saw. It works very well. You have a lot of flexibility and freedom when it comes to using this particular saw. That, and it only weighs 67 pounds.

However, at the same time, it doesn’t offer as much power or freedom as the Bosch CSM12SD. This isn’t a huge issue unless you need to make some very specific cuts. In that case, this may not be the ideal compound miter saw.