It’s time to get rid of that old screwdriver and upgrade to something more conventional. Power screwdrivers work like screwdrivers in the way that they can drive screws through wood and other soft materials, but what sets them apart is their ability to drill pilot holes. Of course, the motor of a power screwdriver is nothing compared to impact drivers or power drills, so you’ll still need these tools if you want to drill large holes in dense materials and surfaces. 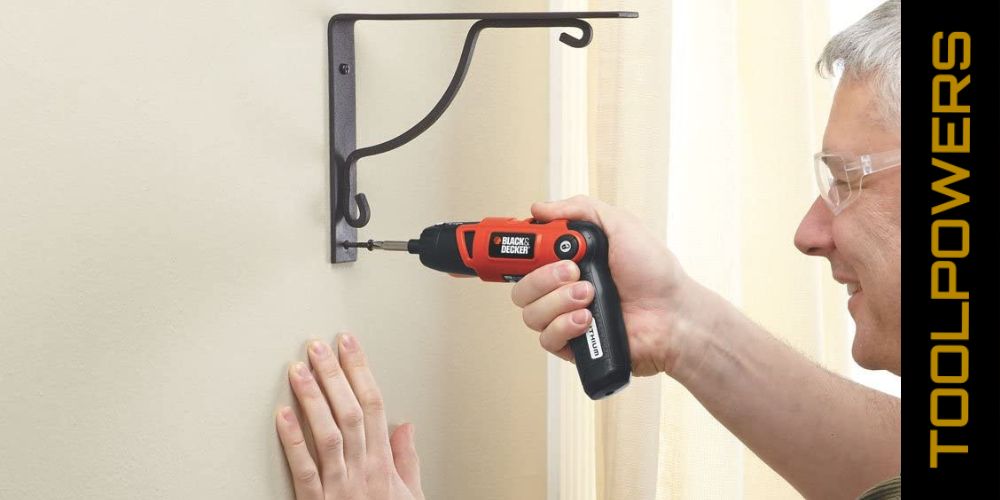 These are all impressive power screwdrivers that are lightweight, versatile tools that can help with light-duty work around the home. Once again, we must remind you that no power screwdriver, including these three models, could ever replace impact drivers. With that being said, let’s see which one of these power screwdriver models is the best.

BLACK+DECKER Li2000
You shouldn’t expect power screwdrivers to come with beefy motors that exert high speeds for driving screws. However, it’s clear that they can get work done much quicker than traditional screwdrivers. The Li2000 can drive screws at a speed of up to 180 RPM.

BLACK+DECKER AS6NG
This is the slowest tool of the bunch here. It can drive screws at speeds of up to 130 RPM. The lower RPM rating mainly has to do with the weaker batteries that this tool uses (more on this later). 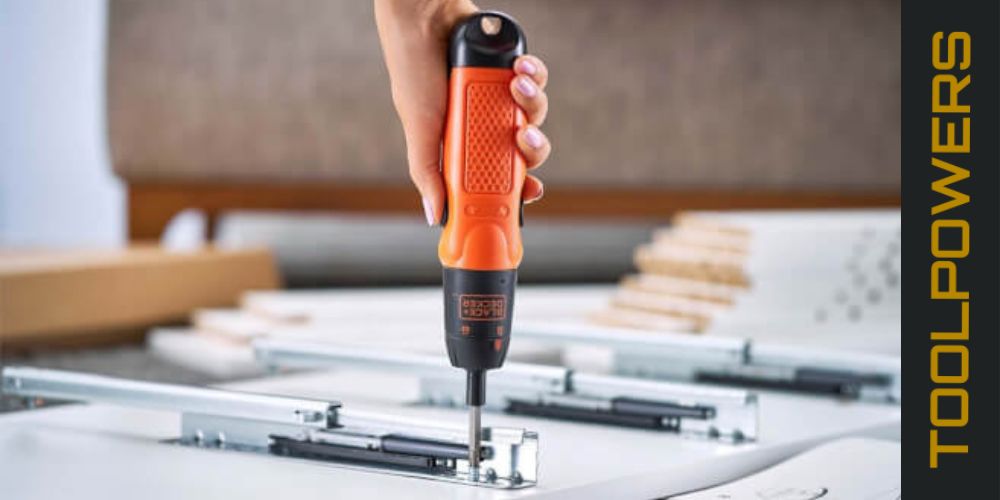 BLACK+DECKER BDCSFL20C
The AS6NG works just as quickly as the Li2000. It has a speed rating of 180 RPM, though for assembling IKEA furniture, and hanging pictures and curtain rods, you won’t need to reach maximum speeds.

Conclusion: High RPM doesn’t mean more power, but it does mean that you can get super-light-duty jobs done quicker. In our opinion, users won’t need to reach the highest speed on their power screwdriver to drill small pilot holes, assemble simple furniture, or attach fixtures. However, if speed is your thing, you can ignore the AS6NG.

BLACK+DECKER Li2000
This lightweight power screwdriver is packing a surprising amount of torque, considering its size and applications. This tool can deliver up to 40-inch-pounds of torque. This should help you drive long screwdrivers in softwoods. 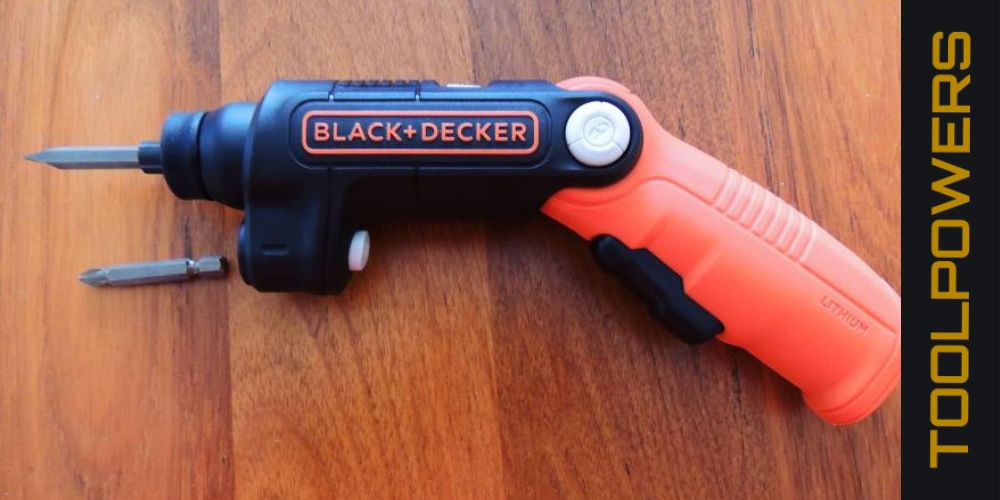 BLACK+DECKER AS6NG
The ASNG delivers half as much torque as the Li2000. The weaker torque-delivery limits this tool to extremely light-duty jobs such as drilling small pilot holes, assembling and hanging picture frames, etc. Jobs this tool may not be fit to do include driving long screws when assembling furniture.

BLACK+DECKER BDCSFL20C
The BDCSFL20C is the most powerful tool of the three BLACK+DECKER power screwdrivers on our list. It can produce up to 48-inch-pounds of torque, making it more suitable for driving long screws. However, like the other items on this list, this tool won’t fare well in drilling deep pilot holes for connecting boards together.

Conclusion: Torque is the real spec that determines how effective the power screwdriver is at driving screws and making pilot holes. All of these tools are designed for driving screws into soft materials like certain woods, but it’s clear that the AS6NG is less capable of doing this than the other models. 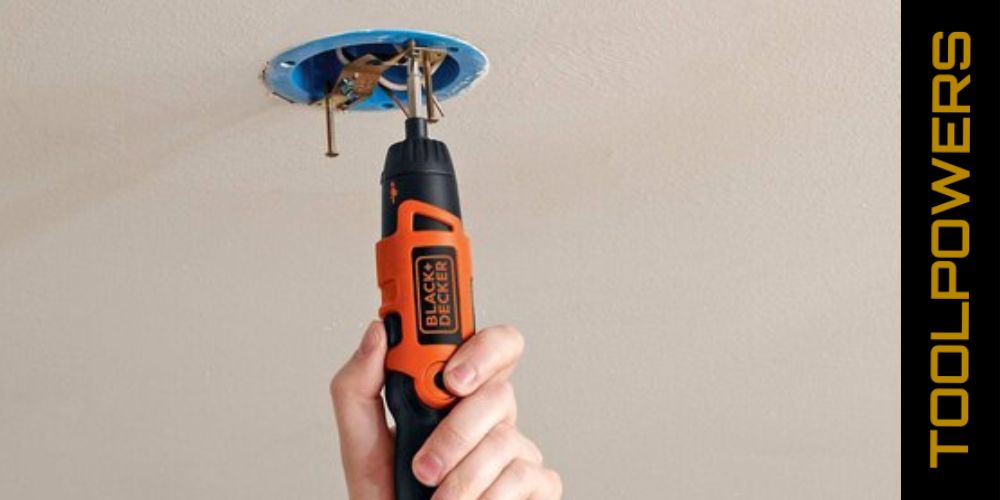 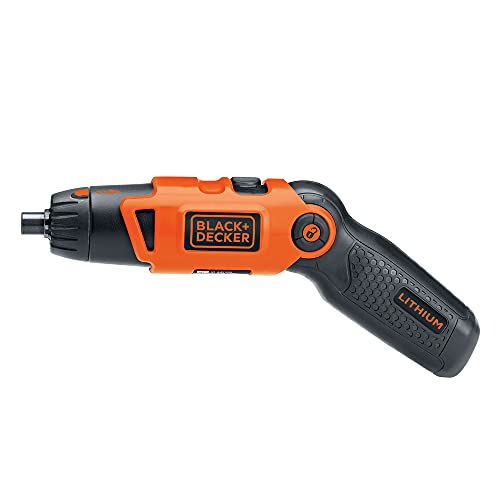 BLACK+DECKER Li2000 & BDCSFL20C
Both the Li2000 and BDCSFL20C have flexible designs to improve comfort when using them at all sorts of angles. They have three handle positions, ranging from 90° to 180°. Wherever you’re working and at whatever angle shouldn’t be a problem since you can simply switch the handle position to give yourself a better grip while working.

BLACK+DECKER AS6NG
The AS6NG’s shape is somewhat like a regular screwdriver. This isn’t a problem most of the time, but when driving screws overhead or in tight spots, its straight design might be a bit problematic. What we’re saying is that the handle is inflexible and you need to bend your arm to suit the tool and not the other way around.

Conclusion: The way a power screwdriver is designed should help reduce fatigue when manually driving screws. In addition, the best models should give you the flexibility of handling it like a gun or a traditional screwdriver. The AS6NG can’t be held like a gun, making overhead screw-driving jobs a hassle. The AS6NG doesn’t seem to have anything going for it.

BLACK+DECKER Li2000
This model uses a single 3.6-volt rechargeable Li-Ion battery (included). The battery is known to hold a charge for at least 18 months of constant usage before needing to be replaced. The voltage may seem low, but for a lightweight, compact tool like power screwdrivers, 3.6 volts should be the minimum voltage to keep an eye for. The battery charger is sold separately.

BLACK+DECKER AS6NG
This tool uses four AA batteries (included), and the company recommends using batteries from Polaroid. To ensure the better longevity of your batteries, make sure you purchase rechargeable ones. Otherwise, you’ll probably end up spending more on batteries in the first month than the cost of the tool itself. 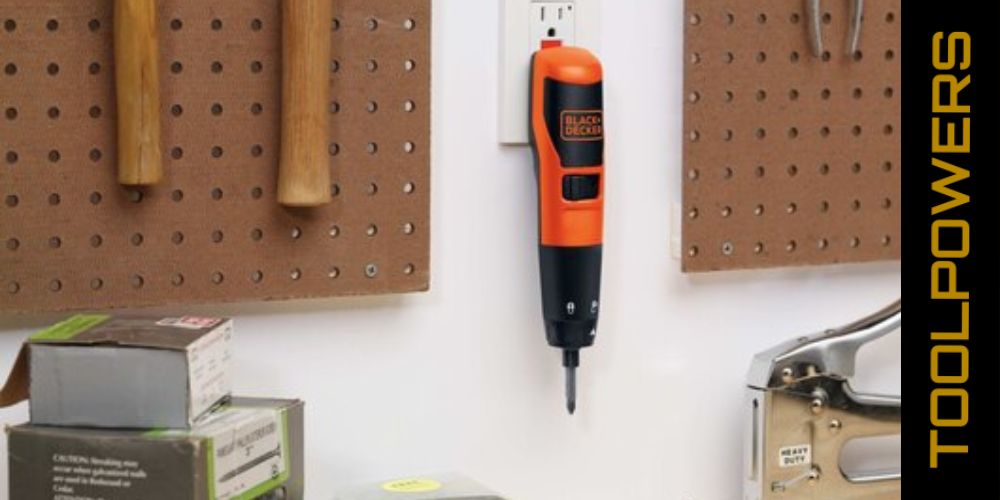 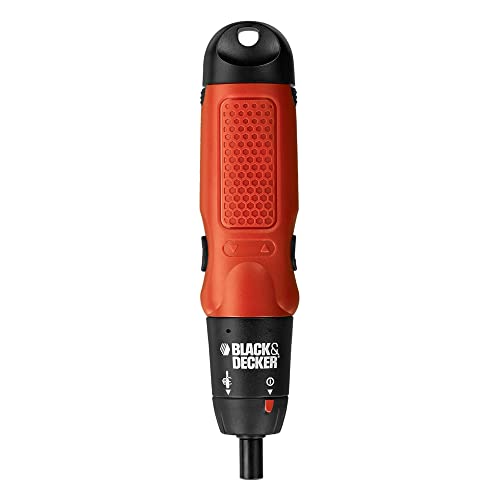 BLACK+DECKER BDCSFL20C
This model uses a 4-volt rechargeable Li-Ion battery (included). The “high” voltage is the secret sauce behind this tool’s power. This kit includes the battery charger so straight from the box, simply put the batteries in the charger and wait 30 minutes and you’ll be driving screws in no time.

Conclusion: Power screwdrivers are cordless tools that run off batteries. This makes having the right battery, in terms of longevity and power, much more crucial to owning and using a power screwdriver. We recommend getting the BDCSFL20C, but the Li2000 would also be a great choice if you purchase the charger. Stay away from the AS6NG.

If you read this entire comparison, you should know by now that we don’t recommend getting the Black+Decker AS6NG. The lack of power and speed, in combination with the type of batteries it uses and its straight-line design, make it the worst choice among the three tools here.

This doesn’t mean that it’s a bad tool per se, but there are other BLACK+DECKER power screwdriver models that blast the AS6NG out of the water, such as the 4V BDCSFL20C with its 48 inch-pounds of torque and maximum 180 RPM.

The BLACK+DECKER Li2000 is second place by a wide margin, simply because you have to purchase the battery charger separately. In terms of power and speed, the Black+Decker Li2000 is an excellent tool. 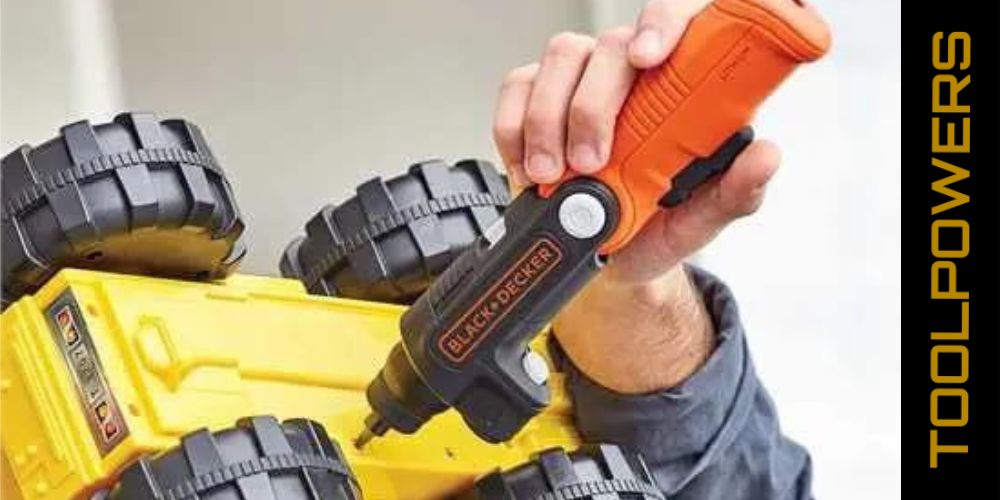 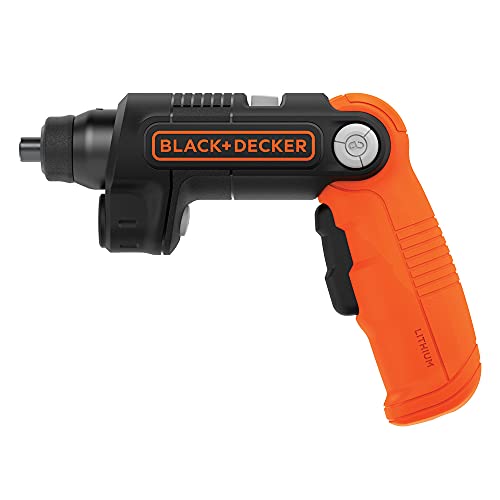