A jigsaw is a common power tool consisting of an electric motor and a reciprocating saw blade. Without support on the lower end of these units, they typically lack the stability other saws provide. Jigsaws can be used for straight and curved cuts in various materials, such as wood, plastic, metal, and ceramic. Despite being safe and easy-to-use, they’re still one of the most underused power tools. 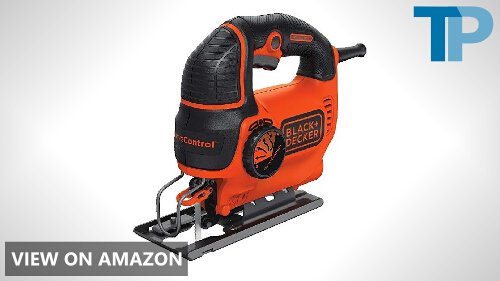 Both the BLACK+DECKER BDEJS600C and the DEWALT DCS33 jigsaws mentioned in this comparison provide up to 3,000 strokes per minute and have pre-installed features to help stabilize your cut for maximum precision. So if you’re looking for a jigsaw, then either of these two brands will provide you with more than enough to get the job done easily and enjoyable. Powerful and portable, you won’t want to put them down; instead, you will find as many projects as you can to use them.

Black+Decker BDEJS600C
Equipped with curve control technology, this saw allows you to adjust your movement to one of four customizable settings, giving you the ability to complete your project in the best way for you. It also comes with an “adjustable shoe” which provides a more stable cutting platform. 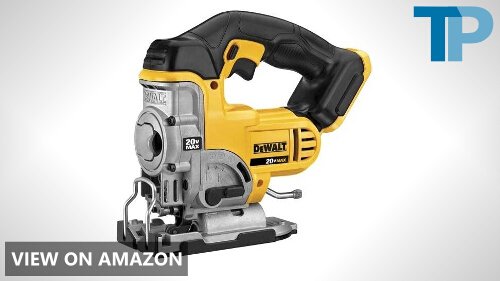 
DeWalt DCS33
Also supporting four positions for orbital action, you can customize this saw to perform in the specific way you need to as your projects change. The anti-slip grip makes this DeWalt model feel like a glove on your hand. With effortless control and precision, while operating, you won’t feel like you’re trying to rein in this saw as it spins away from you.

Conclusion: Both these stable jigsaws ensure a safe and controlled cut every time.

Black+Decker BDEJS600C
The large, easy-to-access plate on this jigsaw makes changing the bevel angle a snap! Just remove the slotted Phillips screw to adjust the plate. This offers the ability to control the bevel cut from 0° to 45°. There’s no need for you to buy multiple tools when this one has as much versatility as it does. 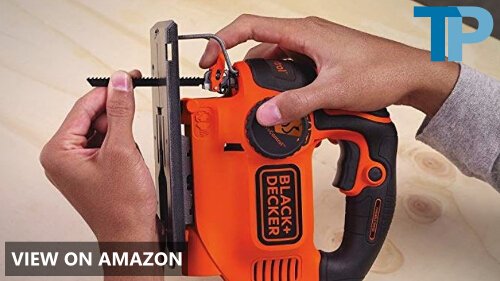 DeWalt DCS33
Also providing bevel cuts from 0° to 45° (in increments of 15°), the all-metal plate on this saw has detents built in to switch from one angle to the other easily. Don’t worry about having too many tools around, taking up valuable workspace; this one adapts to many challenges.

Conclusion: Straight or angled, either of these two jigsaws will get the job done. 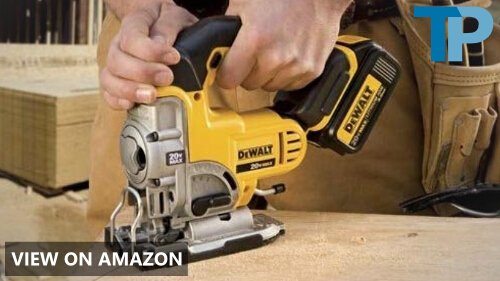 Black+Decker BDEJS600C
Leave your screwdrivers on your belt, with a keyless blade clamp, switching blades on this BLACK+DECKER BDEJS600C jigsaw is easier than ever. Just use the quick-release function to remove the blade from the clamp and replace it with another U- or T-shank blade. (But keep in mind that universal blades won’t work!) There’s no reason anymore to stop your project and breaking out of your flow for a time-consuming blade change.

DeWalt DCS33
Designed with an all-metal, lever-action keyless blade clamp, blade changes are quick and easy with this DeWalt model. Also included are two blades, just in case you’re constantly using this jigsaw and one of the blades wears out at the worst time. Save precious time during your workday, so you can get done faster and get back to the fun you’re missing out on!

Conclusion: Difficult blade changes are a thing of the past; these blades are replaced as easily as batteries. 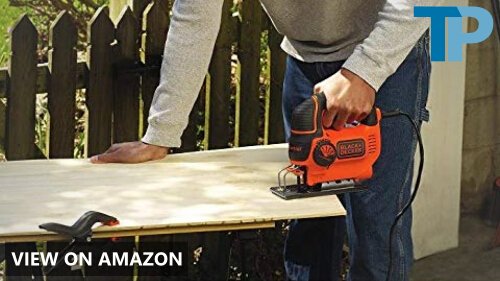 Black+Decker BDEJS600C
Updated from its predecessors, this jigsaw comes with a new and improved wire guard providing clear line-of-sight for precise cuts. Don’t worry about cutting blindly on your workpiece, relax with the peace of mind that you know exactly where the saw is going. 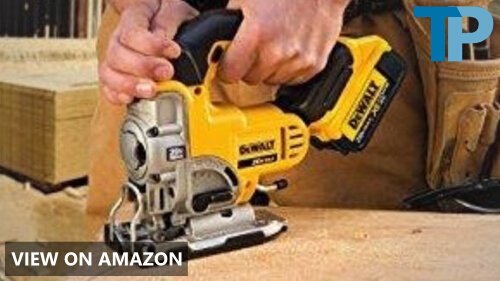 DeWalt DCS33
If you’re tired of beginning a cut with an unobstructed sight-line to have it covered up by debris as soon as the saw cuts, then the adjustable dust blower mounted on this saw will remove any obstacles that might hinder the accuracy of your cut. Or turn the dust blower off if it’s doing more harm than good, because the versatility of this jigsaw doesn’t end!

Conclusion: Both of these saws provide you with enough vision which you need for certain cuts. 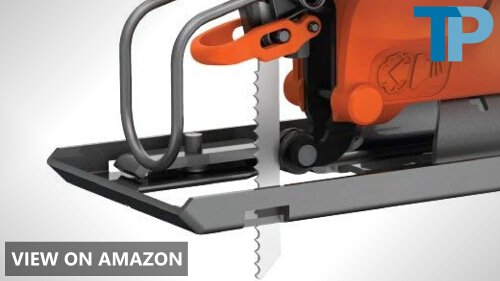 So there you have it: two incredible jigsaws to replace your old piece of junk that spits and sputters, dies mid-cut, and creates rough edges on your workpiece. As you can expect from two powerhouse companies like Dewalt and Black+Decker, they will produce more technological works-of-art during your projects and desires in mind.

Have no fear or doubt because you can’t go wrong with either of these two jigsaws. The decision comes down to whether or not you want orange or yellow. You’re going to get a smooth, powerful cut no matter your choice. With easily adjustable features, lightweight, and immense power, both the BLACK+DECKER BDEJS600C and the DEWALT DCS331B jigsaw will get any job done, and the entire process won’t even feel like work! 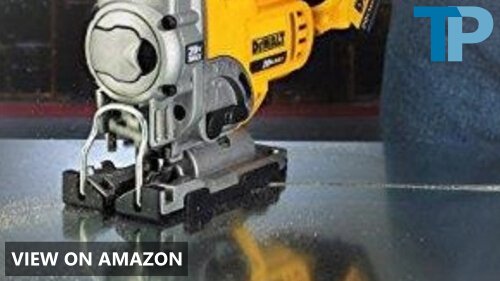