Strolling down the aisles of your local home improvement stores can be a daunting task, especially since there is an overwhelming number of solo power tools and combo kits to choose from. Generally, there are several reasons to opt for a combo kit rather than singular tools: they’re economical, versatile, space-efficient, and they simplify heavy-duty jobs. 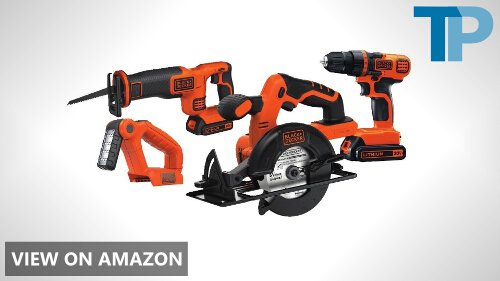 The Black & Decker BD4KITCDCRL combo kit features four power tools in a single toolkit: a drill/driver, a portable circular saw, a reciprocating saw, and a handy flashlight. Though this toolkit doesn’t provide everything you’ll ever need at the job site, a single purchase can help you complete a wide variety of projects. Let’s see what the BD4KITCDCRL combo kit has in store.

This drill/driver features a simple 1-speed motor which can reach max speeds of 650 RPM and can deliver driving power of up to 115 inch-pounds of torque. For a 1-speed drill/driver, these performance specs are pretty much the industry standard. With 11 clutch positions, users are given greater control over how much speed and torque to apply when they pull the trigger. Overall, this is a nice budget, low-spec cordless drill for tacking light- and medium-duty tasks. 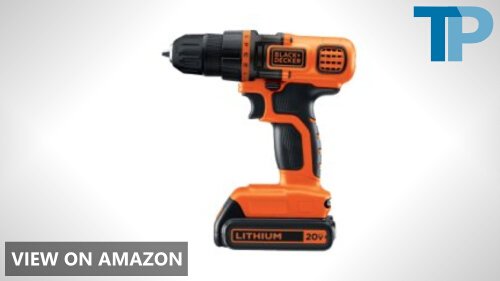 The BDCCS20B is a 5 ½-inch blade portable circular saw. The blade can bevel between 90° and 45°, offering rather shallow but clean cuts when it’s set at its acutest angle. The blade is positioned on the left-hand side of the unit, which great overall for both left- and right-handed people, but it can lead to some trouble when aligning cuts for right-handed users.

One thing that users find odd about this unit is that it relies on a relatively weak 20V battery when other brand name models use 120V. However, it delivers enough speed (up to 650 RPM) with little hiccups of pieces of wood and even thick metal sheets. 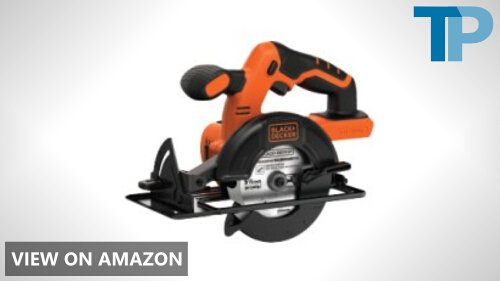 This reciprocating saw weighs only 4 pounds, so there’s no risk of fatigue. The variable speed control helps users control how quickly, and ultimately how cleanly, the cuts produced by the saw end up being. The only drawback of this reciprocating saw is the vibrations produced when the tool’s set to its highest speed. Accuracy is definitely compromised as the speed of the blade increases. Overall, this is a decent-working tool for sawing several soft- and medium-density materials. 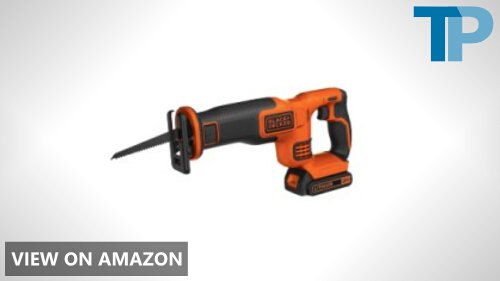 There’s not much to talk about concerning the flashlight other than it provides up to 11 hours of light per charge. The LED lights provide 70 lumens, more than enough to illuminate dark spaces in your closet and garage. The light can swivel up and down, so you can set the unit on the floor and shift the light upwards to provide proper illumination. 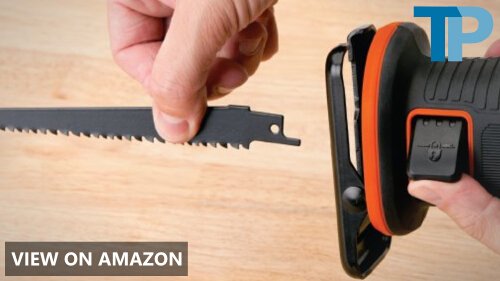 We’re accustomed to hearing the words “quality” and “Black & Decker” used together, and this combo kit doesn’t disappoint. Sure, you might need several other power tools to assist with jobs this toolkit can’t handle, but this Black & Decker BD4KITCDCRL combo kit is a great starting point for first-time buyers, amateur woodworkers, and DIY hobbyists. The lack of bits and blades might be a turn-off for many people, but it’s not exactly a deal breaker since Black & Decker bits and attachments are extremely easy to find at hardware stores or online. 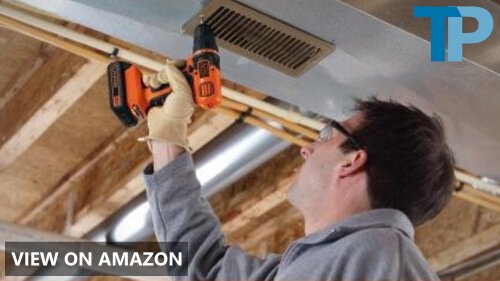