If you’re a carpenter, you most likely have heard of a track saw. At first glance, a track saw looks extremely similar to a regular circular saw, so you might be thinking to yourself, “What the dilly-o?” Well, we’ll tell you what the dilly-o is and how a track saw can replace the functions of several other saws.

What Is a Track Saw?

A track saw, also known as a plunge saw, works similarly to the traditional circular saw, but the blade is concealed within the tool’s casing rather than being exposed and spinning on an arbor. This is what allows the tool to make plunge cuts with extreme precision.

Another way a track saw differs from a circular saw is the inclusion of a long aluminum rail that sits on top of your material and lets you glide the track saw along the rail’s path. There’s really no need to clamp the rail down onto the surface of the material since it comes with rubber strips that “stick” onto the material and prevents sliding.

What Can You Do with a Track Saw?

If you need to make plunge cuts in the middle of a board, you’re normally left with two options. The first is taking out your routing tool. A router might not be the most efficient option since it can take some time to dig out huge spaces.

The second option is taking a regular circular saw and jimmying the blade guard back, exposing the blade. Operating the circular saw while a pencil or other object is wedged between the blade and guard isn’t the safest or smartest thing to do, but what else can you use?

Well, with a track saw, you can make plunge cuts without any trouble at all. After dimensioning your board with the track saw, lift it off the rail and measure where you’d like to make the plunge. Adjust the depth of the blade and begin sawing. The track saw’s blade isn’t covered by a guard, so making plunge cuts is much easier and safer to do.

If you rely on a table saw, you better have the physical build of The Hulk, especially if you’re dimensioning a large, heavy board on your own. The magic behind the precision cuts that a track saw can do is the rail.

It guides the track saw’s blade in a straight path for the length of the rail. Some rails can even be connected to each other, so making super-long cuts on rough lumber or huge sheets is easy to do. Remember that you bring the track saw to the material and not the other way around. It’s just so much easier to make long crosscuts or rip cuts on huge boards. 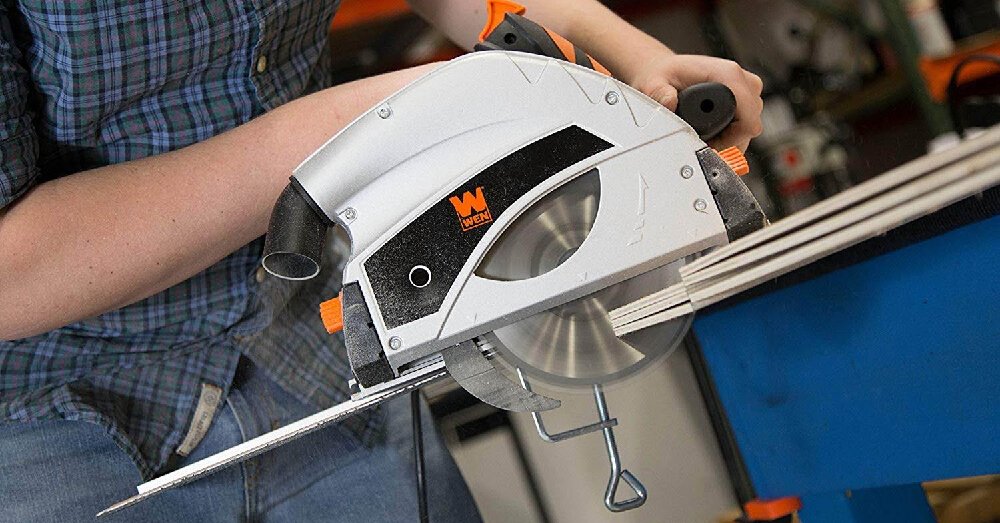 Making long mitered cuts in a single pass is also possible with a track saw. You don’t need to worry about a miter saw’s left, and right supports being able to bear the weight of the board. Nor do you need to worry about flipping the board over to finish mitered cuts. With a track saw, simply lay the aluminum rail flat on the material’s surface and at the appropriate angle and begin cutting.

One of the most amazing things we’ve seen when comparing track saws, circular saws, and table saws is that the track saw’s cuts are significantly cleaner than the rest. A table saw usually leaves chips or splinters on the edge of the board.

A circular saw’s rough-and-tough demeanor does as you’d expect it to do. A track saw is much more delicate despite being just as powerful as many circular saw models. The flat face of the aluminum rail really helps in keeping the track saw’s blade from going off course and producing splintered/chipped edges.

In relation to the previous point, a track saw can make super-clean cuts on laminate. The direction and speed of the blade let the track saw tear through huge sheets of laminate while leaving very little unsightly markings.

It goes without saying that you need to mount the right type of blade to cut laminates, but if you attempted to do this on a table saw or circular saw, you’d end up with large tears or rips.

Resize a Door While It’s Hinged

You’d probably think that a madman would attempt to cut a few millimeters off the bottom edge of the door while it’s still on the hinges. The traditional way to do this is by unhinging your door and going at it with a table saw or circular saw. With a track saw, there’s very little clearance on one side of the blade, so you can lay the aluminum rail vertically on the door and glide the along the bottom portion of the door.

There is a lot of debate online on whether a track saw can replace a table saw and, a miter saw, and/or a circular saw. For the most part, a track saw can take care of most of what the other saws can do.

A table saw, and miter saw are limited on where they can go, even if they are contractor or portable models. The track saw is lightweight, compact, and travels extremely well. You bring the track saw to the material and not the other way around, so you’re not lifting or dragging heavy boards to and from.

A track saw can make mitered cuts, beveled cuts, and cut on both planes with very little issues. It is also extremely easy to make repeated cuts by using the angle and blade locks. Simply take the guide rail to where it’s needed, align it correctly, and run the track saw along the rail at any orientation. 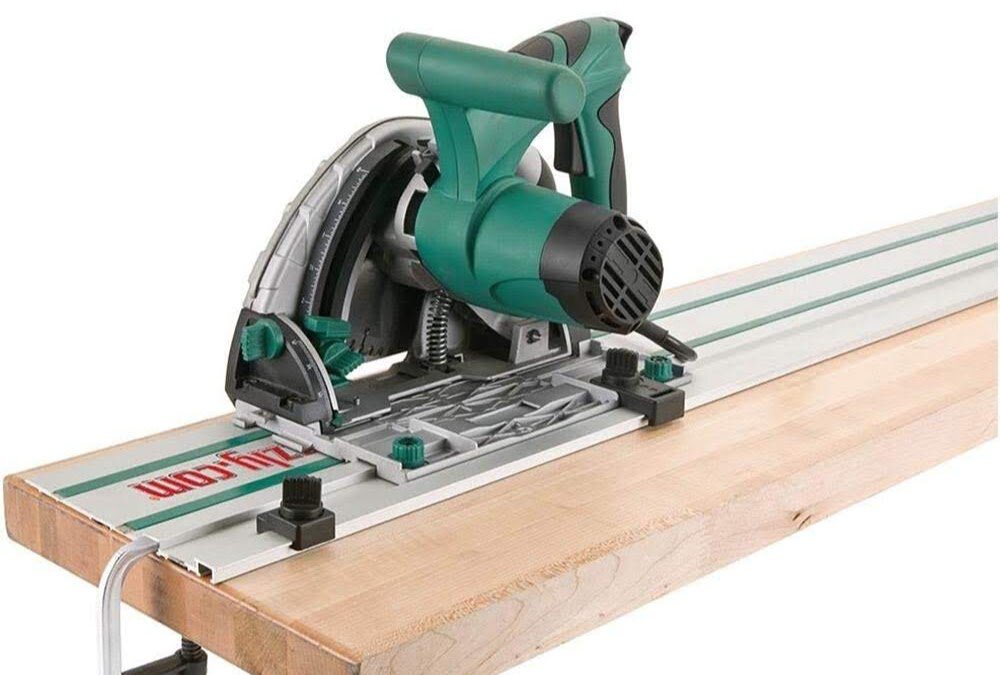 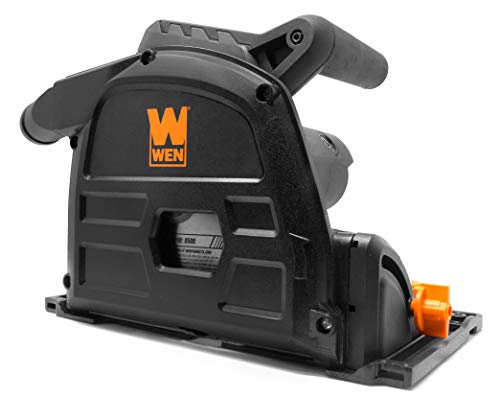