The miter saw is a type of saw that uses a plunging head to crosscut through the wood. With the right type of blade, you can even use a miter saw to chop metal pipes and bars, but there is a separate species of the miter saw designed exclusively for metalwork. 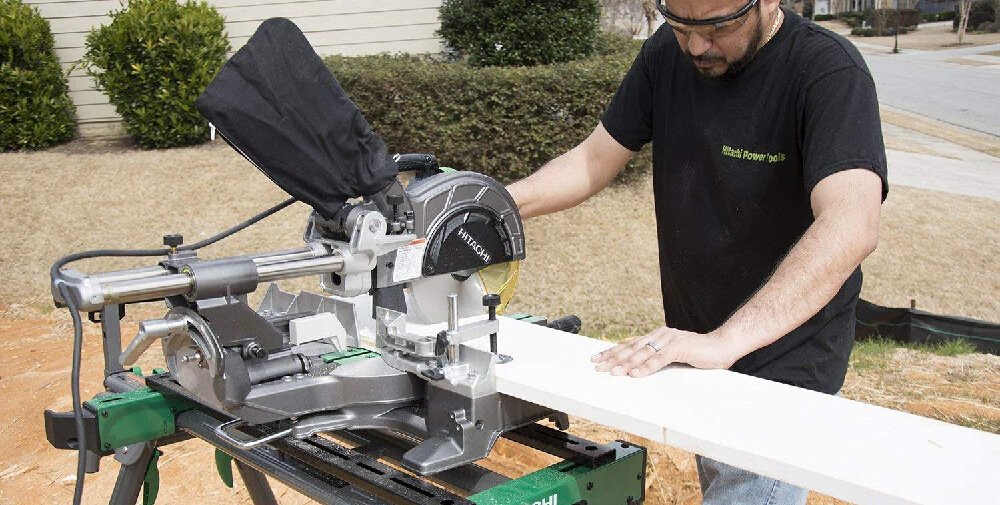 Over time, the miter saw has evolved from being a one-trick pony from just plunging and making angled cuts into a more complex beast. The compound miter saw is the “second stage” of the miter saw evolution with the added ability to bevel the head in a single direction. This lets the user produce cuts in two planes so you can make a compound cut with a single plunge of the saw head.

Let’s talk about what a compound miter saw can do that a regular miter saw does. The first is cross-cutting. Compound miter saws need to be placed in a spot in your workshop with enough clearance to the and right sides. This lets you balance long boards across the work surface. With a miter saw, all you need to do is align the board correctly beneath the saw head before plunging the blade by pulling down on the handle.

Lining the board against the fence and making measurements is easy to do with a miter saw. The fence sits perpendicular to the saw’s work table, and you can put in your own measurement markings on both sides of the tool as references for measuring the sizes of the boards after making the crosscut. 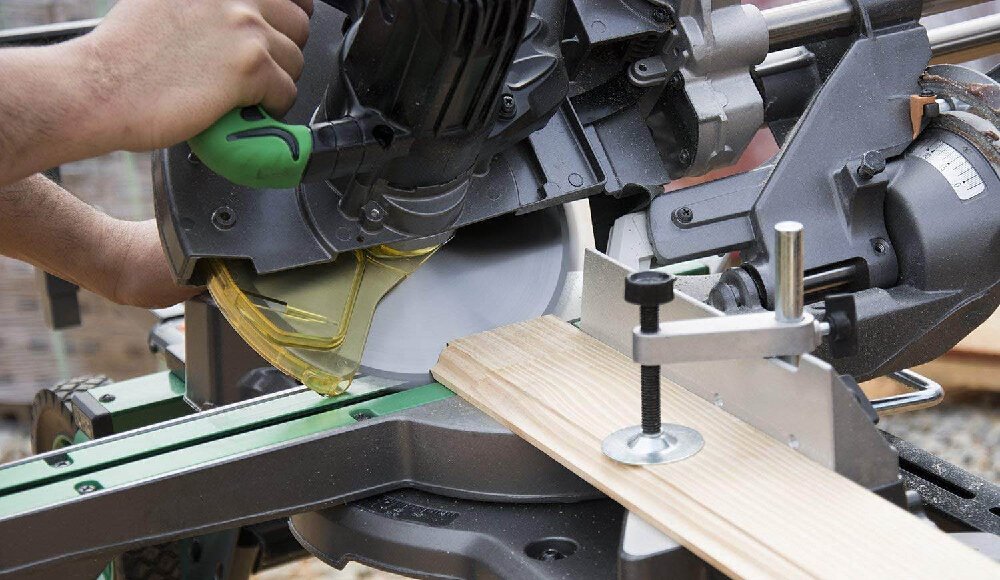 You can accomplish the same type of cut on a table saw, but with the right supports, you can crosscut boards that surpass the capacity of a table saw’s work surface. However, you’re limited to how wide a board you can place on your miter saw with a single plunge by the size of the compound miter saw’s blade.

The miter saw got its name from the ability to turn the saw head left and right. By doing this, you can plunge the saw’s blade into your workpiece at an angle, thus producing a mitered cut, or more often referred to as an angled cut.

Most compound miter saws have the ability to turn up to 50° in both directions. Some models can go beyond the 50°-mark, but it really depends on the size of the blade and the saw’s maximum length-cutting capacity. There are usually positive stops at the most-used angles (0°, 22.5°, 45°) to help you find the appropriate angle to lock it in place.

Almost every woodworking project will call for making angled cuts. If you’re building tables, chairs, shelves, cabinets, crown molding, etc. (the list is endless), you’ll need the ability to cut two connecting boards at 45° to produce right angles. This is where the mitering ability of the miter saw reigns supreme. 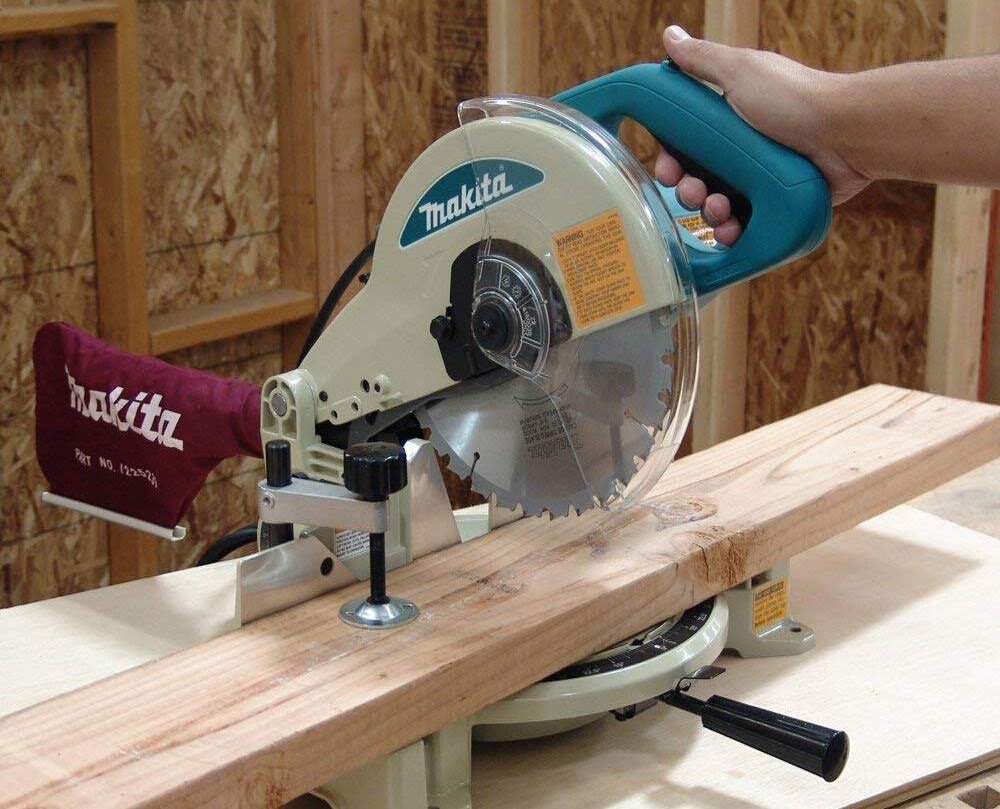 The traditional miter saw only has the ability to produce an angled cut on one plane. For most woodworking projects, this will be all you need. However, there might be a time when you wish you could make a 45° crosscut while the cut-portion of the board has a 45° taper. Traditionally this would call for the use of two cuts from two separate tools: the 45° crosscut on your miter saw and then the 45° tapered cut on your table saw.

With a compound miter saw, you only need to make one single plunge to get the desired cut on two different planes. First, adjust the miter by rotating the head to the left or right and locking it at the appropriate angle. Next, tilt the saw head to the right or left (depending on your model) so it produces a tapered edge. Most compound miter saws have a beveling capacity of between 0° and 48°.

As we mentioned earlier, most of your projects won’t call for a compound cut so your tool’s beveling gauge might become a bit rusty. However, as your skills as a woodworker increase and become more willing to make pentagonal, hexagonal, or octagonal pieces of furniture or crown molding, you’ll be glad that your compound miter saw can make the tedious cuts for you in a single plunge. 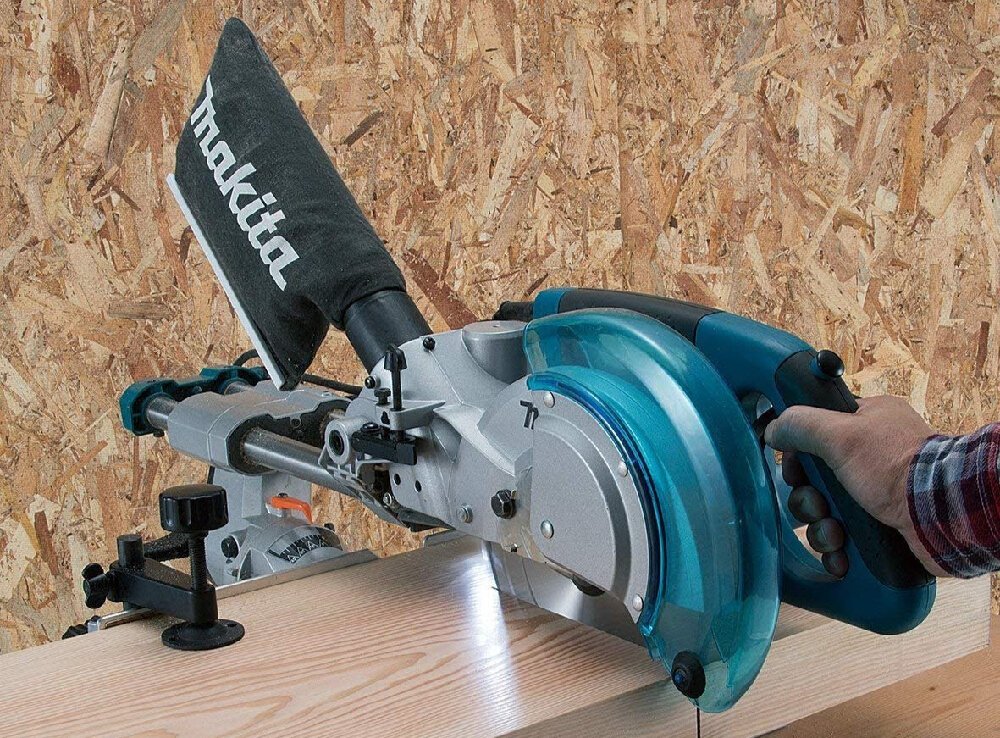 The ability to make repeated cuts across numerous boards is something that many people learn the value of very later on in their woodworking career. It’s extremely time-consuming having to adjust the angle of the saw head and readjusting it after each cut even though you’re cutting at a single predetermined angle each time.

A compound miter saw does this, not just for mitered cuts but also for beveled cuts. This reduces the painstaking task of measuring a million times over when cutting a million boards.

Even though table saws, circular saws, and many other power saws can be locked into the same position for repeated cuts, the compound miter saw is one of the very few tools that can be locked to produce cuts at two different angles simultaneously.

What about Dual and Sliding Compound Miter Saws?

This is a fair question to ask since these are regarded as the third and fourth generations of the miter saw respectively.

The only differentiating factor of a dual compound miter saw is that the saw head can bevel in both directions, whereas a regular compound miter saw can only bevel either to the left or right. It’s a time-saving feature since you don’t need to flip your board over to get the second beveled cut in place.

As for the sliding compound miter saw, the only difference is the sliding head. When making cross cuts or angled cuts, you can pull the head towards you before plunging the blade into the board. To finish the cut, after the blade has cleared material from the initial plunge, you push it back toward its original position the pull it back up. Essentially, a sliding compound miter saw has a larger crosscutting capacity compared to the other miter saw types. 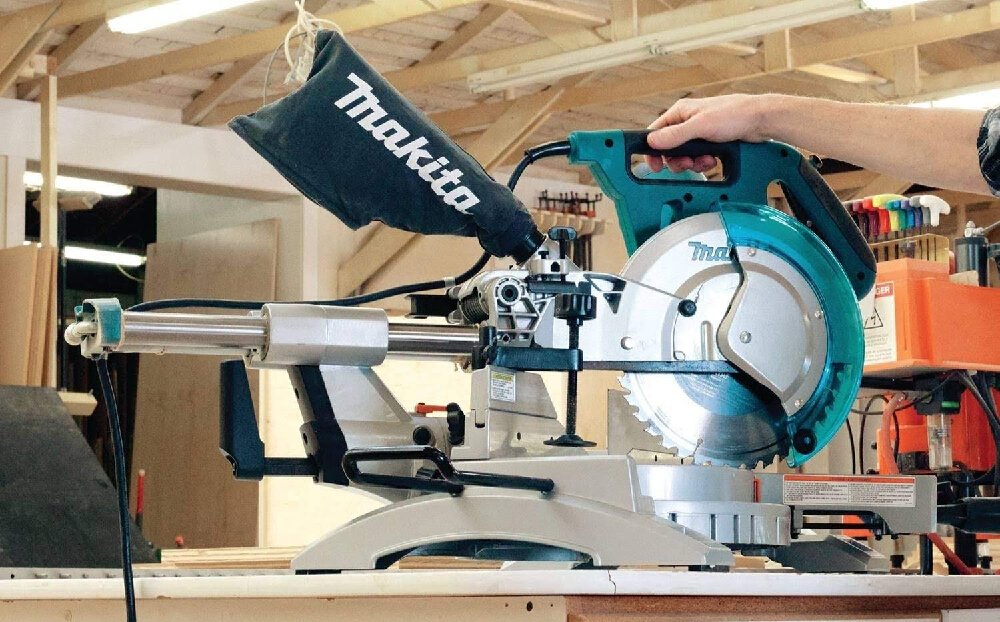 This article sums up the main benefits of a compound miter saw. It’s essentially a time-saving tool, but many of what it can do is already covered by a regular table saw, assuming that you have an angle-cutting jig for your unit. The thing that really makes a compound miter saw shine is that it can cut at two different angles (miter and bevel) in a single pass; something that a table saw in incapable of doing, let alone a wide assortment of handheld power saws.