Any woodworking project calls for the use of a sander, whether it’s a belt sander, a disc sander, an orbital sander. Most of the time, one type of sanding tool cannot replace that of another. This is why it’s important to take a look at what each sander can do. In this article, we’re going to focus on one of the more versatile benchtop sanding tools – the belt-disc sander.

What is a Belt-Disc Sander

This is a two-in-one tool that features both a sanding belt and a sanding disc. Belt sanders are far better equipped for material removal, whereas a disc sander is used mainly for finish sanding before assembly. With one of these combo tools, you don’t need to decide which of the two to invest in; instead, you get the best of both worlds in a single benchtop tool.

Even though a benchtop belt-disc sander probably doesn’t make it on the list of top 5 tools you’d need in your home workshop, it’s still a rather impressive tool to have. It can be a pretty versatile tool for rough and finish sanding that professional handymen take advantage of. The best thing about benchtop belt-disc sanders is that they’re quite inexpensive and hardly take up any room. Any garage workshop would definitely benefit from having one of these mounted on a workbench.

The two main reasons why prices of benchtop belt-disc sanders have dropped considerably lately are better technology and the high number of manufacturers competing for a bigger slice of the market. So now there’s an incentive to get one, but should you just pick one up randomlyOf course not.

Finding the right benchtop belt-disc sander requires knowing what to look for and knowing what each model has to offer. In this guide, we’ll describe the most crucial specs and features to be on the lookout for.

A sander is only as good as its motor. However, benchtop belt-disc sanders don’t exactly need the power of the sun to turn the belt/disc. Most benchtop models have either a 1/3-HP or ½-HP motor which is sufficiently powerful to remove material and shape your work. A beefier motor would be optimal for aggressive material removal of larger objects.

The dimensions of the sanding belt and diameter of the sanding disc play an important role in determining how quickly you can remove material from stock. Essentially, longer, wider belts and discs can sand much quicker than small ones. The sizes of the belt and disc depend on the strength of the motor, so if you get a weaker tool, it’ll come with smaller sanding components. In our opinion, the smallest belts and discs that are easy to work with are 4 x 36-inch belts and 6-inch discs.

In every benchtop belt-disc sander, the disc is always perpendicular to the base, but the orientation of the belt sander varies from model to model. Some have vertical-standing belts while others are parallel to the base. Some even have belt sanders that run horizontally but face upward, so you need to push your stock downward and into the moving belt. Whichever one you deem best is up to you since there’s no objective way to determine the superiority of one over the others.

The best belt-disc sanders come with a system that suctions or at least pushes away sawdust during sanding. They can either have a suction mechanism that collects the dust as it appears, a deflector that prevents dust from falling on the floor, or a simple chute where dust accumulates. We prefer suction models since you can connect a shop vac to the built-in chute. You may need an adaptor to get to fit your shop vac.

Even though being lightweight is a part of benchtop tools, lighter is not always better. Sure, benchtop belt-disc sanders can be mounted onto a workbench using long screws, but the weight and construction of the tool need to be able to withstand vibrations produced by the spinning sanding disc and belt. The weight isn’t the most important consideration so don’t be scared of seeing models weighing as light as 20 pounds or as heavy as 100 pounds or more.

This is often the most overlooked criteria when shopping for a belt-disc sander, but it’s extremely important if you want to keep your fingers and knuckles away from the coarse sanding belt and disc. Ideally, you’d want both the belt sander and the disc sander to have a beveling table. This will help dramatically when shaping and sanding oddly shaped objects or when working at awkward angles. Most of these tables can bevel up to 90°, but many models only do 45°, and some don’t bevel at all.

As you already know, sanding belts and discs are not immortal. They can get clogged up with sawdust and require frequent changing. One of the most convenient ways to change sanding belts and discs is with a tool-less belt changing system. Some models require a flip of a switch to remove the sanding sheets while others can simply be pulled off and replaced. This doesn’t have anything to do with sanding performance; it’s more of a convenience.

A benchtop disc-belt sander combines the best of two different tools so don’t need to consider investing in one over the other. The belt sander serves to remove a bunch for prepping and shaping lumber while the disc sander is for finish sanding prior to assembly. This is a great tool to have if you’re confused about which type of sander you need for woodworking projects.

Shopping for one of these tools can be quite challenging since there are plenty of models to choose from. When shopping for a benchtop belt-disc sander, the most important factors to consider are how powerful the motor is and how large the belt and disc are. The other features depend on personal preference, what’s available in your workshop, and how versatile you need your benchtop belt-disc sander to be. 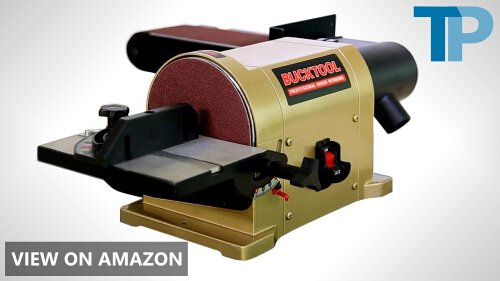 Check how much you can save, buying the BUCKTOOL Benchtop Belt Disc Sanders on Amazon >>> 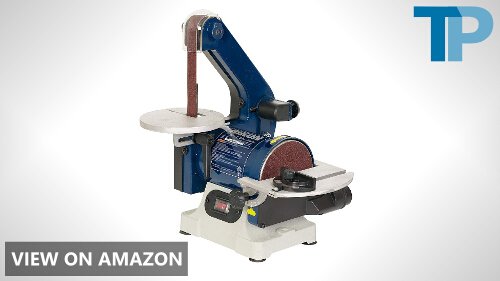 Check how much you can save, buying the RIKON Power Tools 50-151 Benchtop Belt Disc Sanders on Amazon >>> 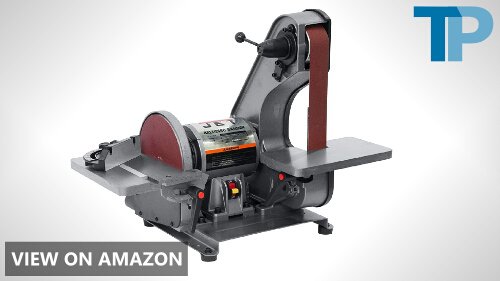 Check how much you can save, buying the JET J-41002 Benchtop Belt Disc Sanders on Amazon >>> 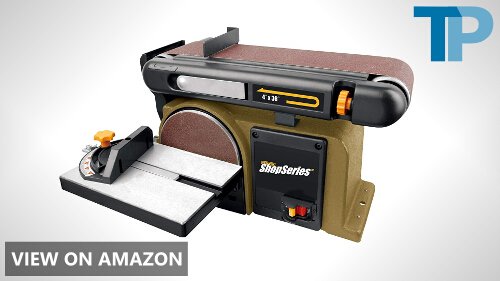 Check how much you can save, buying the Rockwell RK7866 Benchtop Belt Disc Sanders on Amazon >>> 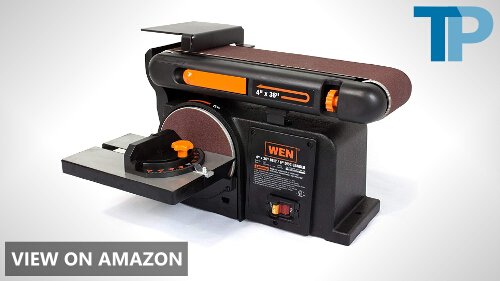 Check how much you can save, buying the WEN 6502 Benchtop Belt Disc Sanders on Amazon >>> 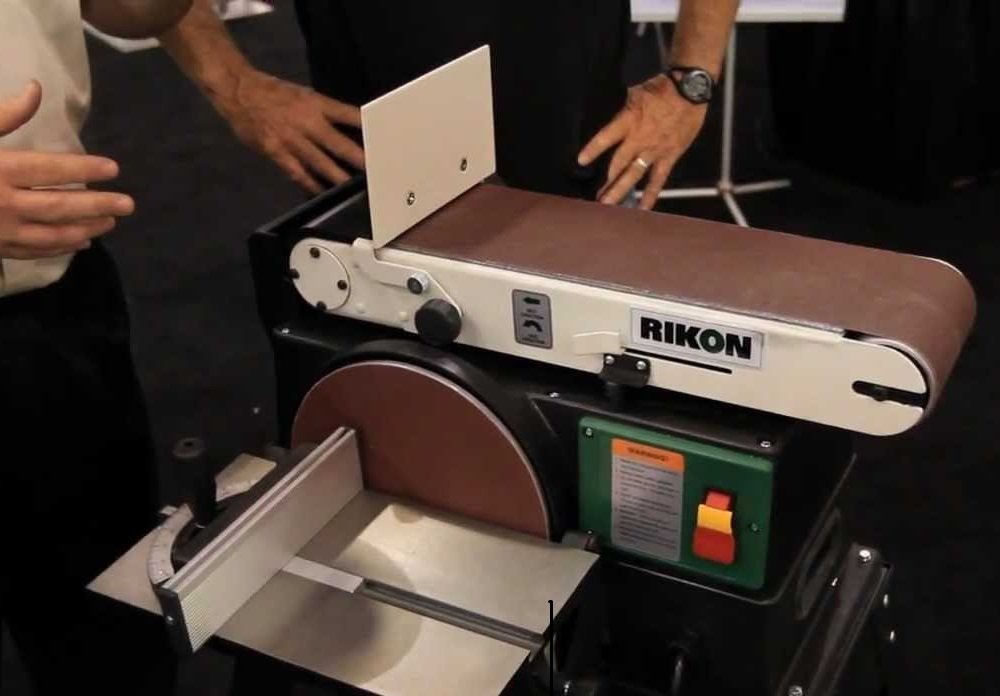 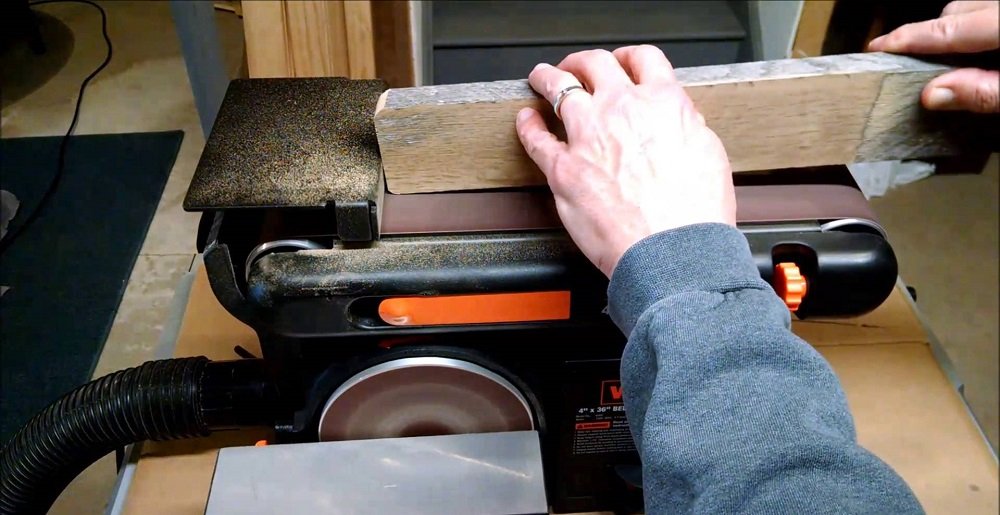